15 women who paved the way for Kamala Harris 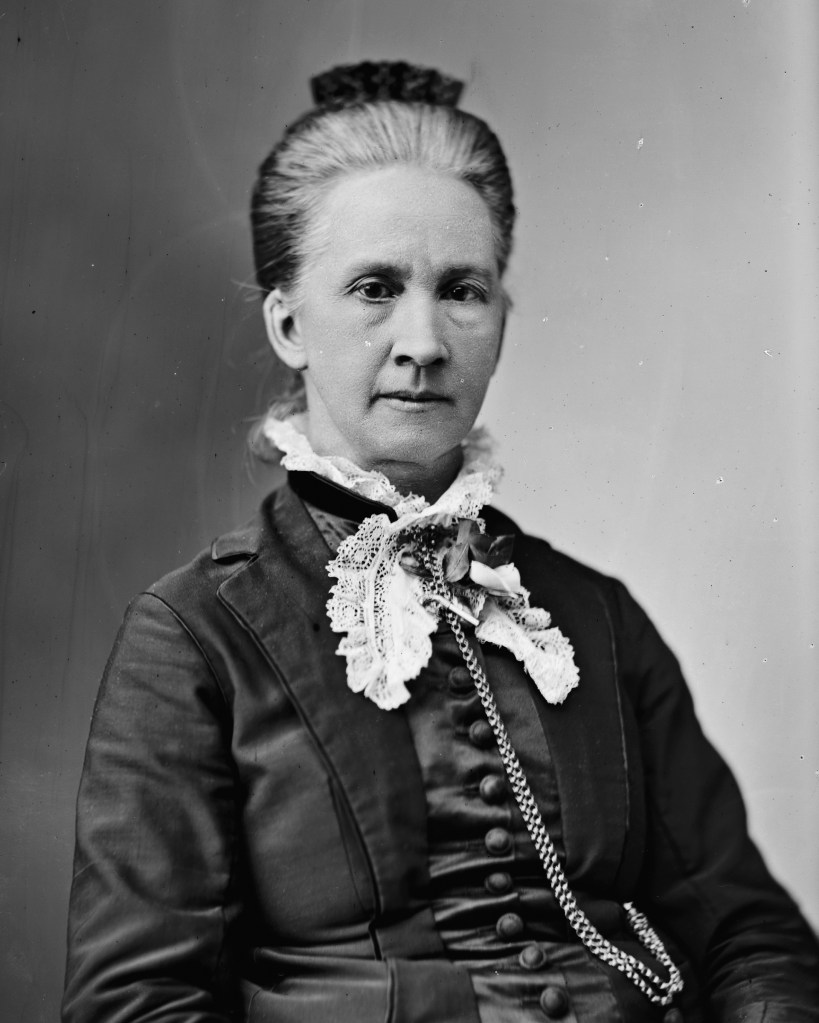 The victory of Joe Biden and Kamala Harris is history-making—for its arrival amid a pandemic, for the tumultuous nature of the 2020 contest, and for its Vice President–elect. Harris, the California senator, will be the first Black woman to serve as Vice President, the first South Asian– or Asian-American woman to fill the role, and the first woman to obtain the nation’s second-highest office.

But Harris isn’t the first to try. Her victory builds on a long history of women who fought for representation in U.S. leadership, from running for office as serious candidates to pursuing symbolic bids as a means of pushing for women’s political participation earlier in the country’s history.

These are the women who paved the way for Vice President Kamala Harris.

In 1872, newspaper publisher, Wall Street broker, and radical suffragist Victoria Woodhull ran for President—and was the first woman to do so, a half-century before women earned the right to vote. Then 33 years old, Woodhull wasn’t legally old enough to be President—a hurdle separate from her gender as she competed against incumbent President Ulysses S. Grant. A celebrity of her time, Woodhull ran on a ticket for the Equal Rights Party and nominated abolitionist Frederick Douglass as her Vice President. He never acknowledged the nomination, and Woodhull didn’t seriously campaign.

In 1884, attorney Belva Lockwood again pointed out the apparent oversight in laws barring women from voting—that there was “no law against their being voted for.” California newspaper owner Marietta Stow nominated Lockwood to run for President, representing the National Equal Rights Party. Stow joined Lockwood’s ticket, and the pair campaigned for office—winning 5,000 out of American men’s 10 million votes cast.

Charlotta Bass, in 1952, was “disappointed” in both the Republican and Democratic parties for their lack of attention to the rights of women and Black people. The owner of the Black newspaper the California Eagle, Bass joined Vincent Hallinan’s ticket through the Progressive Party and became the first Black woman to be a candidate for Vice President. The Progressive duo campaigned against the Eisenhower-Nixon ticket.

Margaret Chase Smith accomplished several firsts: the Republican politician was the first woman elected to the House of Representatives, the first woman elected to the Senate, and the first woman, at the Republican National Convention, “to have her name put in for nomination for the presidency by a major political party.” The Maine senator’s 1964 run for President ended when she lost the GOP nomination to Barry Goldwater. Of her run for the nation’s highest office, Smith said: “I have few illusions and no money, but I’m staying for the finish. When people keep telling you, you can’t do a thing, you kind of like to try.”

Rep. Shirley Chisholm’s 1972 run for President is perhaps the campaign most often cited as breaking ground for Black women in politics. The New York congresswoman was the first Black woman elected to Congress in 1969 and was a founding member of the Congressional Black Caucus and the National Women’s Political Caucus. As she sought the Democratic nomination in 1972, her campaign slogan was “Unbought and Unbossed.” The nomination that year ultimately went to Sen. George McGovern.

In that same cycle, Hawaii Rep. Patsy Mink mounted another campaign for President. In 1959, Mink had been the first woman of color—and the first Asian-American woman—elected to Congress. She appeared on the Democratic presidential primary ballot after the Oregon Democrats invited the congresswoman to run to draw attention to the anti–Vietnam War movement. Mink ran a real campaign in the state, visiting often throughout the primary season; she said her campaign was based on the idea of “humanism.” Mink won 2% of the vote in Oregon and continued to earn votes in other states after she wrapped her campaign.

In 1980, activist LaDonna Harris served as the vice presidential nominee on the Citizens Party ticket alongside presidential nominee Barry Commoner. A member of the Comanche Nation, Harris was the first Native American woman to seek the position. Harris is known for her work advocating for environmental issues and for Indigenous people in Washington, D.C., where she spent time with her husband, Oklahoma Sen. Fred Harris.

As Walter Mondale’s 1984 pick for Vice President, Geraldine Ferraro broke an important glass ceiling: She was the first woman chosen as VP on a major party ticket. The New York congresswoman didn’t make it to the White House after the Mondale-Ferraro Democratic ticket lost out to Ronald Reagan and George H.W. Bush.

In 1993, Carol Moseley Braun became the first Black woman to serve in the Senate; when Kamala Harris was elected to the institution in 2016, she was only the second. It’s Moseley Braun’s 2004 campaign for President, however, that puts her on this list. After she dropped out of the race, Moseley Braun endorsed Howard Dean in a field that ultimately consolidated around Democratic nominee John Kerry.

Sen. John McCain shocked the political establishment when he chose Alaska Gov. Sarah Palin as his running mate in 2008. His choice broke the same glass ceiling that Ferraro had 24 years earlier, this time on the other side of the aisle. Palin was the first woman to appear on the Republican Party’s presidential ticket.

Businesswoman and former Hewlett Packard CEO Carly Fiorina mounted her own campaign for the 2016 GOP presidential nomination—and for a short period of time served as the Vice Presidential pick for Sen. Ted Cruz on his own ticket that year.

Hillary Clinton, through her 2008 campaign for President—and, finally, her 2016 nomination as the Democratic Party’s presidential candidate—came the closest to smashing the “highest, hardest glass ceiling” any woman had in American history. Her loss to President Donald Trump—although Clinton won the country’s popular vote—set the stage for this year’s contest.

Before Kamala Harris was Joe Biden’s vice presidential pick, she was part of a primary field that included a record-breaking—and history-making—number of women. Harris, in 2019 and 2020, ran alongside Sen. Elizabeth Warren, Sen. Amy Klobuchar, Sen. Kirsten Gillibrand, Rep. Tulsi Gabbard, and author Marianne Williamson. That field paved the way for Biden’s promise to choose a woman as his partner on the Democratic ticket—and led him to Harris.

More on the most powerful women in business from Fortune:

The post 15 women who paved the way for Kamala Harris appeared first on nextbreakingnews.