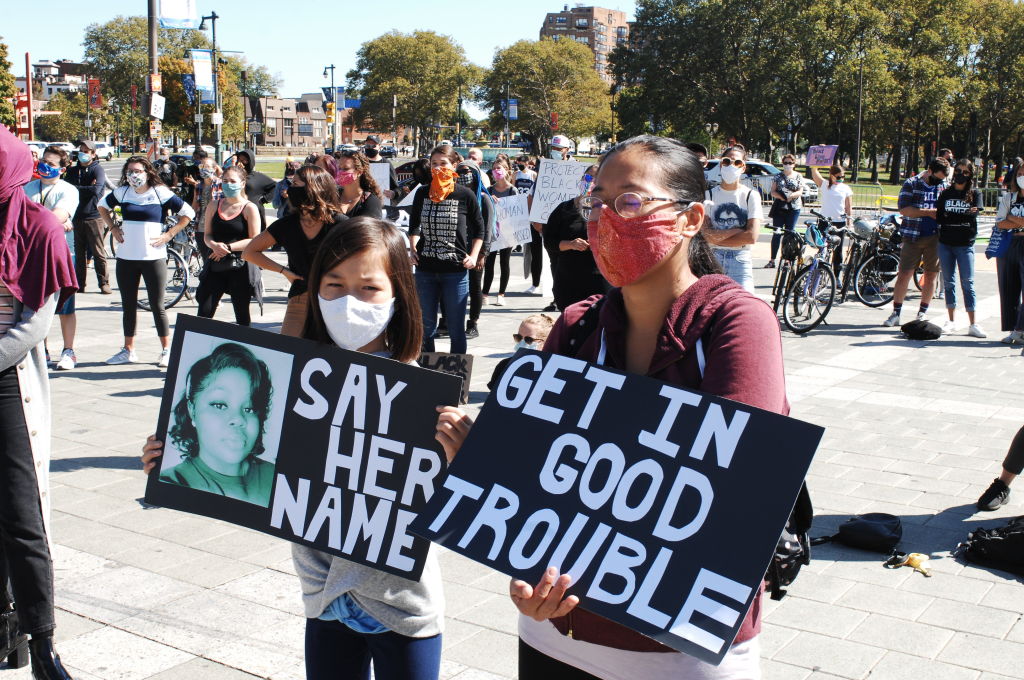 It seems that Breonna Taylor’s case is starting to see a little more justice after two additional officers involved in the botched raid have been fired.

According to published reports, the Louisville, Kentucky, officer who obtained the no-knock warrant and the officer who fired the fatal bullet in the raid of the home of Breonna Taylor both received notice on Tuesday that the police department intends to fire them.

Det. Joshua Jaynes and Det. Myles Cosgrove both received notice on Tuesday that the Louisville Metro Police Department intends to fire them months after calls for justice in the heartbreaking case.

Jaynes, who will be afforded the opportunity to defend himself in a pre-termination hearing on Thursday, was the subject of an internal investigation regarding the warrant he secured in order to raid Taylor’s home on March 13. Jaynes claimed he confirmed with a U.S. Postal Inspector that Taylor was receiving packages to her home addressed to Jamarcus Glover, Taylor’s ex-boyfriend and the subject of a narcotics investigation, a key piece of evidence that is now being heavily disputed as legal and true by his superiors.

Although evidence shows that Jaynes allegedly lied to obtain the warrant, his lawyers are appealing the determination by the force to terminate the disgraced detective citing that he was not on the scene at the time of the shooting and had done nothing wrong according to a statement obtained by ABC News.

“We plan to attend the pre-termination hearing on December 31st, although I expect the result has already been pre-determined,” Thomas Clay, Jaynes’ lawyer said in a statement. “I fully expect Mr. Jaynes will be terminated after the ‘hearing’ no matter what the evidence is to the contrary. We will appeal any disciplinary action taken against Mr. Jaynes because I believe the evidence shows he did nothing wrong.”

previousThe Quarantine Stream: ‘Check It Out with Dr. Steve Brule’ Is John C. Reilly at His Goofiest and Most Fascinating
nextNicki Minaj Opens Up About Her ‘All Night’ Labor & ‘Painful’ Breastfeeding Experience!