Ever since he signed a lucrative deal with Netflix to churn out original movies under his Happy Madison Productions banner, Adam Sandler hasn’t had to worry about box office numbers or the critical consensus, which is just as well because none of his streaming exclusives so far have been subjected to high praise.

Anything with his name attached is guaranteed to draw in a bumper audience regardless of what the reviews say, but even before he took his talents away from the big screen his output always tended to turn a hefty profit in theaters. Since 1998, Sandler has starred in 21 movies that earned over $100 million at the box office, making him one of the most consistently bankable stars in the industry.

His personal brand is so strong that it’s become virtually bulletproof at this stage, with Hubie Halloween the latest mediocre effort to dominate Netflix’s Top 10 most-watched list. In a recent interview, the 54 year-old revealed how he knows if one of his movies is going to be a success or not, and apparently it’s all down to posture.

“I just got it. You get a feeling. When I have a hit coming, I walk differently. The bones feel better, I hear better, I react better to like, ‘Hey, Sandman’ on the street. I’ll go, ‘Hey, what’s up’. When I got something coming out that’s not going to do well, the bones feel dead, there’s no hop, I’m flat-footed, I hear, ‘Hey, Sandman’, and I do this, ‘No, no’. You know? Hubie Halloween’s a hit.”

Obviously Adam Sandler‘s comments are tongue in cheek, and there’s every chance he doesn’t care in the slightest what people think about his movies, especially when he gets to hang out with his longtime close friends every year or so to create an atmosphere that regular collaborator Kevin James has likened to one big party. Based on how he’s remained a massively popular star for a quarter of a century, the approach certainly seems to be working and looks set to continue bringing success for a long time yet based on the recent reports that his Netflix deal could be extended once again.

Ubisoft has released a launch day Watch Dogs Legion patch that addresses the serious issues the game has been causing for players on specific consoles.As per a new post over on the Ubisoft forums, a Watch Dogs Legion hotfix has been pushed out that focuses on “[addressing] the performance issues we’re seeing on PlayStation4, Xbox One, and […] 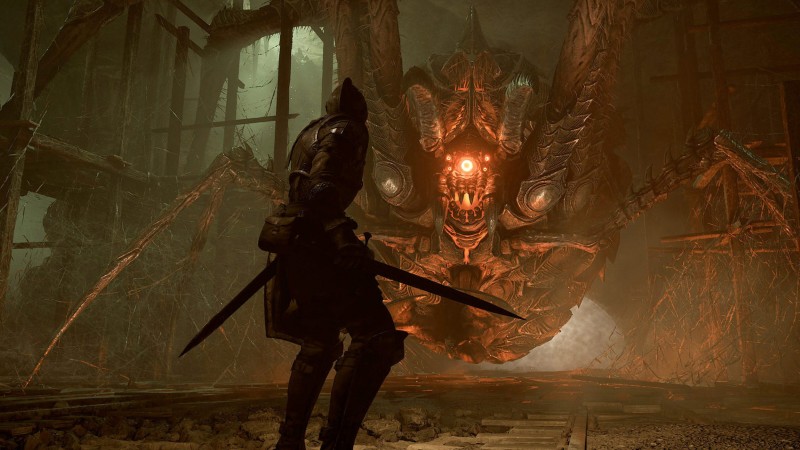 Bluepoint Games is bringing the From Software classic Demon’s Souls back on PlayStation 5. What, if anything, is going to be different? Will they finally nerf that armor-busting spear for PVP? Is World Tendency coming back? How will the Old Monk fight work now? Does Fractured Mode exist (Yes it does!) and what is it? Is the Sixth Archstone finally going to be a thing? We get answers to all these questions and more as we take a deep dive with creative director Gavin Moore in this Game Informer interview. Join us!

Demon’s Souls is scheduled to arrive on PlayStation 5 on November 12.

Anthem’s revamp project is still going, and today, we get a new update.After a bit of a hiatus, BioWare has returned with a new development update from the team currently working on making Anthem fun. While previous updates tackled loot and itemisation, this one is about skills, specialisations, builds and progression.One thing that’s hard to […]

The post Look at these Destiny-style menus and designs in the new Anthem appeared first on VG247.

Xbox boss Phil Spencer has stated that the Xbox Game Pass subscription service is “completely sustainable” at its current price.Whilst chatting to the hosts of the Dropped Frames podcast, Phile Spencer chatted a little bit about the future of Xbox Game Pass, after some developers have apparently questioned the long-term feasibility of Microsoft’s subscription service.“I’ll be honest, […]

October 29, 2020
Hello everyone! This is Naoki Yoshida, producer for Final Fantasy XVI. Everyone here in the development team is currently working together on a massive scale to bring you an all-new game worthy of the Final Fantasy name. Our next major announcement is planned to take place in 2021, but ahead of that, we revealed the […]