Some of the country’s most hot-button issues were those that Judge Amy Coney Barrett refused to address on Tuesday during the second day of the Supreme Court nominee’s confirmation hearing.

Barrett’s refusal to state explicit stances on such controversial issues came as little surprise, given precedent and remarks in her opening statement from the day prior.

“Justices can’t just wake up one day and say, ‘I have an agenda, I like guns, I hate guns, I like abortion, I hate abortion,’ and walk in like a royal queen and impose their will on the world,” Barrett told members of the Senate Judiciary Committee Tuesday. “They have to wait for cases in controversies, which is the language of the Constitution.”

Any specific cases involving such topics, Barrett continued, would need to be considered on an individual basis, and it would be irresponsible for her to have any predetermined dispositions.

“If I give off-the-cuff answers, I would be basically a legal pundit, and I don’t think we want judges to be legal pundits,” Barrett responded, when asked by Sen. Dianne Feinstein (D-Calif.) if Trump could delay the Nov. 3 election, as the president suggested this summer. “If that question ever came before me, I would need to hear arguments from the litigants, read briefs, consult with my law clerks, talk with my colleagues and go through the opinion writing process.”

On abortion rights and whether Roe v. Wade should be struck down, Barrett said it would be “wrong” for her to answer because “it signals to litigants I might tilt one way or another on a pending case.”

And on the ACA, which protects roughly 130 million Americans with pre-existing conditions, Barrett vowed to be “100 percent committed to judicial independence from political pressure.”

Barrett, as have other judges nominated by Republican presidents, cited the “Ginsburg Rule.” It was coined from the liberal justice’s 1993 confirmation hearing when she laid out why she would refrain from going into detail about certain cases that could come before the nation’s most powerful court.

“Were I to rehearse here what I would say, and how I would reason on such questions, I would act injudiciously,” Ginsburg said at the time. “Judges in our system are bound to decide concrete cases, not abstract issues. A judge sworn to decide impartially can offer no forecasts, no hints, no previews.”

Barrett tried to offer reassurances that she will go into any case involving the ACA with an open mind.

Barrett’s lack of detailed responses did little to quell Democrats’ fears that the conservative nominee would vote to strike down the ACA. This notion is based upon criticism she levied toward Chief Justice John Roberts’ opinion in 2017 when she was a law professor because of his ruling upholding the law.

The Supreme Court will hear a case brought forth by Republican state attorneys general—and backed by the Trump administration—one week after the election that seeks to dismantle the Obama-era health care provision.

“So far, she has perfected the art of non-answers. And I think she has revealed that she’s evading a lot of the tough questions,” Sen. Richard Blumenthal (D-Conn.) said. “The impact on the American people of seeing her, in effect, dodge or decline to answer will have an effect.”

Senate Minority Leader Chuck Schumer focused on Barrett’s refusal to address Trump moving the election. The New York Democrat suggested the judge was making a direct appeal to the man who nominated her rather than to the rule of law. Barrett has rebuffed Democrats’ appeals that she recuse herself from any future cases involving the election, and she said no one from the White House talked with her about any pre-commitments on future cases.

“Her refusal to stand up to the president on this obvious legal question is alarming, and indicates that she is more interested in pleasing President Trump than she would be in stopping his illegal behavior,” Schumer said in a statement. “Judge Barrett should immediately pledge to recuse herself from any cases involving the 2020 elections.”

Senate Judiciary Committee Chairman Lindsey Graham, who is leading the confirmation hearing, indicated that Barrett’s thoughts on the matter were moot, because it is already clear the president lacks constitutional authority to alter the election date and that he would never try to do so.

“I don’t know of any constitutional provision that would allow the president to delay the election, but if somebody makes that argument, I’m sure she will listen to it,” the South Carolina Republican told reporters. “I don’t know of anybody suggesting that.”

Graham insisted that the election won’t be delayed.

“I’m very confident we will have a vote on November the 3rd,” he said. “It’ll take some time to get all of the results in, but we’re not going to delay the election. We didn’t delay it in WWII, we didn’t delay it during the Spanish Flu.”

October 26, 2020
Related:
Coming Soon to Xbox Game Pass for Android, Console, and PC: Celeste, Grim Fandango, PUBG and More
This Week on Xbox: October 23, 2020
A Walk Over the Pumpkin Patch: How Pumpkin Jack the Game Came About
October 26, 2020
Everyone at Counterplay Games is pumped to be launching on PlayStation 5. The process has been a thrilling ride as we’ve had the new tech presented and demonstrated to us pretty much every step of the way. We made the decision early on that we would leverage PS5’s capabilities as much as possible to help […]
October 26, 2020
NOTE: Release Date: 12/31/2020
October 26, 2020 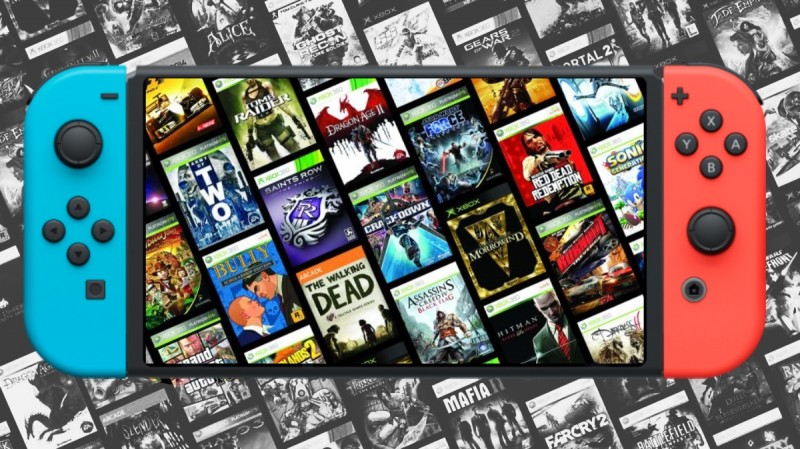 The team over at Microsoft has expressed interest in the past regarding Xbox games on the Nintendo Switch platform, but it looks like that interest may have evolved since those initial comments. Xbox boss Phil Spencer recently sat down to talk about acquisitions, renewed first-party focus, and more, but he also opened up on why the company’s stance has changed despite its positive working relationship with the Big N.

In a recent interview with GameReactor, Spencer went into more detail about where the company is currently at regarding their titles on Nintendo Switch platforms. While we’ve already seen some bleed-over between systems, it was assumed that there would be a bigger presence than there is now.

When talking about Xbox and Nintendo’s partnership, Spencer began reiterating his philosophy that games should be played without limits, “If I start at the highest level, I believe great games should be able to be played by as many people as possible. I believe that in my core. I love this art form of video games, the interactivity, and the community around it. Both the social discussions, the camaraderie that you and I might feel as we are doing a Destiny strike together, and so on. I love the fact that games can bridge political lines, geographical lines, socioeconomic lines, and religious lines. Online I’m just P3 playing on Xbox Live, you might be whatever you are, and I think that is an awesome, awesome thing about gaming. That is not an Xbox thing, that is true of our industry. So, when I think about games, I want games to be played by as many people as possible, that is part of our strategy at Xbox.”

That being said, what does that mean for Xbox specifically? He added:

The question that we get then is sometimes, what about this specific closed platform? And that I really mean there is we’re either kind of all in or not all in on one of these closed platforms. I don’t think its healthy where for every first-party game that comes out I have to get the question, is that coming to Switch or is that coming to Switch, and it not because, I love Nintendo and our relationship with what we are doing, that want us to be all in or not, and there is this expectation from customers like there is now on PC, where people don’t really question – there might be some timing things, on when certain things happen – but if we are shipping a first-party game it’s coming to PC.

If we are shipping a first-party game on PC it’s coming to Steam and our own store. Like we built an expectation from our customers. That’s my goal, and then there will be, as you said, maybe little anomalies every so often and because of relationships and certain developers that want to do certain things, but my goal is: make games as playable by as many people as possible so that this art form continues to grow. And I wanna be all in on the places where Xbox is, so a customer of those platforms can have an expectation that I’m gonna get to go play. And I feel good about the games that we are building, and I feel good about that on PC. You know if I rewind five years ago, I would say over and over, that we are committed to PC and then get a bunch of eye rolls, and rightfully so for we weren’t doing much. But I think now when you look at what our standing is on Steam and Game Pass on PC, we have shown that our commitment over time has paid off. PC customers may or may not love what we do, but they know that when we are shipping things, we’re gonna do our best effort on PC as well as on Xbox.

PlayStation and Xbox have two very wildly different strategies going into next gen, something we broke down extensively a few weeks ago. While Microsoft is less concerned about hardware sales than Sony and is more focused on gaming services, that doesn’t mean that they don’t care about their own systems and its evolving ecosystem. The Xbox brand is on the precipice of change, a much needed transformation following the disastrous launch that was the early Xbox One era. The company has been making phenomenal leaps into that change, despite it being a lengthy and – at times – a slow moving process.

Thoughts on how the Xbox brand has evolved under Spencer’s leadership? Sound off in the comment section below!

October 26, 2020
Hi everyone – we wanted to share a quick update on our plans for Destruction AllStars. We’ve decided to move the game’s release from November 2020 to February 2021, where it will be included for two months in PlayStation Plus at no additional cost.  Destruction AllStars is a multiplayer game that’s at its best when […]