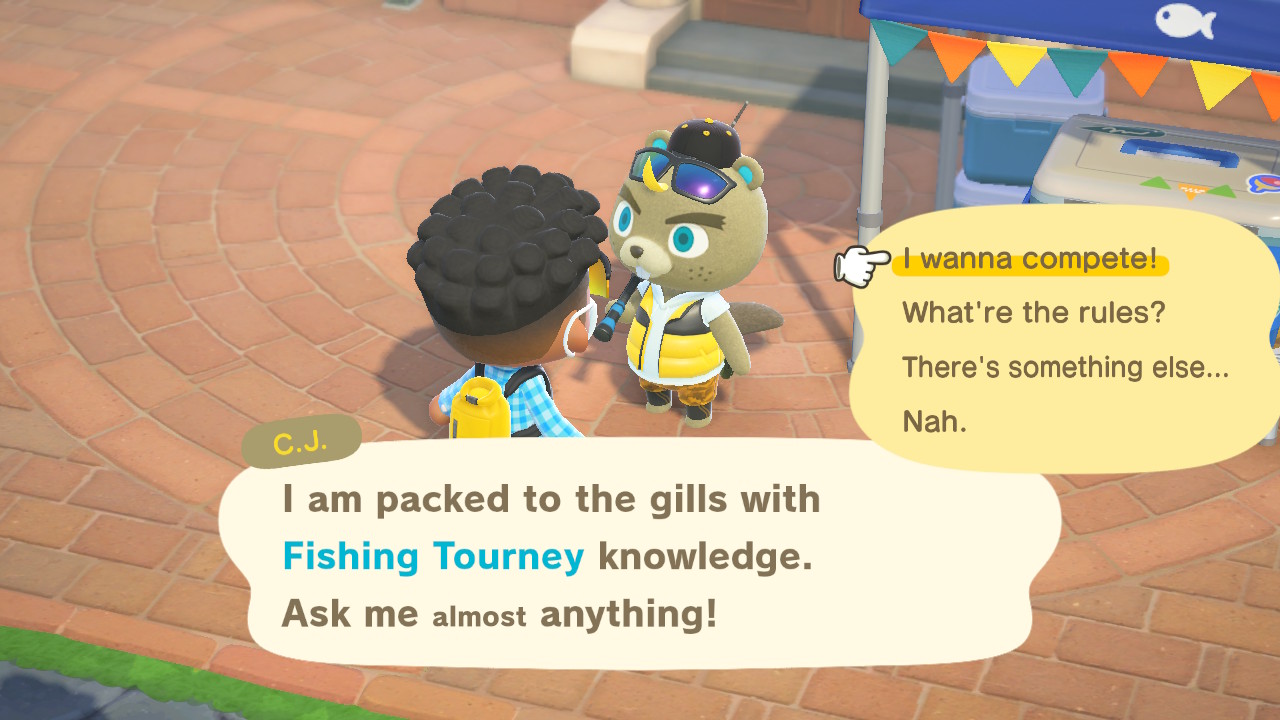 At long last, it’s time for the Winter Fishing Tourney in Animal Crossing: New Horizons! Players in the northern hemisphere can take part in this quarterly event — hosted by the adorable blue-eyed beaver C.J. — on Saturday 9th January 2021.

And for once our friends in the southern hemisphere will be able to play right along with us, since their Summer Fishing Tourney will also be held on January 9th.

The Fishing Tourney runs from 9AM to 6PM local time, but is it worth spending hours of your day taking part? Here we list the prizes, points and trophy rewards, just in case you’re curious.

The fishing tourney will happen again, but this day is the only opportunity between now and April to get involved and get some of the unique fishing tourney prizes – since the tourneys happen quarterly with the seasons.

If you’ve been playing ACNH since launch, this is your island’s fourth Fishing Tourney, and the final one of the game’s first year. Players who have been keeping up will be rewarded with their fourth and final Fishing Tourney Nook Miles Reward for their dedication.

But if you came to the game a bit later or have missed a few, not to worry: you’ll still get a Nook Miles Reward for participating, you just won’t have the full set yet.

Fishing Tourney Time, Rules and how to participate

The Animal Crossing Fishing Tourney is pretty simple, all told: it takes place this Saturday, January 9th, from 9AM until 6PM your local time. C.J., who you’ve probably met before occasionally visiting the island to satisfy his outright obsession with fish, will be back – but this time he’s hanging out in the town square complete with a little stand to promote the fishing tournament.

To participate, all you have to do is speak to C.J. and he’ll enter you in. The first time is free, but after that you’ll have to pay 500 bells for each and every time you want to enter. A fishing tourney ‘entry’ is basically a timed event: you have three minutes to catch as many fish as you possibly can, and at the end of the three minutes you’ll be rewarded points for how many you’ve caught.

The rules are pretty simple in that you can’t actually ‘cheat’ – you’re free to use fish bait if you have it. We highly suggest digging up a bunch of Manila Clam on the beach and crafting to turn them into fish bait. Stockpiling Fishing Rods isn’t a bad idea either – and if you’ve completed the fish section of your Critterpedia by now, you can now craft a much more durable golden fishing rod.

How to win the Fishing Tourney, earn points and get prizes in Animal Crossing New Horizons

The tournament in New Horizons is different from the past Animal Crossing Fishing Tourney events. Previously, the size and breed of fish you catch would be factored into how many points you’d earn; but in New Horizons it’s all about quantity rather than quality. Each and every fish you catch is worth one point, and you’ll get a bonus two points if you catch more than three fish in each three-minute fishing session you enter into.

Older games in the series would also see you competing against the residents of your island for prizes and trophies; but that’s no longer the case in ACNH, where you’re only playing to add points to your own score.

You don’t need to worry about inventory space while fishing, as all fish are automatically teleported back to C.J.’s cooler once caught. 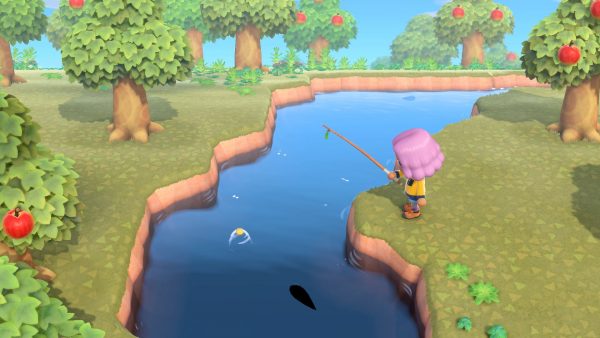 At the end of each session points will be counted up and added to your running tally for the day, along with any points you might have carried over from previous fishing tourneys in ACNH.

There are also trophies. Getting the trophies is based on your cumulative points total across the entire day’s worth of fishing, as well as any points you’ve earned in previous fishing tourneys (including ones you’ve already traded in for prizes). The Bronze, Silver, and Gold fishing trophies unlock when you earn a grand total of 100, 200, and 300 points respectively.

As well as the trophies, the points you earn can be traded for special unique fishing tourney prizes. There are 13 prizes in total, and each item costs ten points; so unless you’re willing to catch hundreds of fish, you probably won’t be able to get all of them in one day. Prizes are chosen randomly, but C.J. will usually give you the full set before resorting to duplicates – so if you’ve got your heart set on a particular item, it’s worth being persistent.

ALSO READ  Star Trek Online: The Future of the Klingon Empire is at Stake

On top of that, C.J. will offer to buy any fish you catch – and he’ll buy them at a little more than the going rate for fish prices at Nook’s Cranny. Here’s all the prizes:

To maximise you fishing tourney haul, try staying in one spot close to the sea shore or river bank, and spam fishing bait so you don’t have to run around looking for things to catch. Either way, happy fishing, and we hope you get the items you want!