Are Kim Kardashian and Kanye West Getting Divorced? Here’s What We Know 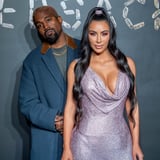 Kim Kardashian and Kanye West may be going their separate ways after six years of marriage. On Jan. 5, Page Six first reported that “divorce is imminent” between the the 40-year-old mogul and 43-year-old rapper, citing multiple sources. E! News also revealed that Kim and Kanye were no longer together, though Kim has yet to officially file for divorce because “she wants to make sure she’s making the right decision for the kids,” an insider told the publication.

The source continued, “It’s gotten to the point where they haven’t spent time together as a married couple in months. They’ve seen each other for the sake of the kids but have been living separately. Kim knows the marriage is over. She’s known for a while.” The insider added, “It’s not about the marriage anymore, she’ll always care for Kanye but it’s over between them. Kim is only focused on what’s best for the kids. It’s a tough decision for her and she’s figuring it out.”

Later in the evening on Tuesday, People reported that while Kim was preparing to file for divorce, the couple was in counseling to work on their relationship. “They have been working on their marriage for a long time, but no decision has been made,” the source said, according to the publication. Another source added that, “it’s not over yet” and “they are still trying to see if the marriage can be saved.”

Kim and Kanye’s romance dates all the way back to the spring of 2012 when they first began dating. They got engaged a year later when Kanye popped the question by renting out San Francisco’s AT&T Park for Kim’s 33rd birthday celebration, and in May 2014, they tied the knot in a lavish wedding in Italy. Kim and Kanye have four children together, 7-year-old daughter North, 5-year-old son Saint, 2-year-old daughter Chicago, and 1-year-old son Psalm. Their last public appearance together was during Paris Fashion Week this past March, however, Kim celebrated the 10-year anniversary of Kanye’s My Beautiful Dark Twisted Fantasy album on Instagram in November.