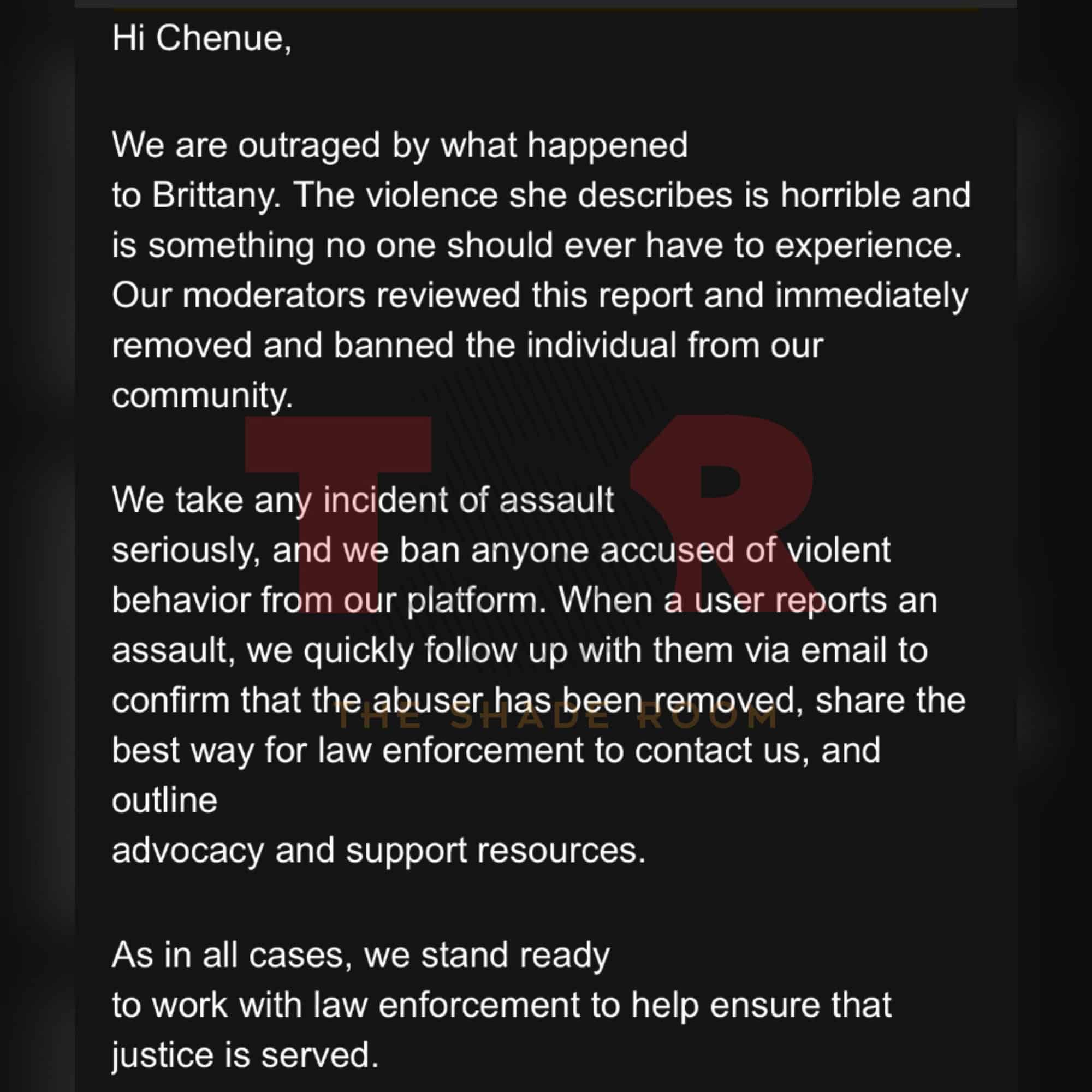 Dating is hard out here in these streets! We’re all looking for that special somebody, and dating sites have made it somewhat easier to find a potential bae. An Atlanta woman thought she met an amazing man on the app Hinge, but after a date night with him, things took a turn she never imagined.

Brittany Correri thought she met an amazing man on the app Hinge, but after a date night with him, things took a turn she never imagined. Brittany went on a date last Wednesday night to an Atlanta lounge and accompanied her date to his home. During the drive, her date became very angry with her and hit her in the face several times due to her having a ”slick mouth,” according to 11 Alive News.

In a detailed Instagram post, Brittany explained the incident. She said after they left the club Thursday morning, the alleged attack started. Brittany explained, “He started beating me in my head, punching me everywhere – my forehead, my temples, my cheeks, jaws, throat, arms, my back. He was just telling me that the date cost too much that I’m not worth that.”

The date drove her around for hours against her will and even drew his gun on her and told her that he would kill her. She said she thought her life was over. He allegedly dragged her from the car, and that’s when a security guard saw the incident and intervened.

ALSO READ  Varun Dhawan and Sara Ali Khan talk about the experience of working in Coolie No.1

Atlanta Police officers were contacted and responded to the area around 6:30 a.m Thursday and are still working to find out where the man is located along with his identity. 11 Alive’s Reporter Cheune Her reached out to Hinge and received a lengthy response. A Hinge representative stated, ”We are outraged by what happened to Brittany. The violence she describes is horrible and is something no one should have ever to experience.”

Hinge continued saying that the user would be banned from the website, and Hinge is prepared to work with law enforcement to help ensure justice will be served.

Ladies, be careful on dating apps!

The post Atlanta Woman Warns Others After Allegedly Being Beaten By Date She Met On Hinge App appeared first on The Shade Room.

previousScott Disick Is Dating This 19-Year-Old Model & Fans Are Not Happy About It
nextTikTok Star Charli D’Amelio Slams Critics Who Say She ‘Glowed Down’ & Used To Look ‘Prettier’!