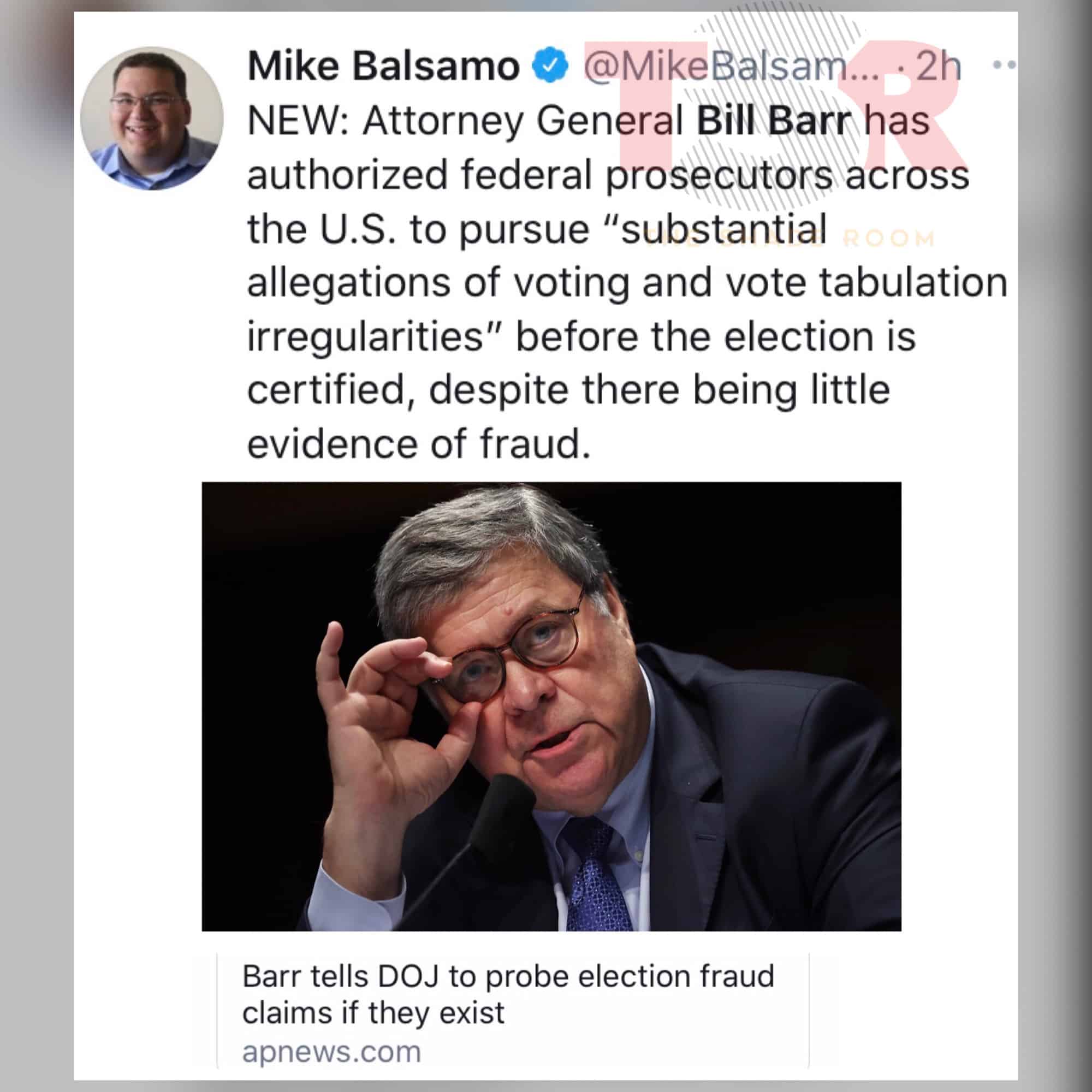 Roommates, Attorney General Bill Barr has just released a statement ordering federal prosecutors nationwide to look into “voting irregularities” at the request of the Trump administration following the election of Joe Biden as president. It should be noted that there is no evidence of voter fraud regarding the presidential election despite Donald Trump and his cabinet continuously suggesting otherwise.

Bill Barr’s action comes days after Joe Biden defeated Donald Trump and raises the prospect that Trump will use the Justice Department to try to challenge the outcome. It gives prosecutors the ability to go around longstanding Justice Department policy that normally would prohibit such overt actions before the election is certified.

Trump has not conceded the election and is instead claiming without evidence that there has been a widespread, multi-state conspiracy by Democrats to skew the vote tally in Biden’s favor. Bill Barr is also a very close associate of Trump and many political experts believe that his decision is an attempt to appease Trump, who refuses to accept his loss.

Biden holds a sizable lead in multiple battleground states and there has been no indication of enough improperly counted or illegally cast votes that would shift the outcome. In fact, election officials from both political parties have publicly stated the election went well, though there have been minor issues that are typical in elections, including voting machines breaking and ballots that were miscast and lost.