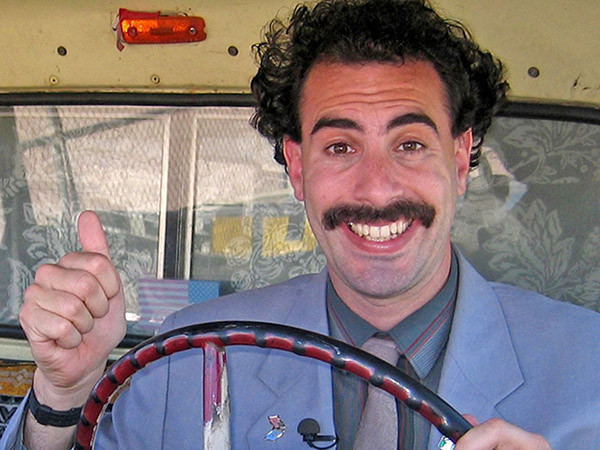 Borat Subsequent Moviefilm is a sequel to 2006’s Borat: Cultural Learnings of America for Make Benefit Glorious Nation of Kazakhstan. The earlier film showcased the various misadventures of the clueless Kazakh journalist Borat (Sacha Baron Cohen), who goes through interpreting the American way of life in his own unique way, providing us with plenty of laughs and plenty of insights as well about middle-class America. Through its prank comedy style of reportage, the film explored the random hypocrisy of the common American people, who have no clue they were being racist, or that their thoughts and actions are out of sync with reality. The film came out before the advent of social media and of smartphones. It was a different world it was projecting and targeting a president — George W Bush II. Here, the film brings up several real-world concerns, including COVID-19 and the American administration’s casual response to it. It also targets the present American president Donald Trump, though not as savagely as we would have hoped. It also sends across a message to the American people to vote. The film apparently rushed through its release to catch the pre-election dates.

The film’s title in entirety is Borat Subsequent Moviefilm: Delivery of Prodigious Bribe to American Regime for Make Benefit Once Glorious Nation of Kazakhstan. Borat, who has been charged with treason and has been living in a prison ever since, is instructed by Kazakh authorities to bribe a senior politician in the Trump administration so they take their country seriously. Borat comes to know that the American politicians like younger girls so he hits upon the idea of making an offering of his own 15-year-old daughter, who has somehow smuggled herself across to America, either to Trump, or to Mike Pence and to Rudy Giuliani as the last resort. His daughter is played by Maria Bakalova, who has been brought up believing that women are the property of men, they lack libido and are incapable of taking decisions on their own. Coming to America opens her eyes to a new way of thinking and learns what it means to be a free woman. Through her, the film takes potshots at the beauty industry which insists on cosmetic perfection, the gold-digger tendencies of seemingly liberated women, the pro-life tendencies of the religious fanatics who won’t consider abortion even in the face of rape and so on.

Borat himself exposes the callous hatred displayed by the common Americans towards people who they feel are different from them. A helpful salesman helps him with enough items to murder a small group of people when he comes to know that Borat wants to target gipsies. Another cake maker writes an anti-Jew message on a cake without thinking twice. He’s later shown to be sheltered by two men who hate Obama and who are delighted when he comes up with an anti-liberal song. We also see the common Americans treating the threat of the coronavirus in a casual manner. They don’t want to wear masks and consider their desire to do so as their constitutional right. And social-distancing is pretty much non-existent. It’s made amply clear that the administration is in no mood to risk the ire of the vote bank by putting in harsher measures against the pandemic, as it would be an unpopular move.

In their own eyes, these ordinary folks are good people. They’re blind to their hatred because they can’t see it for what it is. Which is something sadly true of all bigots everywhere. Not everything the film does has gone right. Borat’s encounter with an actual Holocaust survivor starts with a great build-up but then the momentum peters down. The fertility dance sequence at the debutante ball plain grosses you out. Maybe it’s because the first film was way funnier. Also, the candid camera uniqueness of the first film isn’t there anymore. We’ve all seen that before so the repeat doesn’t cut ice. We’re no longer as shocked by the proceedings as we were before.

Director Jason Woliner has written-in the running gag that thanks to his antics of 14 years earlier, Borat is a celebrity in America and is instantly recognisable. This gives Sasha Baron Cohen the leeway to explore different wigs and costumes to stay incognito. Needless to say, each get-up is more deliberate and ridiculous than the other. The director has also brought-in an emotional core to the film by focussing on the father-daughter bond. The realisation that he actually loves his ‘non-male’ child brings a kind of redemption to Borat and helps him become a better person.

Sacha Baron Cohen is in fine form here, doing his best to expose human foibles and follies. His sense of coming timing is second to none. He makes the complex role look easy. He had earlier declared that he’s retired Borat and we’re all glad the character got resurrected. Cohen has found a fine partner in Bulgarian actress Maria Bakalova. Their father-daughter dynamics is spot-on and her solo scenes where she learns to be her own person are nicely acted as well.

All-in-all, while the sequel might not have the bite and the wildness of the first film, Borat Subsequent Moviefilm retains enough of the madcap humour to keep us laughing throughout. What we would like to know is how Rudy Giuliani allowed himself to be part of the film as it portrays him in an unflattering light…