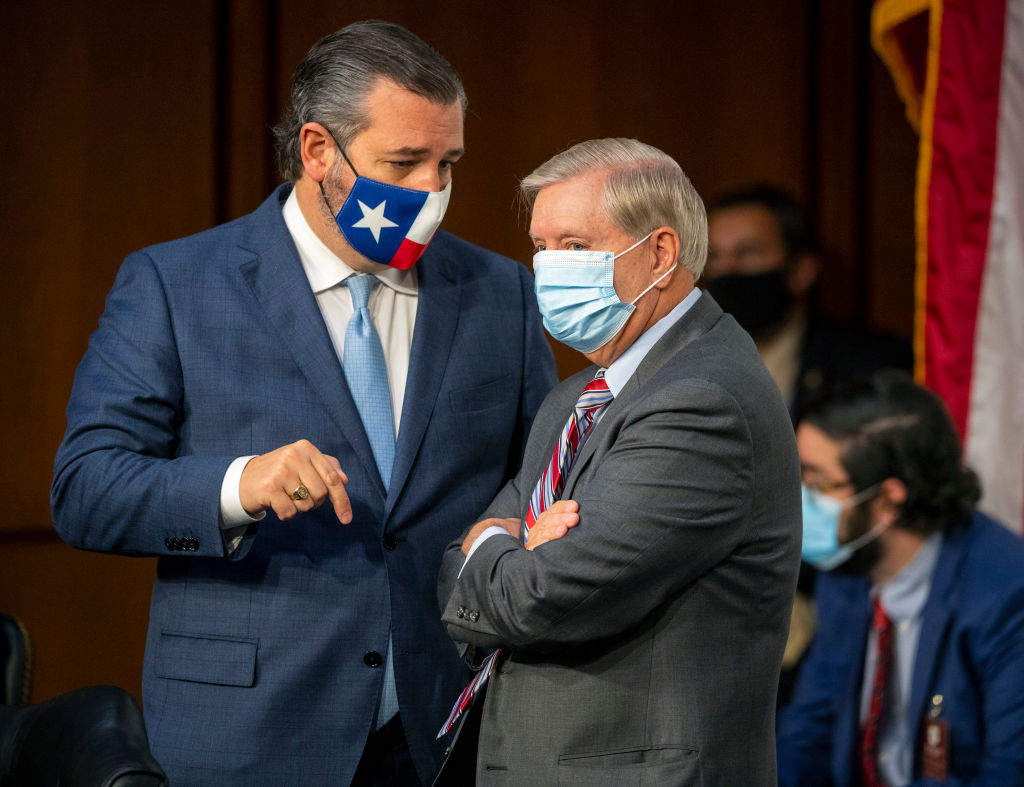 For the past few years Republican Senator Lindsey Graham has been getting all the slander for brown-nosing Donald Trump every chance he’s given. But conservative talk show host Charlie Sykes took things a step further and referred to Graham as Donald Trump’s personal penile concierge.

During an interview on Joy Reid’s The ReidOut on MSNBC, the OG conservative Republican went for Lindsey’s jugular when talking about Graham’s enabling of Trump’s worst impulses and said Lindsey Graham “has been Donald Trump’s fluffer for the last four years.” Knowing the connotation behind the reference, Johnson burst out in laughter while Sykes continued to make his point.

While Syke’s made a valid, yet slanderous point, Lindsey Graham’s rumored homosexuality made the metaphor that much more pointed. Just google “Lady G” and see what we’re talking about, allegedly.

Knowing what he meant when he called Graham a “fluffer,” Leslie Jones reveled in the moment as we all did.

Best believe that’s not the last time we hear anyone refer to Lindsey Graham as a “fluffer.” It’s too spot-on at this point—again, allegedly.

Do y’all think Charlie Sykes went too far or was correct to make the comment that he made? Let us know in the comments.