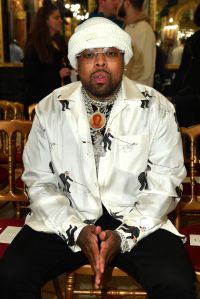 Westside Gunn has one of the most impressive discographies in Hip-Hop, viewing himself as the genre’s top curator, and that cannot be argued due to Griselda’s success. With news of the Buffalo rapper and designer angling for retirement, WSG has since walked back that statement and will continue to release more audio art.

On Sunday (Jan. 3), WSG took to Twitter and shared the news as only he can.

“Y’all don’t know this GUNN tho, just know GOD IS THE GREATEST and I’m just getting started… btw I’m not retiring either not just yet it’s more work to do,” Westside Gunn wrote, complete with all the corresponding captions.

Y’all don’t know this GUNN tho, just know GOD IS THE GREATEST and I’m just getting started… btw I’m not retiring either not just yet it’s more work to do #FLYGOD #ICON #LEGEND #GXFR #CULTURE #BUFFALOKIDS pic.twitter.com/vWfcRbsu4R

After roasting some online detractors in his usual fashion, Gunn jabbed at the fleas on back and kept it pushing, announcing that he might even try out comedy when he does hang up the microphone.

“I told y’all I’m sorry lol… I be bored sometimes the GRISELDA hate be better than Netflix like wat kindve person are u to hate Us I get amused and start diggin deeper.. I’m a weirdo like that sometimes plus I be practicing my comedy skills for when I do retire,” Gunn tweeted on Monday (Jan. 4).

Later that day, Gunn shouted out a list of albums he wants to see in the coming year, including work from his Griselda base primarily.

Last year, fans assumed there was beef between the Griselda, TDE, and Dreamvile camps. Gunn put those concerns to rest a bit ago, but a new tweet hammers the point home.

“Also I know @dangerookipawaa gonna come f*ck some sh*t up like they always do so I’m definitely looking fwd to that #Culture #TDE,” Gunn wrote.