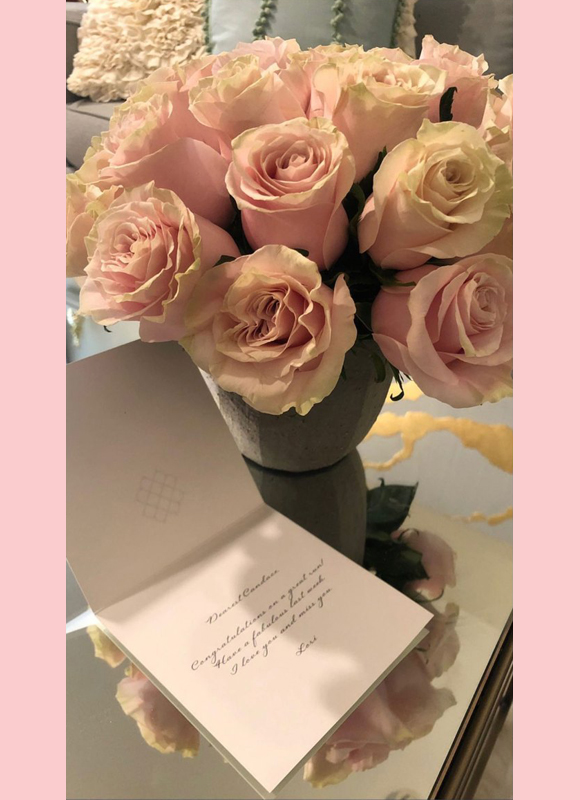 Lori Loughlin’s Full House family had her back amidst her legal drama — and it looks like she had theirs, despite getting fired from the hit revival series.

Fuller House producer and star Candace Cameron Bure commemorated the anniversary of the show’s series finale on Instagram on Sunday, and although Aunt Becky wasn’t present, she was apparently still part of the special day. First, Candace posted a video of herself hugging co-star Andrea Barber with the caption:

“One year ago today, we said our final goodbyes to Fuller House. 5 amazing seasons filled with love, laughter and a few tears. I miss you all so much! #SheWolfPack #friendsforever #FullerHouse #family.”

Related: How Lori’s Family Is ‘Supporting Each Other’ Amid Her Prison Sentence

She shared some more behind-the-scenes shots from the finale over in her IG stories — including a lovely note from the now-incarcerated actress. Paired with a beautiful bouquet, the message read:

“Dearest Candace, Congratulations on a great run! Have a fabulous last week. I love you and miss you.”

Well, say what you will about the way the 56-year-old refused to take accountability for her actions in the college admissions scandal — and we have — but wishing her former coworkers well after getting fired is a classy move. And it seems like the extended Tanner family really do love each other, which is very sweet.

Barber, aka Kimmy Gibbler, spoke to Us Weekly back in 2019 about filming the final season without Loughlin. She told the outlet:

“She was a big part of Fuller House. She wasn’t in every episode, but her presence was definitely felt. We loved every single time she came on the set. So we have definitely felt her absence this season. … “We wish it wasn’t that way, and we wish she could be here because it definitely feels like there’s a hole in our hearts and a hole on our set.”