Last week was Friday the 13th, and in honor of the terrifying day that comes around every so often, Waxwork Records announced the arrival of the Friday the 13th Part VIII: Jason Takes Manhattan soundtrack on vinyl. Jason stalks a group of high school graduates on a ship on the way to New York City, and he has quite the graduation present for them. The album art for the first-ever vinyl release of the score by Fred Mollin features Jason peeking through a porthole window and peeking through the subway. 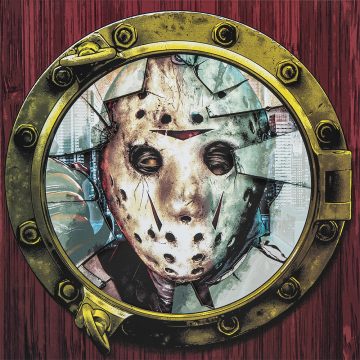 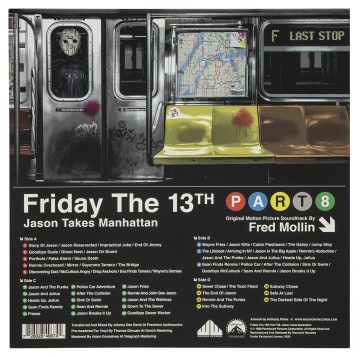 Released in 1989, Friday the 13th Part VIII: Jason Takes Manhattan is an American slasher-horror film written and directed by Rob Hedden and stars Kane Hodder as Jason Voorhees. The eighth installment of the series follows Jason as he stalks a group of high school graduates on a ship en route to New York City.

The film’s musical score was composed by Fred Mollin, who worked with longtime Friday the 13th composer Harry Manfredini on the previous installment, Friday the 13th Part VII: The New Blood.

Jason Takes Manhattan was the first film in the series not to feature Manfredini credited on the score. Navigating away from traditionally used strings and horns, Mollin’s score to Jason Takes Manhattan is electronic based and utilizes digital keyboards and synthesizers popular of the time. 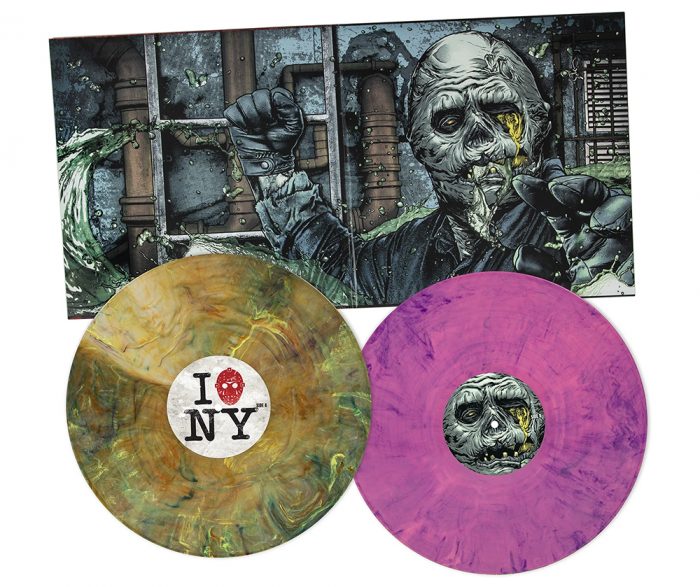 The score was sourced from the original master tapes from the Paramount Pictures vaults, and it’s been restored and remastered on the 2xLP record on NYC Grime and Hot Pink Flying V colored vinyl. The two records are housed in a die-cut gatefold jacket with printed inner sleeves, all featuring artwork by artist Anthony Petrie.

READ  The Mandalorian Had A Sneaky Snoke Reference Last Episode

Unfortunately, the album that was available for pre-order for $40 seems to have sold out rather quickly, but Waxwork Records has done variants and re-releases of records plenty of times before, so stay tuned to their website to see if you can get your hands on one.