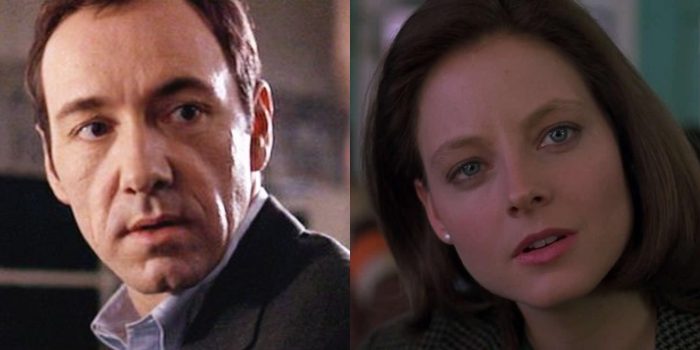 David Fincher is notorious for having a very particular way of doing things. It’s gotten the filmmaker in the headlines a couple times: Oh, Gary Oldman had to do 100 takes; oh, production shut down because of Ben Affleck’s hat.

But every now and then, one of those tics will prevent Fincher’s project from ever getting off the ground. See: the upcoming Mank, which had been a longtime passion project for Fincher, with a development history reaching back to the ’90s. Fincher’s father Jack wrote the script in the 1990s, and the filmmaker originally intended to film it after he completed The Game in 1997, but the project sadly fell apart. But what would the ’90s Mank have looked like? For one, it would likely have starred Kevin Spacey and Jodie Foster rather than Oldman and Amanda Seyfried, Fincher revealed.

Mank arrives on Netflix this December after a long and arduous journey. But it likely would have taken this long anyway, as Fincher’s ambitious vision for the film — in black and white, and shot in a style that would emulate films from the Golden Age of Hollywood — would only have been greenlit by a risk-taking streamer like Netflix. In an interview with Variety, Fincher reveals how he almost got Mank made back in the ’90s — then set up at Polygram — and had even started to lock in a cast, when clashes with the studio and other production snags doomed the project:

“Polygram got cold feet because of all kinds of truly stupid boilerplate stuff involving output deals in Central America. We would have had to have shot the film in color and then corrected it and do a black-and-white version. It completely fell apart.”

Fincher was already well into casting when the production fell apart, eying Spacey as Citizen Kane screenwriter Herman J. Mankiewicz and Jodie Foster as Marion Davies, the longtime mistress to William Randolph Hearst. The roles would eventually go to Oldman and Seyfried, respectively, in the upcoming Mank.

It’s another interesting case of “what could’ve been” — Spacey and Foster were two of the hottest stars at the time, reigning at both awards shows and the box office — so the ’90s Mank might have been a big success. But Fincher doesn’t seem to have any regrets over his first failed attempt to make Mank, praising Netflix for allowing him the creative and financial freedom that the theatrical model had rarely afforded him.

“I’ve never been happier working at a place than I am at Netflix,” Fincher said. “They’re building a repository. It’s a nice thing that movies have a place to exist where you don’t necessarily have to shove them into spandex summer or affliction winter. It’s a platform that takes all kinds. You can be a dark, sinister German movie or a bizarre Israeli spy show. They want them all.”

The post David Fincher Originally Wanted to Cast Kevin Spacey and Jodie Foster in ‘Mank’ in the ’90s appeared first on /Film.

previousChristmas on the Square Director Debbie Allen Talks Working With “Bundle of Joy” Dolly Parton
nextValiant Entertainment & February 2021 Solicitations Spoilers: One Last Shot For Bloodshot With Return Of A Classic Villain, But Who?!