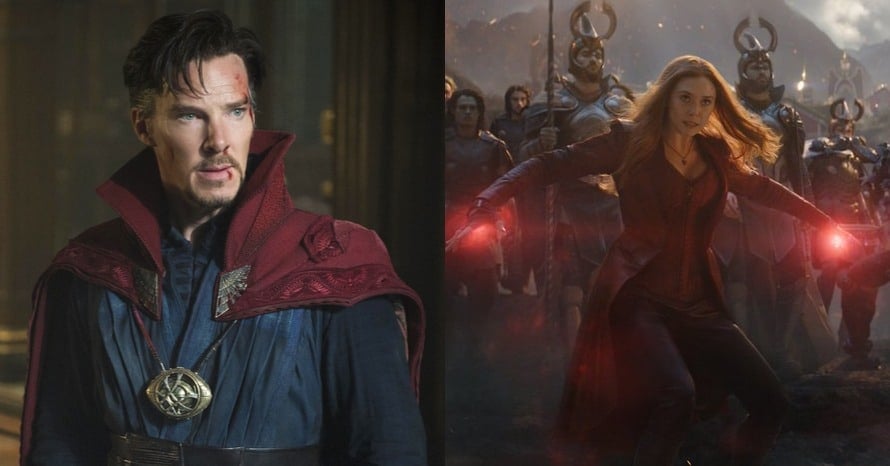 Elizabeth Olsen revealed that production has halted on Benedict Cumberbatch’s Doctor Strange in the Multiverse of Madness in the UK.

During a recent interview on Jimmy Kimmel Live, Elizabeth Olsen revealed that work has temporarily stopped on the upcoming Doctor Strange sequel as the UK is currently in a national lockdown due to the coronavirus. It wasn’t all bad news though, as the WandaVision star also brought the first full clip from the Disney Plus series along with her. The series will directly lead into Doctor Strange in the Multiverse of Madness, with Olsen set to star alongside Benedict Cumberbatch’s Sorcerer Supreme.

During the interview on Jimmy Kimmel, Elizabeth Olsen explained that work has stopped until the situation calms down in the UK and pointed out that hospitals are currently overwhelmed. It’s a little surprising since Robert Pattinson’s The Batman, which is also filming in the UK, is still in production. But the Doctor Strange and WandaVision star explained that she’s just grateful that she has been able to still work throughout the ongoing situation.

“Since the hospitals are overwhelmed here, we can’t go back to work until that calms down. So just safely hanging out here, and really grateful I get to be working. Disney has kept me busy during quarantine.”

What do you make of the filming pause on Doctor Strange in the Multiverse of Madness? Are you surprised since The Batman is still in production? What do you want to see from Benedict Cumberbatch in the sequel? Sound-off in the comments below.

Details on Doctor Strange in The Multiverse of Madness are currently limited, though it is said to feature horror elements. Furthermore, the Disney Plus mini-series WandaVision will also serve as the lead-in to the sequel. Scott Derrickson is still attached to the film as an executive producer, with Sam Raimi set to direct from a script written by Michael Waldron. The sequel will star Benedict Cumberbatch, Benedict Wong, Elizabeth Olsen and Xochitl Gomez.

Doctor Strange in the Multiverse of Madness will be released on March 25th, 2022. Stay tuned for all the latest news on the sequel and be sure to subscribe to Heroic Hollywood’s YouTube channel for more original video content!

previous‘WandaVision’ Clip: Vision Gets a Fright in the Middle of the Night
nextDr. Dre’s Home Almost Burglarized While He Was In The ICU