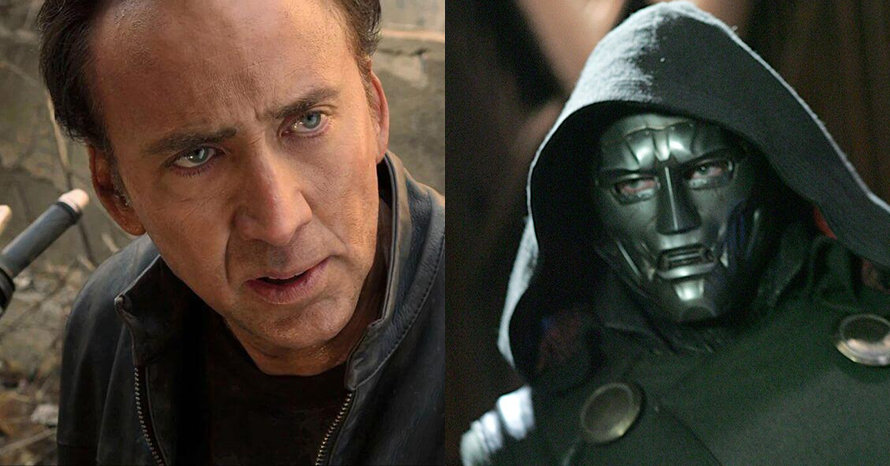 Fantastic Four concept art reveals Nicolas Cage was cast in the role of Doctor Doom for the 2005 version of Marvel’s First Family.

Although many fans still fondly look back on the 2005’s Fantastic Four starring Ioan Gruffudd, Jessica Alba, Chris Evans, Michael Chiklis and Julian McMahon, the family-friendly adventure wasn’t ultimately successful to spawn a long-lasting franchise. But perhaps if it had cast Nicolas Cage as Doctor Doom, things might’ve been different. A newly released piece of concept art from the film reveals art of Nicolas Cage in the role alongside a creepy new look for the iconic villain.

Ryan Unicomb revealed the concept art on Instagram, explaining that Nicolas Cage was originally cast in the role before Julian McMahon came aboard. He explained that the team wanted the actor to play Doctor Doom in the Fantastic Four film after seeing concept art of Marilyn Manson’s face used for the villain. The art also shows off the body horror style combination of metal and flesh for Doctor Doom’s body. Take a look at the art of Nicolas Cage as Doctor Doom for Fantastic Four below.

Back before Julian McMahon took over the role, Nicholas Cage had been cast as DOCTOR DOOM for 2005’s FANTASTIC 4. The production team decided to approach Cage after a concept artist used the likeness of singer Marilyn Manson for some of their pieces. At the time, the project was considerably darker & Doom’s look was definitely walking a line between PG13 & R (as seen in these production maquette’s of his skinless, bio-metal arms). This obviously never panned out but it’s interesting nonetheless. #NicholasCage #Fantastic4 #FantasticFour

What do you think of Nicolas Cage as Doctor Doom for Fantastic Four? Are you glad the star didn’t appear in the role? Who should play the villain in the MCU’s future? Sound-off in the comments below!

A contemporary re-imagining of Marvel’s original and longest-running superhero team, centers on four young outsiders who teleport to an alternate and dangerous universe, which alters their physical form in shocking ways. Their lives irrevocably upended, the team must learn to harness their daunting new abilities and work together to save Earth from a former friend turned enemy.

Fantastic Four is available on 4K Ultra HD, Blu-Ray, DVD, and digital. Stay tuned for the latest news on the future of the Fantastic Four and Nicolas Cage and be sure to check out and subscribe to Heroic Hollywood’s YouTube channel for more great video content!

This is the way?