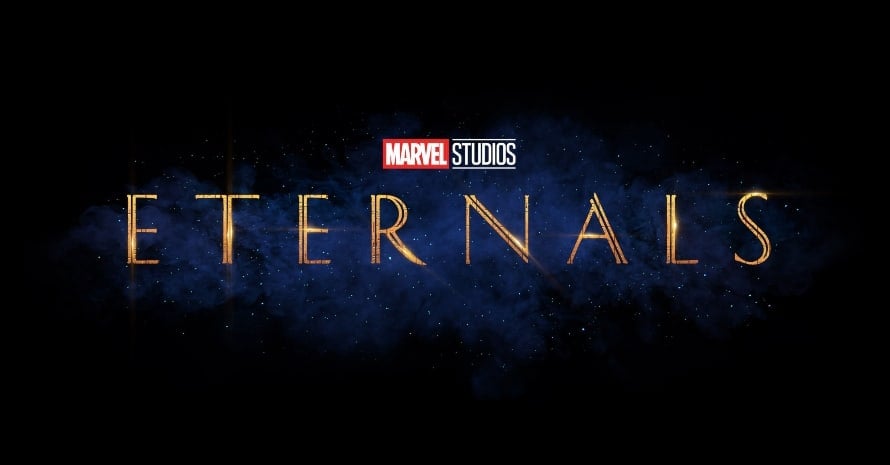 Eternals was originally scheduled to hit theaters next month but the Marvel Studios movie has been pushed back to November of next year due to the coronavirus pandemic. The first official Eternals trailer is likely a long way off, but toy packacking for the highly-anticipated movie shows off a villainous character named Kro.

A Marvel Legends figure based on Kro’s Eternals look teases the villain’s debut in the upcoming Marvel Studios project, with the packaging revealing that the character is “a powerful Deviant unlike any other the Eternals have faced over the millennia” and that his “appearance is the harbinger for a global threat.” Check out the toy packaging below.

Created by Jack Kirby in 1976, the Eternals are a fictional evolutionary offshoot of humanity created by the Celestials over a million years ago. The beings who possess superpowers and longer lifespans were the result of genetic experiments that led to the creation of fellow divergent races such as the Deviants (hideous monsters of human origin who are ancestors to the Atlanteans), and Latents (the predecessors to the Mutants and Mutates that make up many of Marvel’s superheroes).

Iman Vellani Cast As Ms. Marvel For The Upcoming Disney Plus Series

Plot details for The Eternals are being kept under lock and key, but the story reportedly features a love story between Gemma Chan’s Sersi and Kit Harington’s Dane Whitman, a.k.a. the Black Knight. Here’s the official synopsis for the movie:

Marvel Studios’ The Eternals features an exciting new team of Super Heroes in the Marvel Cinematic Universe, ancient aliens who have been living on Earth in secret for thousands of years. Following the events of Avengers: Endgame, an unexpected tragedy forces them out of the shadows to reunite against mankind’s most ancient enemy, The Deviants.

Chloe Zhao is directing the Marvel Studios project from a script written by Matthew and Ryan Firpo. The cast of The Eternals includes Gemma Chan as Sersi, Kit Harington as Dane Whitman, Richard Madden as Ikaris, Kumail Nanjiani as Kingo, Lauren Ridloff as Makkari, Brian Tyree Henry as Phastos, Salma Hayek as Ajak, Lia McHugh as Sprite, Don Lee as Gilgamesh, Angelina Jolie as Thena, and Barry Keoghan as Druig.

The Eternals is set to hit theaters on November 5, 2021. Stay tuned for the latest news on the future of the Marvel Cinematic Universe.

There are less than two weeks until Star Wars fans get to travel back to a galaxy far, far away in the newest season of The Mandalorian, and Disney+ has pumped up the anticipation even further by releasing a brand new look at the season. Check out the new video below. The Mandalorian Season 2 […]

October 20, 2020
Disney and Lucasfilm have dropped the final trailer for The Mandalorian season 2 in advance of its premiere on October 30th.
October 20, 2020

Want to see some new set photos and a video from The Batman? Who is distributing DC Comics now? What are some differences between The Boys TV series and the comics? Did you hear Miles Morales isn’t wearing Air Jordans in the new Spider-Man video game? Why did dressing up as Harley Quinn in Hubie […]

The Gorge! It’s a new movie from Zach Dean, writer of a movie no one has even seen yet – The Tomorrow War, and while there is next to no info about this latest from Dean, I am legally obligated to write about it. What is The Gorge, you ask? Why, it’s a “high-action, genre-bending love story,” at […]

Den of Geek is hosting this giveaway in partnership with  When I talked to Cory Doctorow during TorCon back in June, the author spoke about speculative fiction as “a sort of diagnostic tool,” comparing storytelling to the scientific process a doctor goes through when using a nasal swab to diagnose an illness. “When you want to […]