There’s no replacement for an out-and-out striker. FIFA 21 is all about goals, and if you’re going to outscore your opponents through an entire barnstorming season, then you’ll need some serious firepower up front. Here are some of FIFA 21’s best strikers, forwards, and wingers to help you do just that.

Forwards can take on a lot of roles in modern football. It used to be that the number 9 was the focal point for the entire team, but now they can be more valued for their link-up play with inside forwards – like Roberto Firmino at Liverpool – or their tireless running off-the-ball – like Patrick Bamford at Leeds United.

However, the best strikers in FIFA 21 tend to be in the old-school mode: pacey finishers, with enough strength, dribbling finesse, or guile to breeze past defenders, and a powerful shot to rifle the ball past the game’s best goalkeepers.

This isn’t an exact science though. We’ve all made those Career Mode signings where the stats say a striker should be amazing, but at the end of the day they just don’t do the business.

Then we’ve all also had those guys who shouldn’t be as amazing as they are. 20 goal a season signings with lower overalls, but “that special something”.

Whether you want to realise your dream of Lewan-goal-ski starring for your favourite team, or rescue Ismaila Sarr from Championship Watford, you need someone to suit your needs. 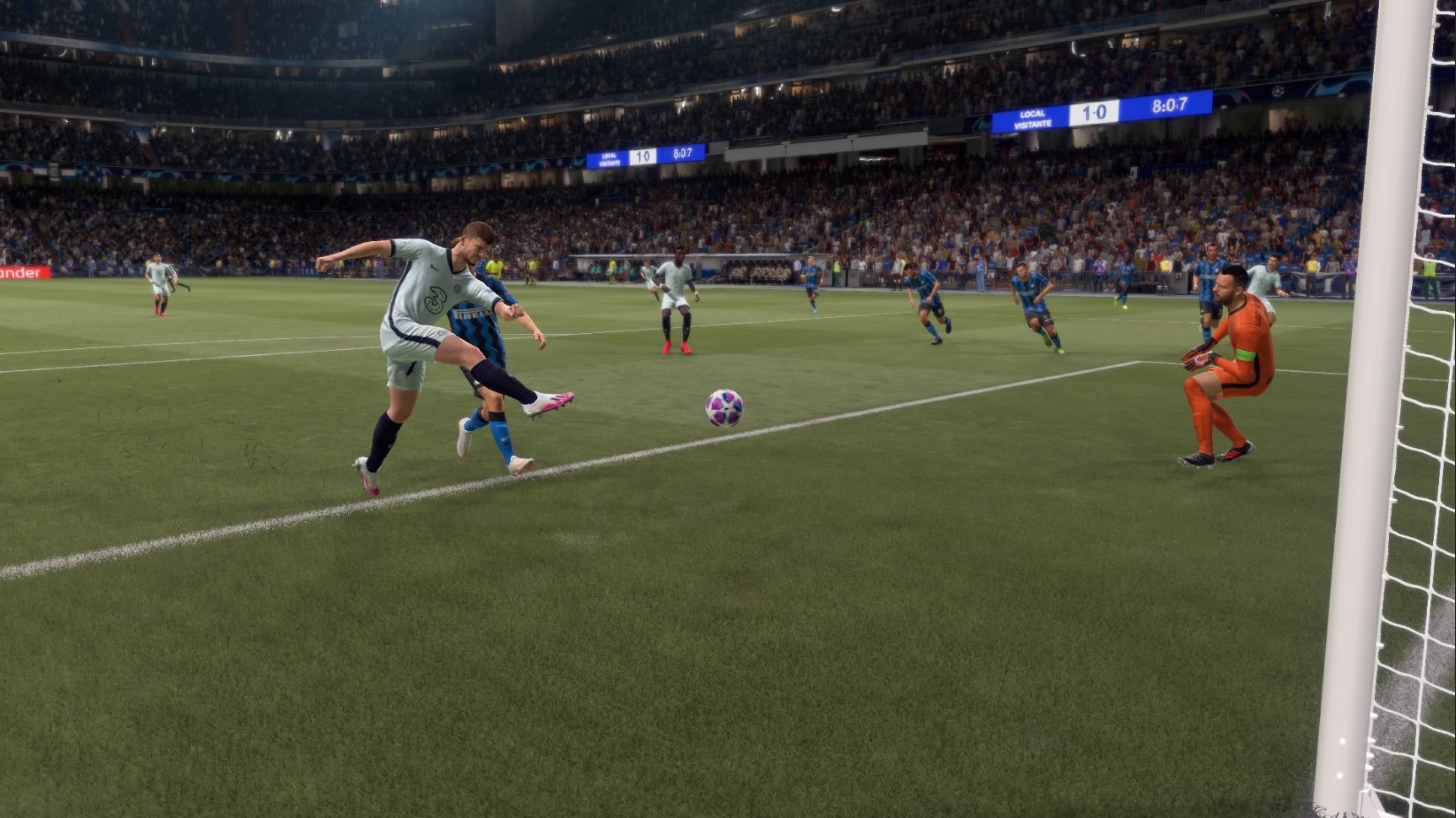 Personally in Career Mode, I tend to favour the 4-3-2-1 formation; essentially playing 3 forwards with wingers behind a central striker. This means that the wingers stay more central and get into goal-scoring positions, while also being able to use their pace to provide width.

This means that I tend to see players with the ST, CF, LW, and RW positions all as forwards, so we’ll list them all here today. For example, you’d definitely say that Cristiano Ronaldo (listed as LW and ST) and Lionel Messi (listed as RW) are more strikers than midfielders.

To start, we’ll list the absolute best-of-the-best strikers and wingers in FIFA 21. These are the players with the highest overall ratings in the game, and would improve absolutely any squad on the planet.

Next, we’ll highlight some players with lower overall ratings, but who can grow into the role of star striker. For a more in-depth look at the best young players in FIFA 21, we have a full list of wonderkids, linked here.

Finally, we’ll go through some great wingers and forwards you can definitely sign for your team in the first season. No one likes to scout a target and be told you can’t bring them in for a whole year, and this is where you need to look if you’re after a bargain.

If you want to scout out your own players, then SoFifa is a good resource for career mode. 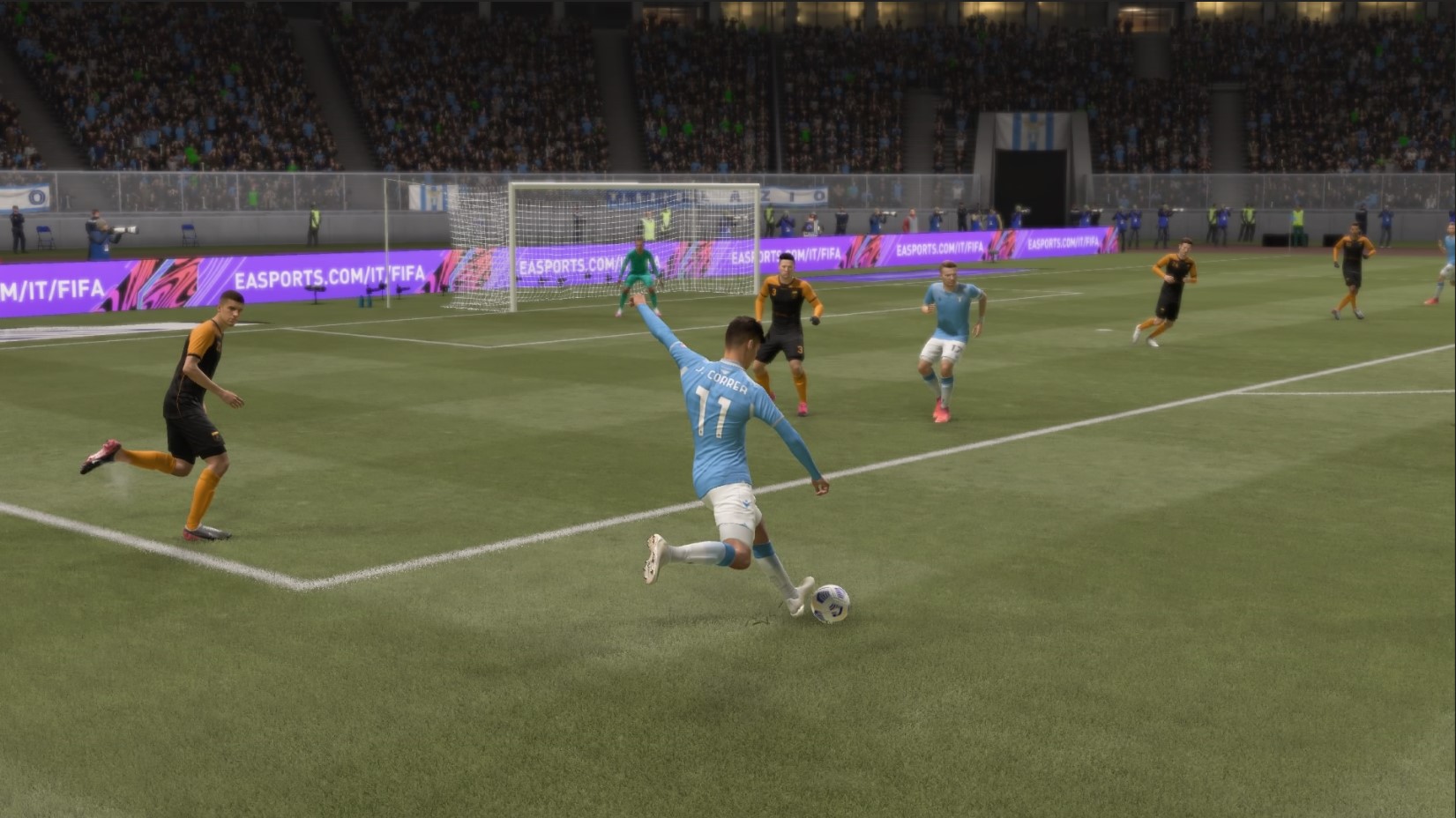 When you’re playing as one of Europe’s superclubs, only the best will do. Below is a list of the most talented and expensive players in the world.

Even though many of them are approaching the end of their career, their undoubted class makes them unstoppable – at least in the short term. 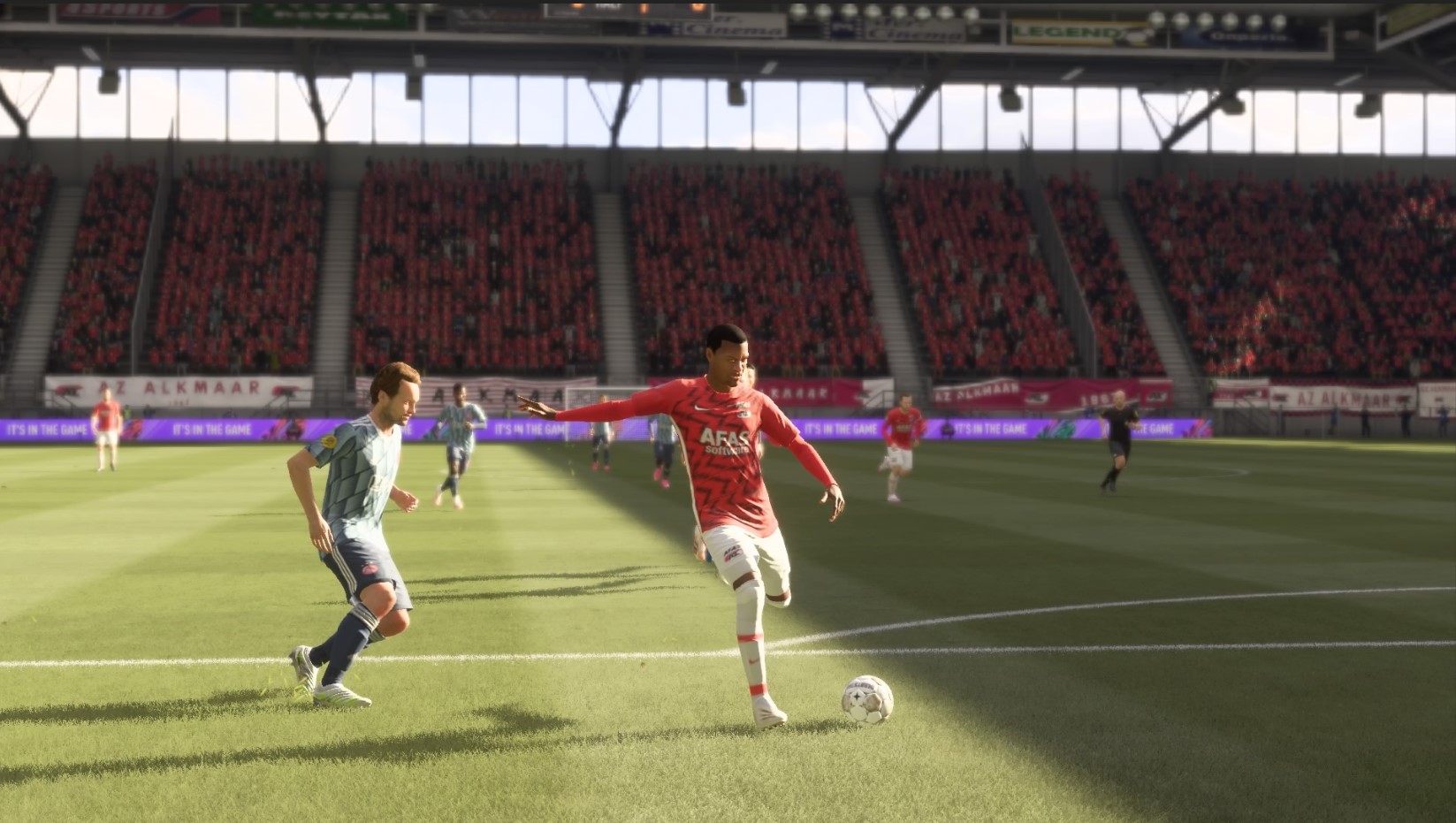 While the above players are the best-of-the-best, most of them won’t be in 5 years time. If you’re planning for the future, here are a few options to consider. 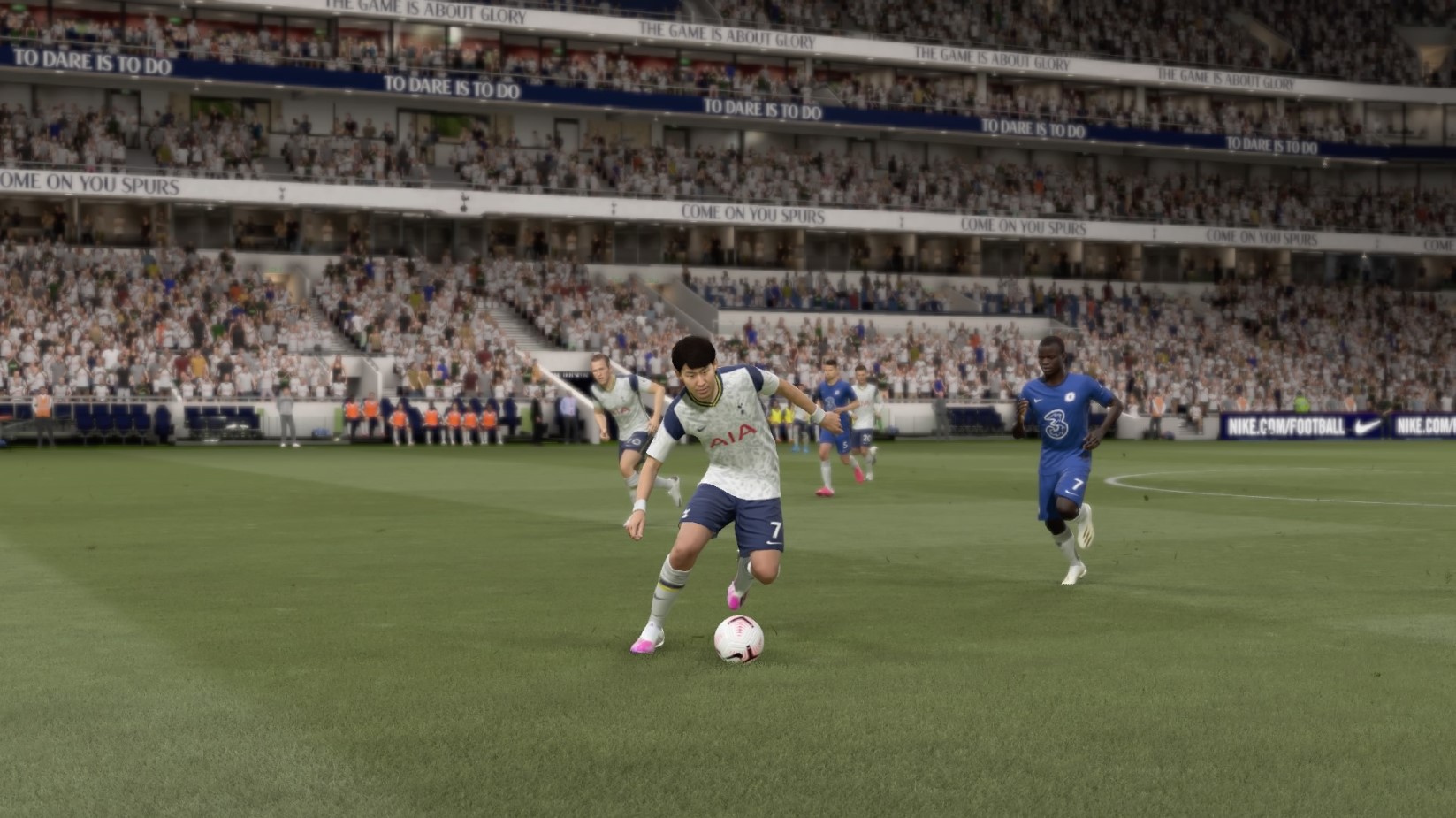 If you’ve got one of the bigger budgets in the game, then an expensive option is Manchester United’s Anthony Martial.

While Tony hasn’t convinced many Man U fans when playing through the middle in real life, on FIFA 21, his combination of about 90 pace, 90 dribbling, 85 finishing, and close to 80 strength and stamina is incredible.

For another expensive Premier League striker, it’s worth saying that Heung Min Son is – and forever will be – incredibly overpowered on FIFA.

Stick him out wide or closer to the middle of the park and dance past just about any defence.

Standing at 6ft 2”, Joaquin Correa is a great mix of physicality and technical ability.

With stamina, strength and finishing approaching 80, mid-80s pace, and nearly 90 dribbling, Correa can also link up play with 81 short passing.

Add 4 star skills and weak foot to the mix and you have a promising player for high-tier squads.

He was a huge prospect when he first burst onto the scene, but Marco Asensio has been sidelined recently during Zidane’s second spell in charge of Los Blancos.

With decent physical and technical stats across the board, and still a lot of room to grow, investing in resurrecting the young winger’s career could pay dividends sooner rather than later.

An experienced, if expensive, signing; Quincy Promes is quick, tricky, and has 5 star skills to back up his 80 finishing and 90 pace.

It’s also worth considering Promes’ 82 stamina, which means he’ll be able to play week-in and week-out during the couple of seasons you play with him, before swapping him out when he turns 30 and starts to decline.

Despite poor starting stamina, Adeyemi looks like a quality bargain for big and small teams alike.

With around 90 pace, 75 dribbling, and 70 for finishing, short passing, and ball control, he’s a decent option off the bench or from the start.

And Adeyemi is affordable too, with a small release clause and value relative to his 87 potential.

For a budget option out wide, Yusuf Demir has 86 potential alongside some decent starting stats.

Often with a low release clause and high attacking work rate, he’s definitely a player to consider for road-to-glory teams.

A lot of young players have poor stamina, but with over 70, De la Vega can deploy his nearly 90 pace and 80 dribbling for more of the game than you’d expect.

While his potential has taken a bit of a hit in FIFA 21, he’d still make a decent marquee signing for a championship team, or a future prospect for someone higher.

Usually, versatility doesn’t come cheap. But Mohammed Daramy can play both out wide and up front for a relatively small fee.

His finishing is poor to start, but is easily trained to catch up with his pace and dribbling.

Yet another prospect from the Red Bull structure of clubs, Patson Daka ticks those all-important FIFA 21 Career Mode boxes of 90+ pace, 80+ Finishing, and 80+ Stamina.

With a decent starting overall and a potential of 85, he’d make a great signing for just about any team.

Brilliantly rounded for his age, Myron Boadu boasts a 5 star weak foot, alongside around 90 pace, 80 finishing, and 80 jumping on a 6ft frame.

Train his stamina to match the rest of his attacking stats, and you’ll have a quality centre-forward for years to come.

Donyell Malen has long been a FUT favourite for his pace, dribbling, strength, and finishing.

Slightly more expensive than some of the other Dutch prospects, Malen also has 4 star skills.

For more FIFA 21 guides, we also have a page on the best young players and wonderkids in FIFA 21 Career Mode, here.

The post FIFA 21 Best Strikers | Top Wingers and Forwards to add to your squad appeared first on VG247.

October 28, 2020
MRC President Brent Bozell on Tuesday released a video hammering a complicit media for hiding the truth from the American people about the bombshell Hunter Biden...
October 28, 2020
In an interview with Tucker Carlson on Fox News Tuesday night, Hunter Biden‘s former business partner Tony Bobulinski said that Democratic presidential nominee Joe Biden...
October 28, 2020
How anti-police was the CBS Evening News? Well, during their Tuesday night newscast, anchor Norah O’Donnell and correspondent Jericka Duncan seemed upset that two Philadelphia police...
October 28, 2020
The Black man fatally shot by Philadelphia police officers on Monday was an aspiring rapper who sometimes rhymed about shooting people, including police officers, and...
October 28, 2020
The Nvidia RTX 3090 is the new performance king. Until we see Super or Ti variants, it’s the best that Team Green is offering, and...
October 28, 2020
In case the abundance of Pre-black Friday sales and earlier than usual decorations didn’t make this clear, the holiday season is officially here. Temps are...