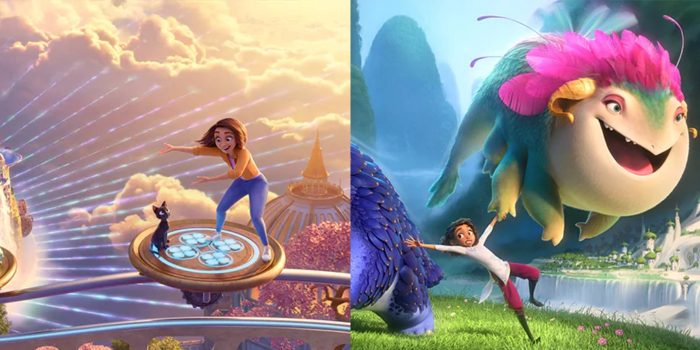 Fresh off the debut of its critical darling Wolfwalkers, Apple TV+ is continuing to build out its animated catalogue. Apple has acquired Skydance Animation’s upcoming films Luck and Spellbound as part of an overall multi-year deal with the animation studio for feature films and TV.

According to The Hollywood Reporter, Apple and Skydance have struck a multi-year overall deal, in which the animation studio’s feature films and TV series will debut on the Apple TV+ streaming service. This includes upcoming animated films Luck and Spellbound, alongside a two season order for The Search for WondLa series.

Luck is directed by Peggy Holmes and written by Kiel Murray, and “centers around the unluckiest girl in the world, who after stumbling upon the never-before-seen world of good and bad luck, must join together with magical creatures to uncover a force more powerful than even luck itself.” Meanwhile Spellbound, which is directed by Vicky Jenson and written by Lauren Hynek, Elizabeth Martin, and Linda Woolverton, is an animated musical that “follows a young girl who sets out to break the spell that has divided her kingdom in two.” The original score for the film is by Disney Legend and Oscar winner Alan Menken, with lyrics by Glenn Slater.

Both films were originally slated for theatrical release in 2022 through Paramount, which has a movie deal with Skydance. No new release date has been set for either film, which are now set to debut on Apple TV+.

Get your first look at Luck (on the left) and Spellbound (on the right) below. 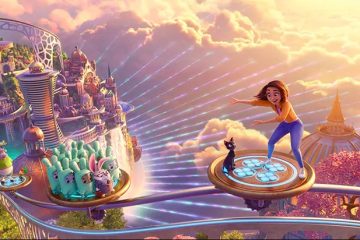 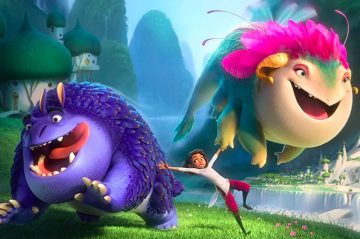 The last confirmed project under this new deal is The Search for WondLa, an animated TV series based on the book series by Tony DiTerlizzi which will be written and executive produced by showrunner Lauren Montgomery, with Chad Quant, DiTerlizzi, and Gotham Group also serving as executive producers. It will join the slowly growing group of animated titles at Apple, which includes the aforementioned exquisite Cartoon Saloon fantasy epic Wolfwalkers, as well as adult animated shows like Central Park and children’s series like the Daytime Emmy-winning Snoopy in Space.

It’s a major deal for Skydance, which was launched in 2010 and oversaw tentpole franchises like Mission: Impossible, Star Trek, and Terminator before launching its animated division in 2017. The animation studio hasn’t released any films yet, but has managed to hire renowned names in the animation industry, including John Lasseter, the former head of Pixar who was (quite controversially) brought on to oversee Skydance Animation. Lasseter’s hiring led to the Emma Thompson’s exit from Luck.