Get those neat official NES Switch controllers on sale at Nintendo Store US! 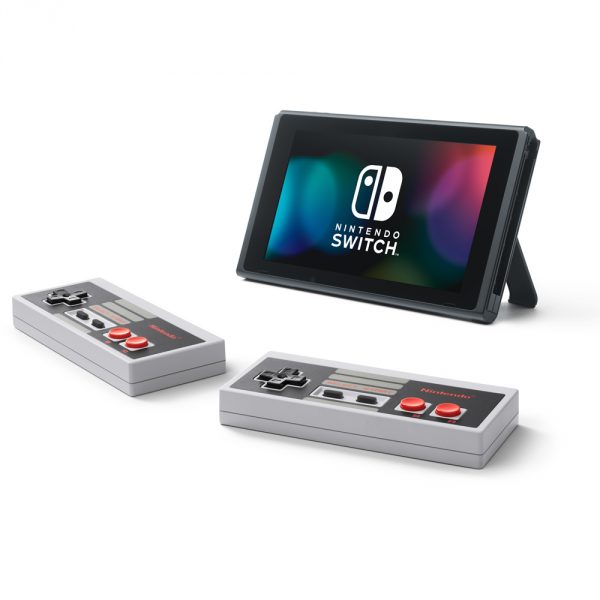 Have you tried playing a game requiring a D-Pad with the Switch Pro Controller or Joy-Cons? It’s awful. Save yourself from the pain with Nintendo’s officially released NES Switch controllers.

If you’re a part of Switch Online and have been enjoying the free NES and SNES titles, you might find the standard controllers a little… lacking. The Joy-Cons don’t have a true D-Pad, and the D-Pad on the Pro Controller is less than perfect. I’ve had my fair share of Tetris frustrations with it!

But, Nintendo released some official NES Switch controllers so that you can play these retro games with ease. The problem was that Nintendo only made a limited amount of them, and they sold out pretty quickly, leaving a lot of Switch owners disappointed and looking for alternatives.

Well, at the Nintendo Store US, not only are these NES Switch controllers back in stock–they’re also on sale! Right now, you can pick them up for $41.99. Not bad for an official controller set at all, even if they look goofy charging on your Switch.

Remember what I said about alternatives, though? If these NES Switch controllers do not convince you, 8bitdo makes some fantastic retro-style controllers you might be interested in instead. I personally love my 8Bitdo Sn30 Pro, which feels like an SNES controller and has all the buttons you need to actually control your Switch. You can use it on PC too, and the G Classic version is on sale:

Granted, this isn’t the official, NES style experience you may want, but depending on what exactly you’re looking for, the 8bitdo controller might be your better bet.

Or, well, you can just not worry about controllers altogether and get the new blue Switch Lite coming out soon. Whatever works!

Want to know about all the hot gaming deals as they’re happening? Give Jelly Deals a follow on Twitter! Or, head over to the Jelly Deals site for regular buyer’s guides and features on all sorts of tech, entertainment, and more.

The post Get those neat official NES Switch controllers on sale at Nintendo Store US! appeared first on VG247.

previousPokémon Snap Guide: Where To Find Pokémon In The Lental Region
nextOfficial PlayStation Podcast Episode 396: Where To Begin