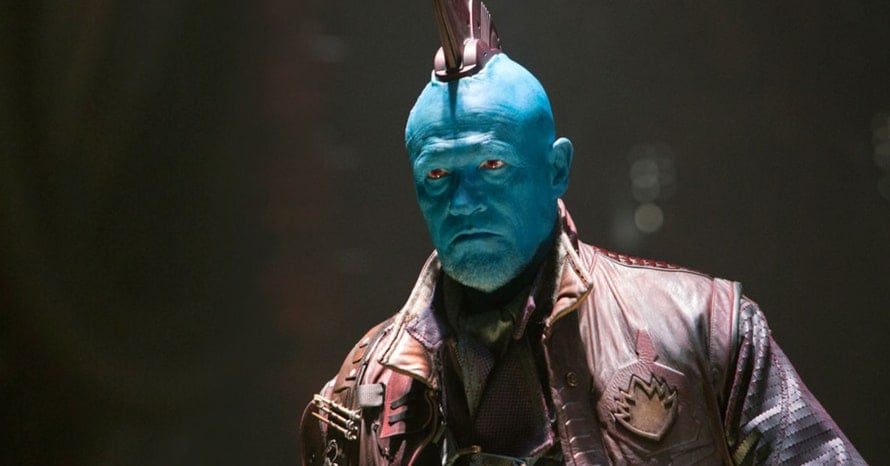 Michael Rooker said he won’t reprise his Guardians of the Galaxy role in the Marvel Cinematic Universe but he’s open to becoming a different character entirely.

Although Michael Rooker’s Yondu is dearly loved by most Marvel fans due to his unhinged, yet caring, nature to Star-Lord and the rest of the Guardians of the Galaxy, he said he can’t reprise the role even if he’d like to. The star recently spoke to ComicBookMovie.com about his role in Paramount Pictures’ Love and Monsters, when he was asked if he’d ever like to pick up Yondu’s fin for one last ride. But as the actor pointed out, Yondu’s body was burnt after he died saving Peter Quill.

I think Yondu is over, man. He died. Yondu not only died, but they burned him up! They burned him up and shot him into outer space…what else can I do? [Laughs] What else can I say? The character has gone, When they kill me off, they kill me off, okay? There’s no playing around. Guardians of the Galaxy, I burned to a crisp. I burnt to little stardust. How do you come back from that, right?

Michael Rooker was then asked if instead of playing Yondu again, if he’d prefer to take on a completely different character. He went on to explain why that would be great for him as an actor and for the audience, pointing out that he’s got a wide range that could be a lot of fun for the Marvel Cinematic Universe. He’ll next be seen as Savant in James Gunn’s The Suicide Squad, so who knows, the director might bring him back as a different alien in the third Guardians of the Galaxy film.

Of course! I would totally do something else, and it would be kind of cool to do something else, actually. I wouldn’t mind that at all. I think it would be a lot of fun. It would be a wonderful way for fans to see…well, they see different aspects of your work all the time with different characters, so why not play someone else for Marvel or DC? It doesn’t matter. You’ve got a good actor, and I’m calling myself a good actor, you can do a lot of different things and have a lot of fun. I think fans would get off on that.

Would you want Michael Rooker to play a different role in the MCU after his Guardians of the Galaxy vol. 2 exit? Sound-off in the comments below!

The grave course of events set in motion by Thanos that wiped out half the universe and fractured the Avengers ranks compels the remaining Avengers to take one final stand in Marvel Studios’ grand conclusion to twenty-two films, “Avengers: Endgame.”

READ  AMC Theatres May Be Out of Cash By the End of 2020, B&B Theatres Months Away from Bankruptcy

Stay tuned to Heroic Hollywood and subscribe to our YouTube channel for all the latest news surrounding Michael Rooker and the Marvel Cinematic Universe!

The post ‘Guardians Of The Galaxy’: Michael Rooker Open To Playing Other Marvel Characters appeared first on Heroic Hollywood.