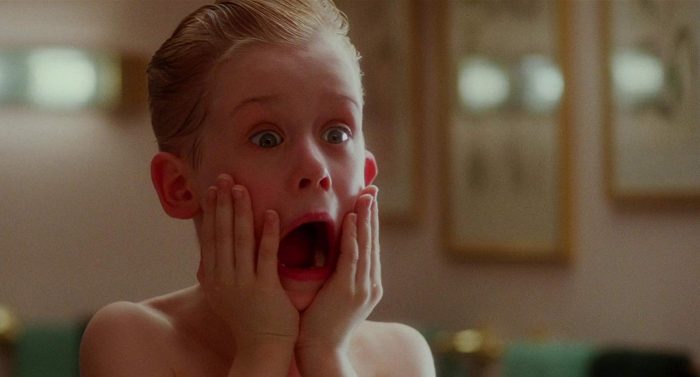 Chris Columbus, who directed the Christmas classics Home Alone and Home Alone 2: Lost in New York, has some choice words for where Disney can leave the change, you filthy animal. The Home Alone director is not happy about the Home Alone reboot in the works at Disney+, which is set to star Jojo Rabbit scene-stealer Archie Yates and be directed by Dan Mazer (Dirty Grandpa). And while he didn’t go as far as to call the House of Mouse a filthy animal, the sentiment is the same.

While on the press circuit for his latest holiday movie, The Christmas Chronicles 2, the topic of Chris Columbus’ 1990 Christmas classic Home Alone inevitably came up. But in his interview with Insider, Columbus had less than sweet things to say about the upcoming Disney+ reboot of Home Alone, which he revealed he wasn’t even consulted on:

“Nobody got in touch with me about it, and it’s a waste of time as far as I’m concerned. What’s the point? I’m a firm believer that you don’t remake films that have had the longevity of Home Alone. You’re not going to create lightning in a bottle again. It’s just not going to happen. So why do it? It’s like doing a paint-by-numbers version of a Disney animated film — a live-action version of that. What’s the point? It’s been done. Do your own thing. Even if you fail miserably, at least you have come up with something original.”

Columbus’ criticism of Disney is not without evidence: Disney’s abundant remakes of its animated classics have frequently been criticized for being pale imitations of the originals. And with Home Alone on frequent rotation on TV and cable every Christmas, it will be difficult for any remake to try to put its own spin on a beloved film that is still very fresh in people’s memories. But Disney+ needs original content, and the Home Alone IP was fresh for the remaking.

The Home Alone reboot is currently in production, but on hold due to the coronavirus (COVID-19) pandemic. Details on the Home Alone reboot haven’t been readily available, but the story is said to focus on a young boy named Max who goes to war with a husband and wife after he takes a porcelain doll from them. The Home Alone reboot is set to be directed by Dan Mazer (Dirty Grandpa, I Give It a Year) and will star Jojo Rabbit supporting actor Archie Yates in the lead role. He’ll be joined by Saturday Night Live alums Kenan Thompson and Chris Parnell, Toy Story 4 voice star Ally Maki, Irish actress Aisling Bea, comedian Pete Holmes, Veep star Timothy Simons, Rob Delaney and Ellie Kemper as the main character’s parents, and SNL writer Mikey Day, who is also co-writing the Home Alone reboot with Streeter Seidel. And while Columbus is not on board, there are rumors that original Home Alone star Macaulay Culkin might make a cameo, but that has yet to be confirmed.

The post ‘Home Alone’ Director Chris Columbus is Not Happy About That Disney+ Reboot appeared first on /Film.