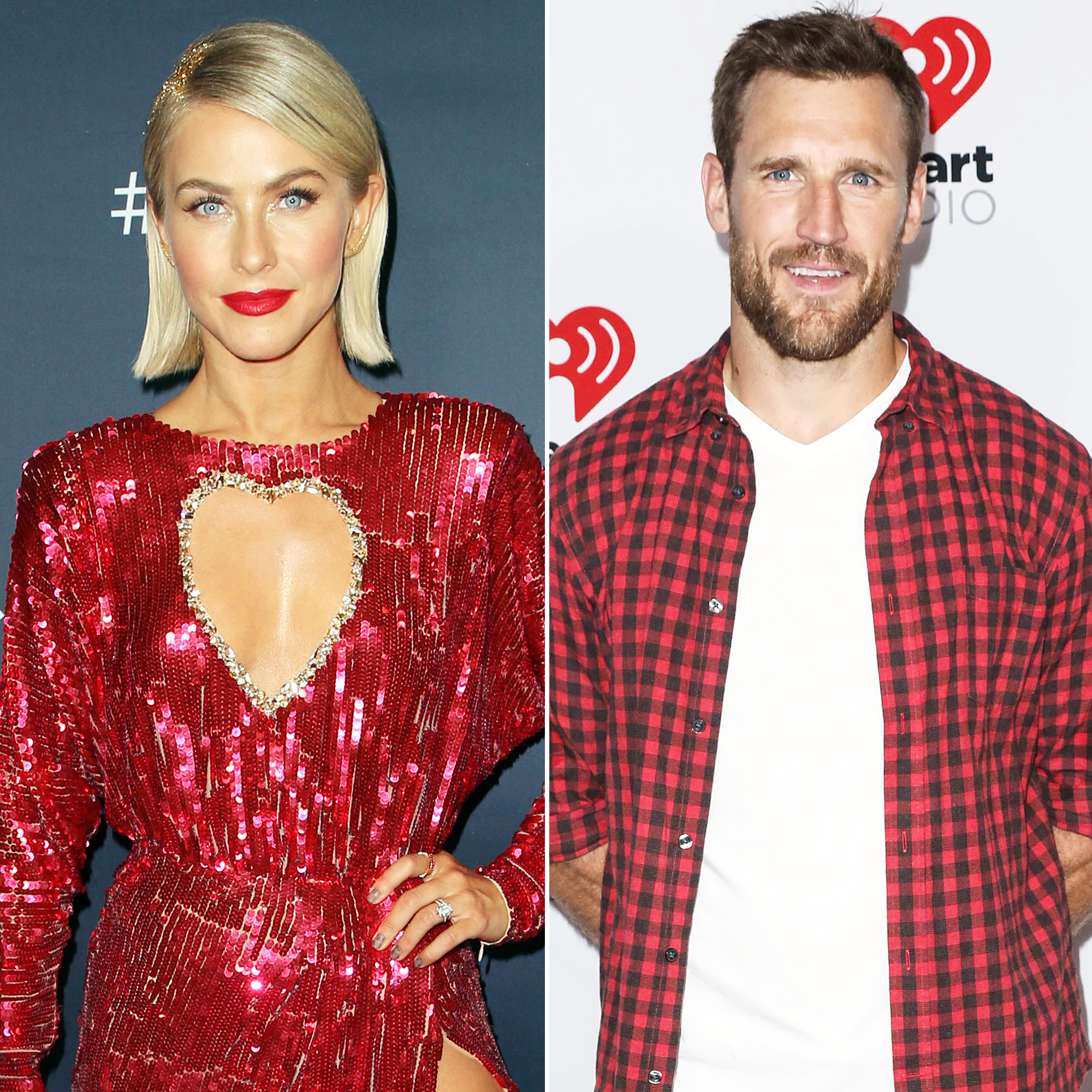 Keeping their distance. Julianne Hough and Brooks Laich have been avoiding tough conversations since going their separate ways in May.

From ‘DWTS’ Champ to Triple Threat! Julianne Hough Through the Years

“Brooks and Julianne haven’t been speaking much directly to one another,” a source exclusively tells Us Weekly. “They are both a bit anxious and in the past have gone back and forth in terms of their relationship, so things are always up in the air with them.”

While the pair have exchanged flirty messages on social media in the weeks since their split made headlines, the insider says they “are not back together, even though Julianne fully does want him back.”

The Dancing With the Stars alum, 32, and the hockey player, 37, announced in a joint statement in May that they were calling it quits after nearly three years of marriage. “We share an abundance of love and respect for one another and will continue to lead with our hearts from that place,” the pair explained at the time.

Earlier this year, Us confirmed that the former couple was “having problems” in their marriage after the Footloose actress was spotted without her wedding ring on multiple occasions. Speculation about their relationship status ramped up when a second source revealed that Hough and Laich were “not doing well” as they quarantined in separate states amid the coronavirus pandemic. The update came days after the ballroom dancer was seen out and about with actor Ben Barnes in Los Angeles.

In the wake of her split from the Canadian athlete, Hough has “been leaning on” the Chronicles of Narnia star, 38, and “had been spending a lot of time” with him before pulling the plug on her marriage. Despite the support of her new friend, Hough has been struggling with her emotions in recent months, as evidenced by her new darker hair color. The Utah native debuted her “muted” brunette look in June and felt like it was a representation of how she was feeling inside.

Julianne Hough and Brooks Laich: The Way They Were

“She doesn’t want to be noticed or do press right now or get photographed,” a source told Us at the time. “She’s not in a good place. She wants people to look at her and feel empathetic toward her.”