Justin Timberlake Gives A Shout Out To The ‘It’s Gonna Be May’ Meme Creator! 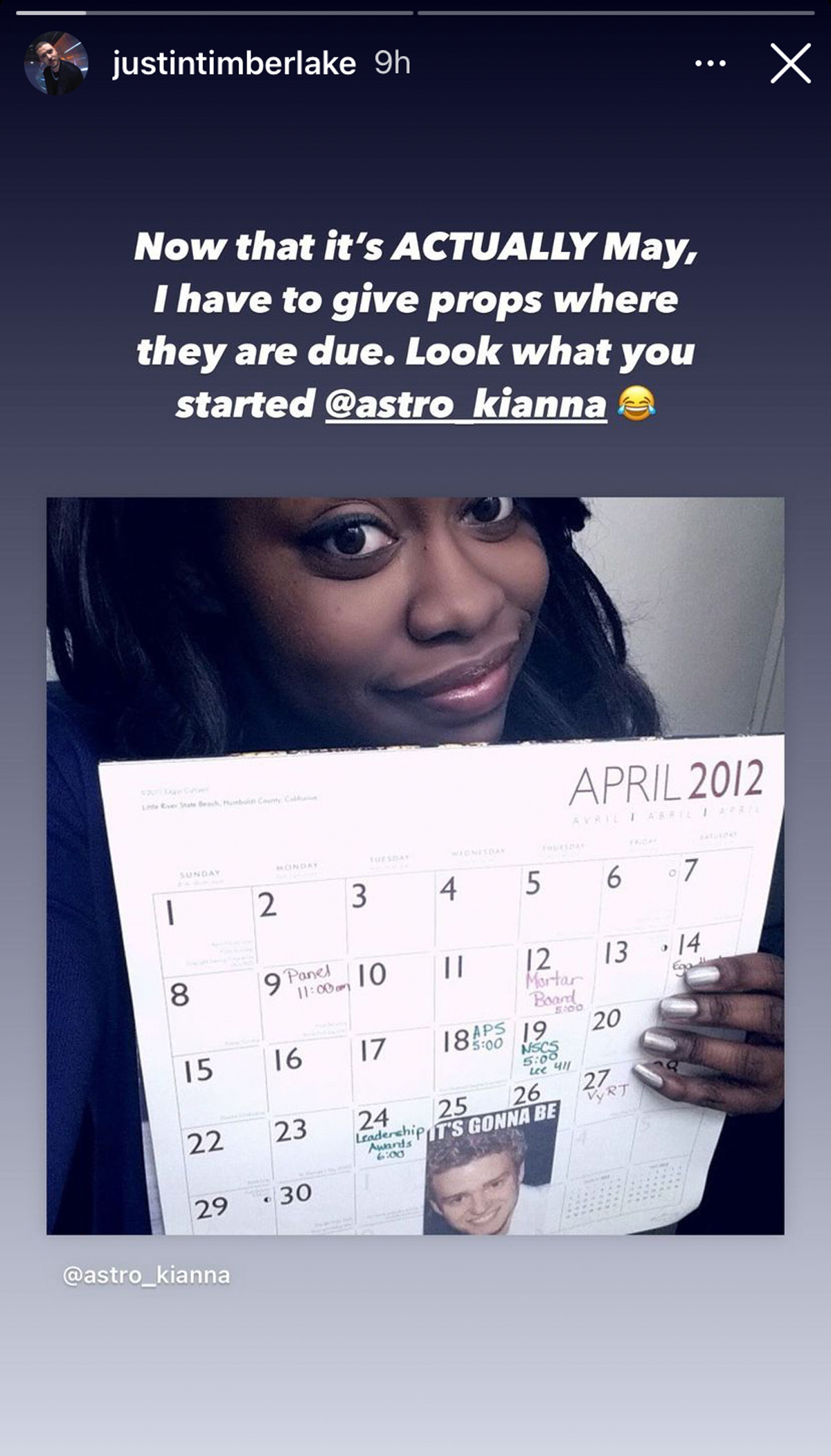 Justin Timberlake gets in on the joke by shouting out the creator of the annual “It’s Gonna Be May” meme!

As you may know, the internet goes absolutely nuts by posting videos and memes of the 40-year-old singer pronouncing “me” like “may” in *NSYNC’s song, It’s Gonna Be Me, each year. Now, the former boyband member has taken a moment to honor Kianna Davis, the mastermind behind the viral sensation, in an Instagram Story post on Saturday. Timberlake wrote alongside a photo of Davis holding up a calendar with the phenomenon on it:

“Now that it’s ACTUALLY May, I have to give props where they are due. Look what you started @astro_kianna.”

But that wasn’t all! Davis responded to the actor’s social media post, saying:

“Can’t believe this. I’ll never forget it. But dude I’m so sorry that you have to see this every year. Love you always.”

Back in 2012, Davis created the meme when she attached an old pic of Timberlake with “It’s Gonna Be May” written on the bottom of her calendar near the end of April. She recently told NewsNation Now she loves how the joke has brought people together, saying:

“I was still in college, I didn’t think anything of it other than posting a joke for my NSYNC friends. I never in my life imagined it would become this. … It’s nice now to have so many friends all across the world who love NSYNC and now we pretty much have a holiday where we can come together and celebrate the group.”

And we appreciate you so much for bringing us an ample amount of HILARIOUS content on an annual basis!

The post Justin Timberlake Gives A Shout Out To The ‘It’s Gonna Be May’ Meme Creator! appeared first on Perez Hilton.