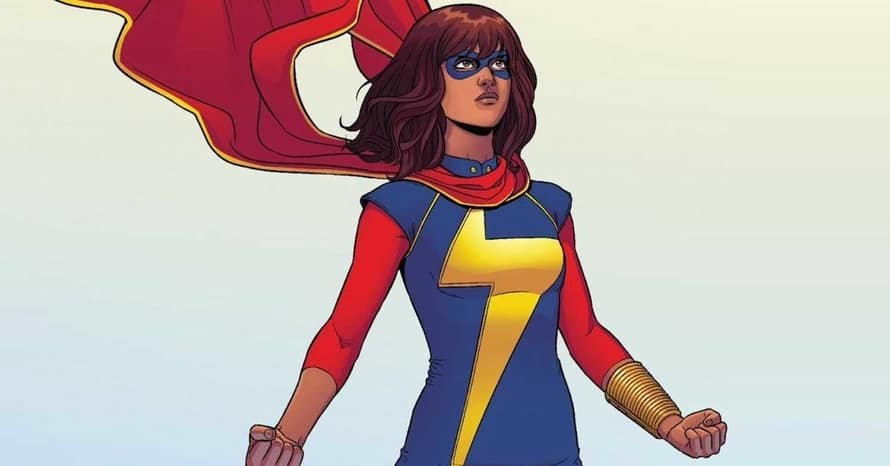 Ms. Marvel filming has begun in Atlanta and set photos are starting to arrive. Newcomer Iman Vellani will lead the upcoming Disney Plus series and earlier today, set photos from Ms. Marvel were released and showed off our very first look at one of the MCU’s newest heroes, Kamala Khan.

Just Jared has shared another round of set photos with Iman Vellani’s Kamala Khan wearing a Captain Marvel suit. The suit Vellani is wearing is far from the one Brie Larson sports and instead, looks more like a Halloween costume. In the comics, Kamala Khan is a huge fan of Captain Marvel and the other heroes in the MCU, so her cosplaying is no surprise. You can check out the latest set photos from the upcoming Disney Plus series below.

We have more first look photos at newcomer and Marvel star Iman Vellani in her “Ms. Marvel” suit! https://t.co/GmuAGOgjo4

What are your thoughts on the new set photos? Sound-off in the comments section below!

READ  Chris Columbus Says He Has A Script For Gremlins 3, Gizmo Won’t Be CGI

Marvel Studios’ upcoming slate of films includes Black Widow, The Eternals, Shang-Chi and the Legend of the Ten Rings, Doctor Strange in the Multiverse of Madness, and Thor: Love and Thunder. In addition to the aforementioned feature films, Marvel Studios is developing several shows for Disney Plus including The Falcon and the Winter Soldier, WandaVision, Loki, What If…?, Hawkeye, Ms. Marvel, Moon Knight, and She-Hulk.