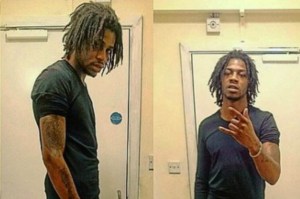 Justice will be served in the case of the murder of 21 Savage‘s younger brother in London. Police there confirm in a report that the man who carried out the fatal stabbing of Terrell Davis appeared in court after he was charged with murder over the weekend.

From the London Metropolitan Police:

A man charged with the fatal stabbing of Terrell Davis in Lambeth on Sunday, 22 November has appeared in court.

Tyrece Fuller, 21 [21.04.99], of Tavy Close, Lambeth, was charged with murder on Saturday, 28 November. He appeared in custody at Bromley Magistrates’ Court on Monday, 30 November.

He was remanded in custody to next appear at the Central Criminal Court on Wednesday, 2 December.

Terrell Davis, 27, who lived in Lambeth, was found stabbed in Ramillies Close, SW2, at 17.59hrs on Sunday, 22 November. He was pronounced dead at the scene.

Davis was a rapper like his older brother, performing under the name TM1way.