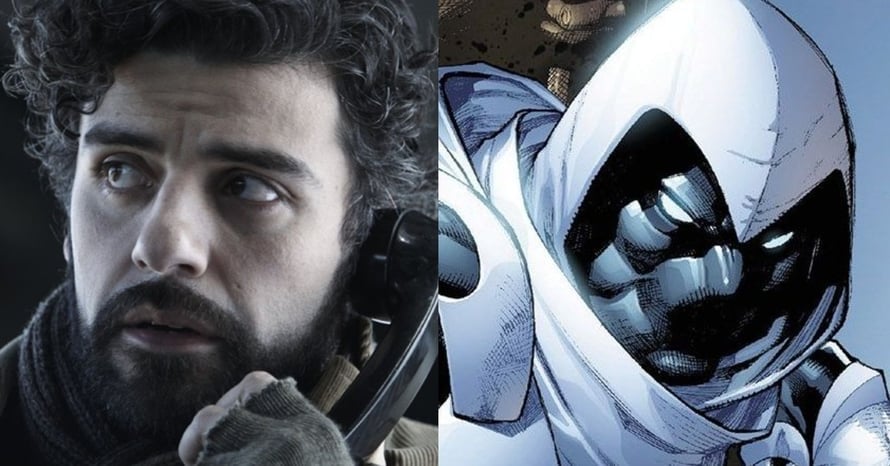 The cinematographer on the Moon Knight series confirmed Oscar Isaac will play the complex hero in the Marvel Cinematic Universe.

Back in October the news broke that Oscar Isaac was in talks to play Moon Knight in the hero’s Disney Plus series, but some were skeptical about the casting in case it was too good to be true. Given the recent denial and subsequent confirmation that Tatiana Maslany will play She-Hulk, it’s easy to see why fans wanted to wait for more news about the series. But confirmation that Oscar Isaac will play Marc Spector recently came from the cinematographer on the series, Gregory Middleton.

Mohamed Diab To Direct Moon Knight Series For Disney Plus

An Instagram post from the cinematographer showed off the logo for the Disney Plus series alongside a picture of Moon Knight himself from the comics. With Gregory Middleton’s previous work including the Watchmen series and Game of Thrones, the Marvel show’s visuals should be quite impressive. In the caption, Middleton called Oscar Isaac an “amazing performer” and also confirmed in the comments that yes, the actor is playing the lead role in Moon Knight. Fans will next see the star in Dune and he’s also set to play Solid Snake in Metal Gear Solid, so it seems like he’ll be pretty busy over the next years.

What do you make of Oscar Isaac playing Marc Spector? Are you excited to see Moon Knight in live-action? Sound-of in the comments below!

Spector dragged himself through the sands of the desert to the tomb of Konshu, the Egyptian moon god. There he was pronounced dead but resurrected at the hands of Konshu. The resurrection took a toll however, as he developed multiple personality disorder. When he returned to New York, he created two new personalities — Steven Grant and Jake Lockley. Grant was the millionaire womanizer while Lockley was a cab driver.

It was after developing his other personalities when he took on the mantle of Moon Knight. Konshu granted Spector with increased physical capabilities and periodic prophetic visions at night; yet even Spector himself was unsure whether Konshu was yet another personality of his own creation. Even still, Moon Knight operates with an arsenal of technology, vehicles and costumes to suit his needs

Stay tuned for the latest news regarding Oscar Isaac and Marvel’s Moon Knight series on Disney Plus and be sure to subscribe to our YouTube channel for more!

ALSO READ  Super Mario 3D World: What’s Up With All the Cat Ears in Bowser’s Fury?

previous‘Army of the Dead’ First Look: Zack Snyder’s Zombie Heist Movie Comes to Netflix
nextLauryn Hill Opens Up About Why She Didn’t Release A Follow-up After ‘Miseducation’