I was disappointed by the delay of several different films due out in 2020, and Edgar Wright’s Last Night in Soho and David Gordon Green‘s Halloween Kills were both at the top of the list. Last Night in Soho was supposed to arrive in September 2020 but ended up being pushed to April 2021, and with the way things are going, there’s always a chance it gets bumped again. Halloween Kills, meanwhile, was slated for October 2020 but got shuffled to October 2021. I was a big fan of David Gordon Green’s Halloween, and I’m very curious to see where he goes with this sequel. And I’m always eager for new stuff from Wright, but I’m particularly excited about Last Night in Soho because it’s apparently Wright’s first straight-up horror movie.

Now, while we wait for these two horror titles to arrive, two new images give us glimpses at what’s to come. 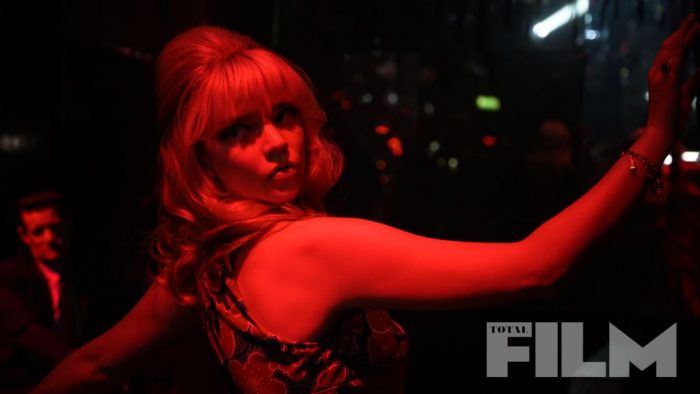 First up, here’s the red-tinted image from Last Night in Soho, featuring star Anya Taylor-Joy, via Total Film. “The idea for the movie is the result of 25 years of living and working in Soho,” Edgar Wright said. “I spent so much time looking at the architecture, thinking, ‘What have these walls seen?’ And walking the streets late at night. Soho’s become a lot more gentrified, but it still has that darkness just under the surface. It’s one of those places where you only need to stand still for 60 seconds for something strange or magical or weird or dark to happen.”

In the film, “A young girl, who is passionate about fashion design, mysteriously enters the 1960s, where she encounters her idol, a dazzling wannabe singer. But 1960s London is not what it seems, and time seems to fall apart with shady consequences.” In addition to Taylor-Joy, the cast includes Thomasin McKenzie, Matt Smith, Diana Rigg, and Terence Stamp.

When the project was first announced, Wright called it “a straight-up psychological horror-thriller” and cited films like Don’t Look Now and Roman Polanski’s Repulsion as influences. While Wright has made movies with horror elements before, they were horror-comedies, while this appears to be his first full-blown horror flick. And that’s pretty damn exciting. If all goes according to plan, Last Night in Soho will open April 23, 2021. 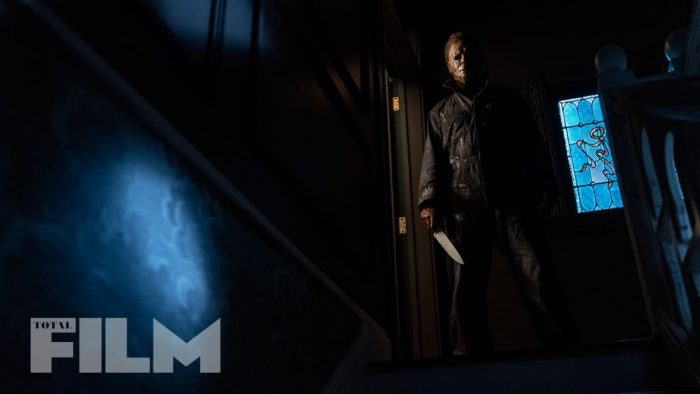 Here’s the Halloween Kills image, also from Total Film. The sequel to 2018’s Halloween brings back Jamie Lee Curtis as Laurie Strode, who once again has to deal with the unstoppable Michael Myers. David Gordon Green’s 2018 movie was both a direct sequel to the first film and also a kind of reboot, since it ignored pretty much all the other sequels. I thought the ’18 Halloween ended things on a high note, with Laurie finally defeating Michael and taking control of her own narrative. Which meant I was initially hesitant to root for a sequel. But I’m such a sucker for this franchise that I came around to the idea the minute it was announced.

Green says the sequel is about “the creation of fear,” and adds: “It’s one thing to be afraid of the Bogey Man, to have someone who might be in the closet, under the bed, creeping around your house… But we wanted to explore next was confusion, misinformation, and paranoia. What happens when fear goes viral? You can’t just stick your head under the covers anymore.”

The post New ‘Last Night in Soho’ and ‘Halloween Kills’ Images Give Us a Look at Two of the Most Anticipated Horror Films of 2021 appeared first on /Film.