The fourth season of Rick and Morty has come and gone, and it’s already available on Blu-ray and DVD. While fans are eagerly anticipating the show’s return for season five (whenever that may be), Loot Crate will attempt to hold them over with a new box of exclusive Rick and Morty gear and collectibles to kick off 2021.

A new Rick and Morty Loot Crate is going on sale starting tonight, and the theme is “DYS-FUNCTION,” as it is with almost every episode of the Adult Swim animated series. There will be a bunch of Rick and Morty-related items in the box, but perhaps the most satisfying is a replica of the butter robot from “Something Ricked This Way Comes,” a throwback to the ninth episode of the very first season. Check it out below. 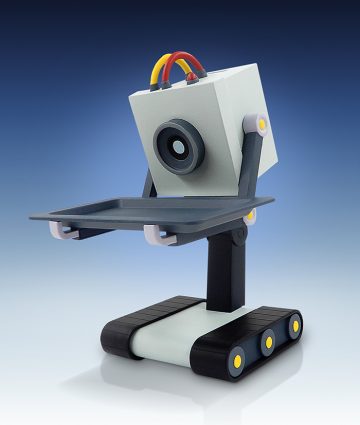 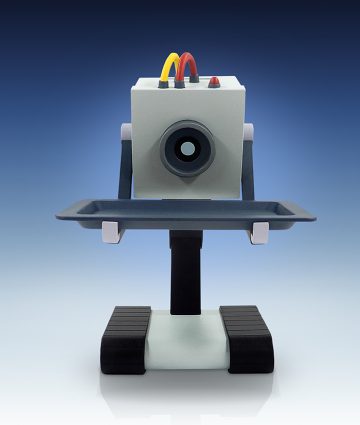 Even though it’s not a fully mechanized version of the butter robot that was depressingly built simply for passing butter, this butter dish designed to look exactly like the robot in question is still a delightful little item. Let the butter robot’s existential crisis remind you that no matter how bad life gets, at least your sole purpose isn’t serving butter. Maybe you can even put it out at Thanksgiving, let your family ask you what this butter dish is all about, show them an episode of Rick and Morty, and have your grandparents be disappointed in you. Then you’ll have a family just like Rick and Morty.

The rest of the stuff in the new Rick and Morty Loot Crate includes items “that are especially suited to help Jerry (and you) work through any problems you may be having.” Loot Crate isn’t revealing everything in the box since some of the items are supposed to be a surprise, but we know two of the other items that will be included. 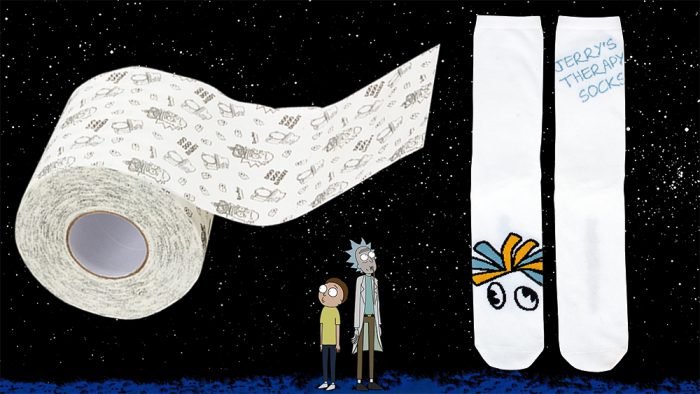 One item is a roll of toilet paper with drawings inspired by “The Old Man and the Seat,” including the King of Shit version of Rick. The other is a pair of Jerry’s sock puppet therapy socks from the fourth season finale, “Star Mort Rickturn of the Jerri.” And in case you forget what they’re for, they’re labeled.

Again, these aren’t the only items in the new Rick and Morty Loot Crate, but if you want to see the rest, you’ll have to pick one up by ordering. You can pre-order one for $39.99 starting tonight just after 12:00 A.M. ET / 9:00 P.M. PT when the previous quarter’s Loot Crate is changed over to the new one. It will be on sale until January 15 at 9:00 P.M. PT, and will ship shortly thereafter.

The post New ‘Rick and Morty’ Loot Crate Brings the Existential Crisis of the Butter Robot to Your Dinner Table appeared first on /Film.

This is the way?