It’s just another Mando Monday, and that means new merchandise inspired by the live-action Star Wars series The Mandalorian has been revealed. This time we’ve got a new Funko POP featuring The Child with a hungry look in his eye, a prop replica of Mando’s shiny helmet, a new Black Series figure, a collection of stylish new artwork, and even a shirt featuring the helmets of some other recognizable Mandalorians. Keep reading for more of the Mandalorian merchandise revealed today.

Note: All the items should be on sale or available for pre-order by 1:00 P.M. PT, but some may be available earlier. 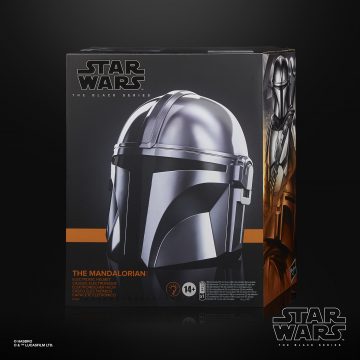 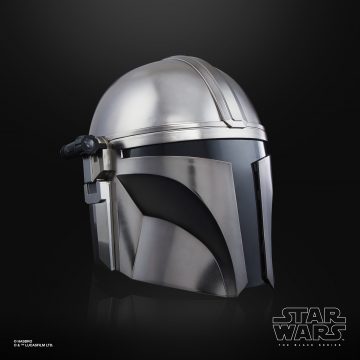 First up, get ready to cosplay as the Mandalorian with this new premium electronic helmet prop replica. Featuring interior padding and an adjustable fit, it’s the perfect way to suit up as Din Djarin. It also has a removable tactical light and interior red lights. If you’ve been looking for an easy way to start your bounty hunting career, this is the way.

Pre-order The Mandalorian electronic helmet at Amazon for $119.99 starting today. 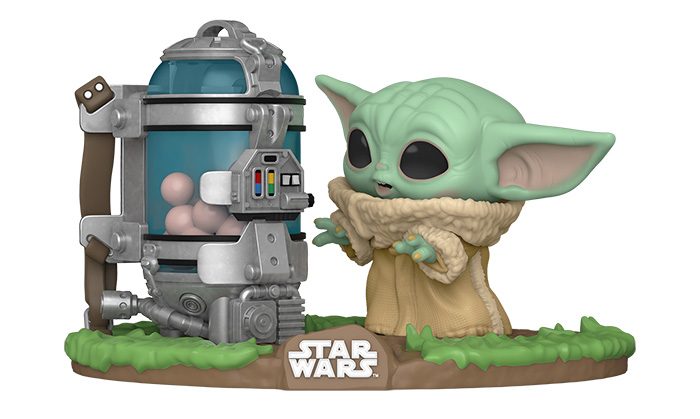 The most recent episode of The Mandalorian saw The Child being a little mischievous by munching on the eggs of an alien frog woman. Now a Funko POP captures the baby’s hunger as he looks at the tank holding the eggs, admiring what he hopes will make a tasty meal.

There’s been some uproar about The Child eating these eggs, but some have also wondered if maybe he’s not eating the eggs, but trying to keep them safe because he’s foreseen that there might be danger for the eggs in the future. Honestly, we think he’s just a hungry baby, and babies will eat anything they can get their hands on even if it’s not edible, so maybe we should just cut him a break.

You can pick up the Funko POP at Amazon for $10.99 starting today. 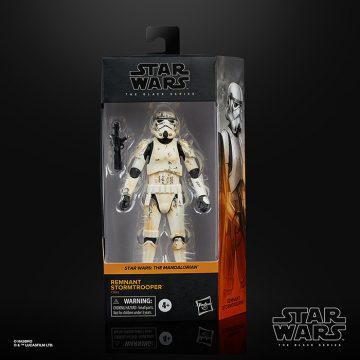 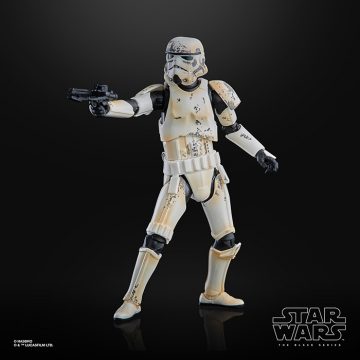 It wouldn’t be Mando Monday without another Black Series figure. Since we already have several versions of Mando himself, as well as all the other main characters, it’s time to let fans build up the remnants of the Imperial forces. Here’s a Remnant Stormtrooper, the kind seen following Moff Gideon and his squad of Deathtroopers around. The armor is scuffed and dirty, no longer shining like when the Empire was at the height of their power, and you can pick them up at Target for $19.99 starting today.

Not all the new merchandise for The Mandalorian is for your shelf. Displate has a collection of metal posters designed to look like illustrated trading cards. There are 17 total metal posters available in two different sizes with various options for printing and framing. The price for each starts at $44, but that will go up depending on the size and customization options you choose. Head over to Displate to see all of the metal posters. 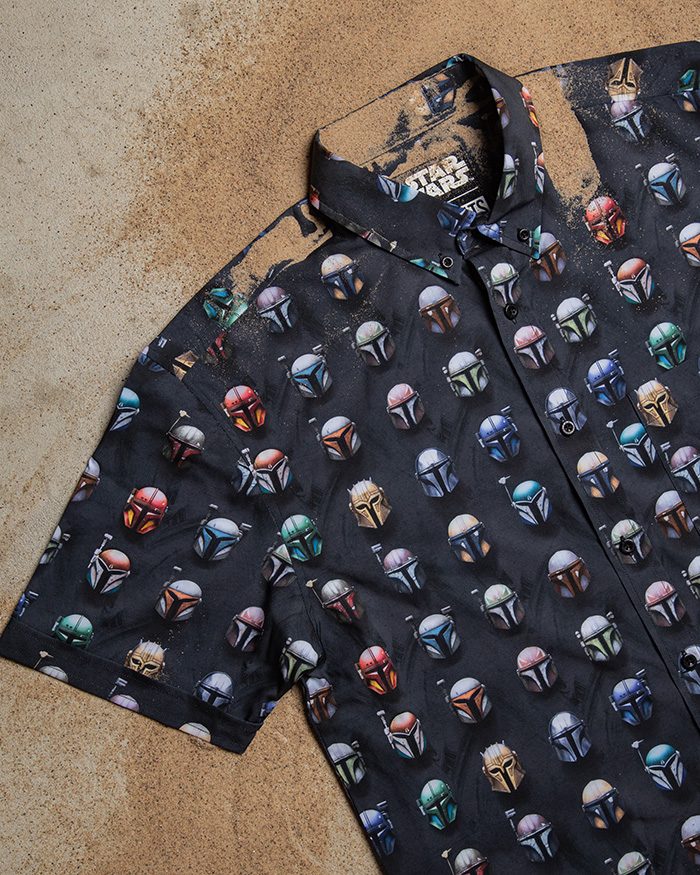 This Is The Way RSVLTS Shirt

The number of Mandalorians we’ve seen in the Star Wars universe has expanded quite a bit since The Mandalorian debuted last year. Now you can pay tribute to a lot of them with this new button down shirt from RSVLTS, featuring the helmets of Din Djarin, Sabine Wren, Boba Fett, The Armorer, The Heavy Infantry Mandalorian, and more.

You can order the shirt from RSVLTS for $65 starting today.