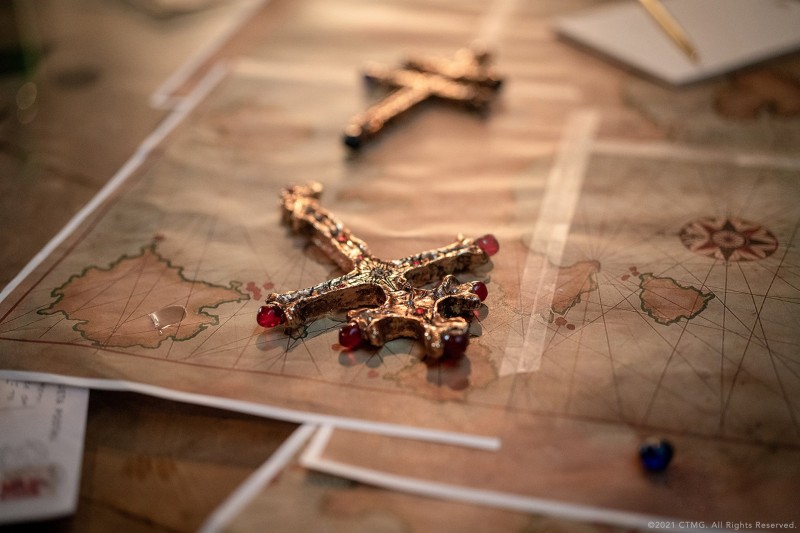 The upcoming Uncharted movie starring Tom Holland (Spider-Man) as a much younger Nathan Drake is on the horizon and to celebrate, the team behind the adaptation is sharing some new set images.

The latest look offers four new movie images including a map, Holland getting into things he probably shouldn’t be getting into, and more. Take a peek at the latest Uncharted stills in the below tweet:

We recently sat down with Nolan North, the incredible voice behind the PlayStation protagonist, to talk about the upcoming film. Now that he’s had a plethora of behind-the-scenes action, he told us: “I’m probably most excited to enjoy an Uncharted adventure as a fan just like everyone else,” North tells us. “From what I’ve seen, they’ve really stayed true to the fun-filled adventure style that the games brought to life so well.”

As for the upcoming movie adaptation, this Uncharted take won’t be directly adapting the games. Instead it will follow a younger Drake just beginning his 20s on the cusp of untold adventures that gamers later enjoyed throughout the PS-exclusive franchise.

How does North feel about a story surrounding the younger adventurer? “It was such a great idea to reveal Drake’s adventures in his 20’s rather than rehash an existing storyline that fans have already played.” He added, “I know I’m excited to see what they have in store for all of us. We’ll get to see and know Nate in a new and different way.”

Following the reveal of what Tom Hollands looks like actually suited up (no, not that suit), fan hesitations regarding yet another movie adaptation did an almost complete 180. Many fans that had doubts about Holland’s take on such an icon could see Drake’s strength within the younger actor, and a few previews following the big reveal seemed to assuage worries about the upcoming origins tale.

The upcoming Uncharted movie will be making its big-screen debut on July 16, 2021 (pending no further COVID-19 delays). Are you excited to see what Holland can do with a name like Drake? Sound off with your thoughts in the comment section below!