‘One Night in Miami’ Trailer: Regina King’s Directorial Debut is a Knockout

Regina King comes in swinging with her directorial debut, One Night in Miami, which has been heaped with praise by critics since the drama debuted at the Venice Film Festival in September 2020. It’s even made a few top 10 lists (and certainly, a few incoming ones). But praise doesn’t just build hype: new teasers and posters do, and we’ve got both of those today, in the form of an official trailer and characters posters released by Amazon Studios ahead of the film’s release in theaters and Prime Video later this month. Watch the official One Night in Miami trailer below.

One Night in Miami Trailer

King directs a drama based on the Kemp Powers stage play One Night in Miami, and draws from her four main stars (Kingsley Ben-Adir, Eli Goree, Aldis Hodge, and Leslie Odom, Jr.) powerhouse performances that do justice to the iconic figures they play.

The film takes place on a night in 1964 following the victory of Cassius Clay (Eli Goree), soon to be known as Muhammad Ali, over heavy weight champion Sonny Liston at the Miami Convention Hall. Afterward, Clay and three of his friends Malcolm X (Kingsley Ben-Adir), Sam Cooke (Leslie Odom Jr.), and Jim Brown (Aldis Hodge) gather in a hotel room to celebrate. But what unfolds over the course of the night is a series of deep conversations about their place in history, their responsibility to civil rights, and tense confrontations over their values. It’s an intense, and intensely confident film from King, who delivers a knockout debut that is on par with the tour-de-force performances from all four main stars.

The main cast deservedly get their own flashy character posters, which you can see below. 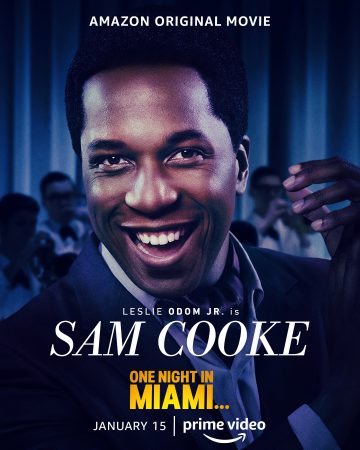 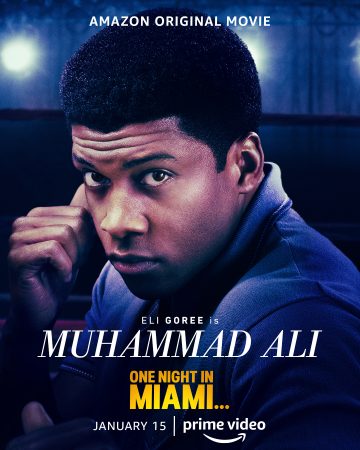 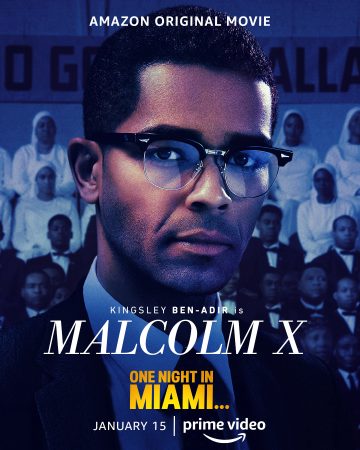 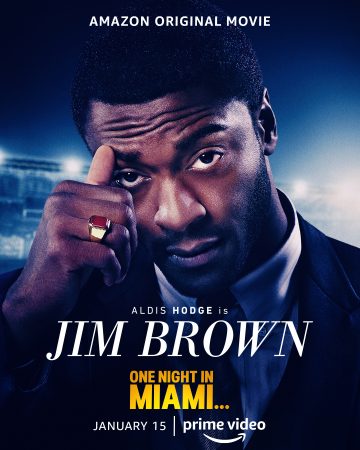 Here is the synopsis for One Night in Miami below:

Based on the award-winning play of the same name, and directed by Regina King, One Night In Miami… is a fictional account inspired by the historic night these four formidable figures spent together. It looks at the struggles these men faced and the vital role they each played in the civil rights movement and cultural upheaval of the 1960s. More than 40 years later, their conversations on racial injustice, religion, and personal responsibility still resonate.

The post ‘One Night in Miami’ Trailer: Regina King’s Directorial Debut is a Knockout appeared first on /Film.