Oscars 2021: Nomadland is the Big Winner at an Unusual Academy Awards 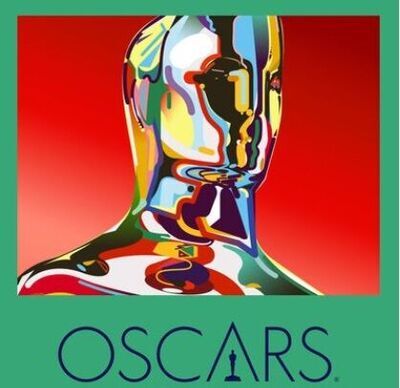 After the most drawn-out Oscar season ever, the show finally went on. The scaled-down pandemic edition of the 93rd Academy Awards proved to be an emotional affair despite the need for such safety measures as multiple Covid tests and social distancing. The usual glitz and glitter were slightly dimmed while the red carpet was a six-feet-apart affair, with masks not required when participants were on camera.

Oscar producer Steven Soderbergh—who ironically directed 2011’s “Contagion,” about a rapidly spreading virus—and his partners promised a host-less intimate experience with no Zooming allowed, one that would unfold like a movie at two venues: The Art Deco-bedecked Union Station and Oscar’s usual home, Hollywood’s Dolby Theatre, where the audience at any time was kept at 170 instead of the usual 3,400 attendees. Soderbergh also encouraged acceptance speeches to be personal and more expansive. Those winners not in L.A. were captured by remote satellite. But the atmosphere in the train station felt more like a cool, cozy lounge where the in-crowd hangs out.

Presenter names were scrawled as if they were movie credits as Regina King, whose directing debut, “One Night in Miami” earned three bids on the ballot, sashayed her way into the station in a regal blue gown with an envelope in her hand, where the name of the original and adapted screenplay winners lurked. She presented the first award for Original Screenplay to Emerald Fennell for “Promising Your Woman.” As she cradled her trophy, the witty Brit remarked, “He’s so heavy and he’s so cold.” Fennell was seven months pregnant while shooting her film in 23 days. She is the first woman in 13 years to take the prize since Diablo Cody claimed the gold man for 2017’s “Juno.” It’s about time.

Best Adapted Screenplay went to the dementia tale “The Father,” which French filmmaker Florian Zeller based on his play, along with collaborator Christopher Hampton. The win was a bit of an upset since many thought the trophy would go to Chloé Zhao for “Nomadland.”

As expected, the Danish film “Another Round,” about a rowdy band of middle-age binge drinkers, won the Best International Feature presented by Laura Dern, last year’s supporting actress winner for “Marriage Story.” It was a welcome yet bittersweet moment for director Thomas Vinterberg, who shared his tragic loss of his 19-year-old daughter Ida, who died in a car accident just four days into shooting. Referring to her, he said, “This is a miracle that just happened—and you’re a part of this miracle. Maybe you’ve been pulling some strings somewhere, I don’t know. But this one is for you.”

Dern then went on to present the Best Supporting Actor prize to the frontrunner Daniel Kaluuya for his portrayal of Black Panther leader Fred Hampton in “Judas and the Black Messiah.” It was no surprise since he won all the award predecessors leading up to the Oscar—the Golden Globe, Critics Choice, Screen Actors Guild and BAFTA awards. He thanked God, his mom and other family members while giving a shoutout to his fellow castmate in the category, LaKeith Stanfield, who he called “a gift” while referring to his female co-star “the light that is Dominque Fishback.” Much to his mother’s chagrin, who was in attendance remotely at the Dolby, Kaluuya concluded his speech thusly: “My mom met my dad, they had sex, it’s amazing. Do you know what I’m saying? I’m here, do you know what I mean? I’m so happy to be alive, so I’m going to celebrate that tonight.”

Don Cheadle then arrived on the scene to deliver the news of which makeup and hair contenders would claim the Oscar. The winning team, as expected, was “Ma Rainey’s Black Bottom” won by Sergio Lopez-River, Mia Neal and Jamika Wilson. Meanwhile, Ann Roth—the costume designer for “Ma Rainey”—became the oldest woman ever at age 89 to win an Oscar. Alas, she did not attend. She is tied for oldest ever with James Ivory, who won for his adapted screenplay of 2017’s “Call Me by Your Name.”

Bryan Cranston next showed up in the Dolby Theatre where he drew parallels to what happened in 1921 in the aftermath of another global pandemic. In 1942, The Motion Picture and T.V. Fund was created to help those who fell on hard times. Cranston’s own mother ended up there. Acknowledging how the MPTF were there during the country’s recent hard times, 70 of the vaccinated health care and social workers. It was the first time that the Jean Hersholt Humanitarian Award was given to an organization. Tyler Perry would also receive the prize for his own foundation that helps the economically disadvantaged later in the evening.

Next up was last year’s winning director Bong Joon-ho of “Parasite” fame, who announced this year’s recipient in a Dolby Theatre in Seoul. All the candidates were asked the same question, namely, “If you have to explain what directing is to a random kid in 20 seconds, what would you say?” David Fincher had the best reply: “There are two ways to shoot a scene and one of them is wrong.” As for who got the gold, of course, it was Chloé Zhao, who is just the second woman after Kathryn Bigelow, who won for 2010’s “Hurt Locker,” to claim the prize as well as the first female of color to do so.

“Sound of Metal” star Riz Ahmed stepped up next as a presenter for, what else, the sound category, and, of course, his film won. He then presented the Live Action Short Oscar to Travon Free and Desmond Roe for the timely “Two Distant Strangers,” about a Black man who is trapped in a time loop that keeps ending in his death.

Reese Witherspoon presented the Animated Short trophy to the directors of “If Anything Happens, I Love You,” Will McCormack and Michael Govier. The film about a couple who lost their daughter during a school shooting, was made entirely without dialogue, shot in 2D animation and created by an all-female animation team. She followed it up with calling out Pixar’s “Soul” as the victorious Animated Feature. No shock here. This is the third win for director Pete Docter in this category after wins for “Up” (2009) and “Inside Out” (2015). He is the most honored filmmaker in this category’s history so far. It’s also the 11th triumph in this category for Pixar, more than any other animation studio.

Marlee Matlin signed her way through presenting Documentary Short award to “Collette,” in which a Jewish woman is helped by a younger woman who accompanies her to the German concentration camp where her brother, who was part of the French Resistance, lost his life. It was directed by Anthony Giacchino. Matlin next handled the documentary category, announcing that “My Octopus Teacher” netted an Oscar win in its tentacles. It’s a rare win for two South African filmmakers—co-director Pippa Ehrlich and producer and subject Craig Foster. Erlich’s co-director James Reed is British.

Steven Yeun recalled seeing the violent “T2: Judgment Day” with his mother, and then gave out the Visual Effects Oscar to “Tenet.” Meanwhile, his mother-in-law in “Minari,” Yuh-jung Youn, had the flirty pleasure of having Brad Pitt, who produced her film, present her expected Supporting Actress trophy. She amusingly told him, “”Mr. Brad Pitt, finally! Nice to meet you. Where were you when we were filming, in person?” Youn is the first Asian woman to win in the category since Miyoshi Umeki in 1957’s “Sayonara” and is the third eldest actress to do so at age 73.

Halle Berry handled the task of presenting “Mank” with both the cinematography and production design awards. Harrison Ford showed up next to announce the editing champ after reading the scathingly negative notes from one of his movies, 1982’s “Blade Runner.” This year, “Sound of Metal” hit the spot with voters.

Zendaya stepped up next to announce the champ for score, a shoo-in for “Soul,” which is all about the music, considering its hero is an aspiring jazz trumpeter. The honor was shared by Trent Reznor, Atticus Ross and Jon Batiste. Best song went to H.E.R.’s song “Fight for You” from “Judas and the Black Messiah.” With an Oscar to go along with her four Grammy awards, she is halfway to an EGOT.

Angela Bassett introduced the In Memoriam segment set to “Always” by Stevie Wonder and acknowledged the deadly year we have suffered, both in the streets and in hospital rooms. It ended appropriately with Chadwick Bosman’s image.

In a surprising shift, Best Picture wasn’t handed out last, and the task of announcing it fell to the legendary Rita Moreno. Of course, it went to “Nomadland.” As a producer on the film, Its star Frances McDormand shared in the win. At the end of her acceptance speech, she said, “We give this one to our wolf” and unleashed a loud howl on the stage. Zhao revealed backstage that it was a way of honoring the movie’s sound mixer, Michael Wolf Snyder who died recently.

It seemed odd that the show would end with the reveals for Best Actor and Actress when the show usually ends with declaring Best Picture. Perhaps the producers knew a surprise was forthcoming as Renee Zellweger, last year’s Best Actress for “Judy,” would reveal the result. This year, it seemed to be a consensus that this category was the most difficult to predict. Who is it? Viola Davis for “Ma Rainey’s Black Bottom,” Carey Mulligan for “Promising Young Woman,” Andra Day for “The United States vs. Billie Holiday,” Vanessa Kirby in “Pieces of a Woman?”

Nope. Frances McDormand! She bellowed, “I have no words, my voice is my sword and my sword is in my work!” McDormand now is in range of tying Katharine Hepburn’s four lead acting Oscars (although she has technically has four trophies with her pair this evening). She also joins an elite club of five other actors who collected three acting Oscars: Ingrid Bergman, Walter Brennan, Daniel Day-Lewis, Jack Nicholson, and Meryl Streep. It’s also the first time in 16 years that a Best Picture and its lead actress both triumphed. The last time it happened was when Hilary Swank won her second lead prize for 2004’s “Million Dollar Baby.”

But the biggest surprise of the evening was delivered by Joaquin Phoenix, who won Best Actor last year for “Joker,” as he closed the show by declaring the absent Anthony Hopkins as his successor. Most Oscarologists placed their bets on Chadwick Boseman to become the third actor to receive a posthumous Oscar after Heath Ledger in 2010’s “The Dark Knight” and Peter Finch in 1976’s “Network.” But it was not in the cards. As for Hopkins, given that the onetime Hannibal Lecter is now the oldest acting winner ever at age of 83, the Welshman deserves to take the night off.

BEST INTERNATIONAL FILM: “Another Round”

BEST ANIMATED SHORT: “If Anything Happens, I Love You”