Prince Harry Will Likely Return To The UK For Prince Philip’s Funeral: DETAILS 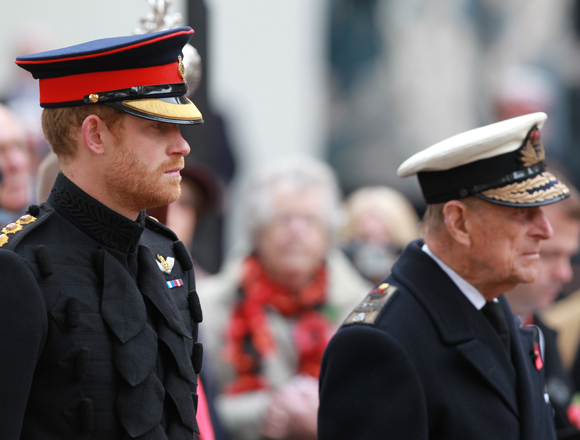 A Royal Family reunion may be on the horizon — albeit much earlier than we expected, and under much sadder circumstances.

As we previously reported, Queen Elizabeth II’s husband Prince Philip died on Friday at age 99. Since then, “Operation Forth Bridge,” the protocols in place for the Prince Consort’s passing, have been enacted, kicking off an official period of mourning for the Queen, her family, and the country as a whole. But of course, there’s another Royal Family member living outside their jurisdiction right now: Prince Harry.

Related: William ‘Accused Harry Of Putting Fame Over Family’: Inside Their Big Fight!

Multiple outlets have reported that it’s very likely Harry will fly to attend his grandfather’s funeral, despite two major factors working against him. Namely, ongoing travel restrictions due to COVID and the ongoing feud with his family, which was exacerbated by his and Meghan Markle’s recent tell-all interview with Oprah.

As to the first issue, while the current UK COVID restrictions dictate a mandatory quarantine upon arrival, DailyMail.com suggested the 36-year-old “may be permitted to use a diplomatic exemption to waive the normal Covid quarantine rules applying to flights from the USA.”

As to the second issue… well, it doesn’t seem like Archie’s dad will let tension prevent him from showing up. A source told the New York Post:

“Harry was extremely close to his grandfather. He will, of course, be there, no matter how difficult relations are between the Sussexes and the family.”

Another insider for DailyMail.com shared:

“Harry will absolutely do his utmost to get back to the UK and be with his family. He will want nothing more than to be there for his family, and particularly his grandmother, during this awful time. Meghan is obviously pregnant so she will need to take advice from her doctors about whether it is safe for her to travel, but I think Harry will definitely go.”

We are somewhat doubtful that Meg will make the trip, despite wanting “to be by [Harry’s] side,” per the Post source. It’s a long trip to make during the middle of a pandemic while pregnant, to say nothing of the fact that she would be returning to a country and institution that left her suicidal the last time she was with child. It’s probably for the best that she sits this one out and lets the UK cool down in the Oprah aftermath.

The expecting parents honored Prince Philip by shutting down their website for Archewell, temporarily replacing it with a tribute to the royal patriarch which read:

“THANK YOU FOR YOUR SERVICE…YOU WILL BE GREATLY MISSED.”

Harry and Meghan’s Archewell Foundation site honors Prince Philip, says “Thank you for your service… You will be greatly missed.” pic.twitter.com/xGfCuPSoFN

Other members of the Royal Family have similarly added digital-age tributes to the more traditional mourning protocols. Official Instagram accounts for Prince William and Kate Middleton, Prince Charles and Camilla Parker Bowles, and the family in general swapped out their profile pictures for black-and-white versions of their royal crests and symbols (Will and Kate’s is a monogram featuring both of their initials).

We expect these small tributes are just the first of many we’ll see over the coming days — including Harry flying out to be with his family. We continue to keep them all in our thoughts.

The post Prince Harry Will Likely Return To The UK For Prince Philip’s Funeral: DETAILS appeared first on Perez Hilton.