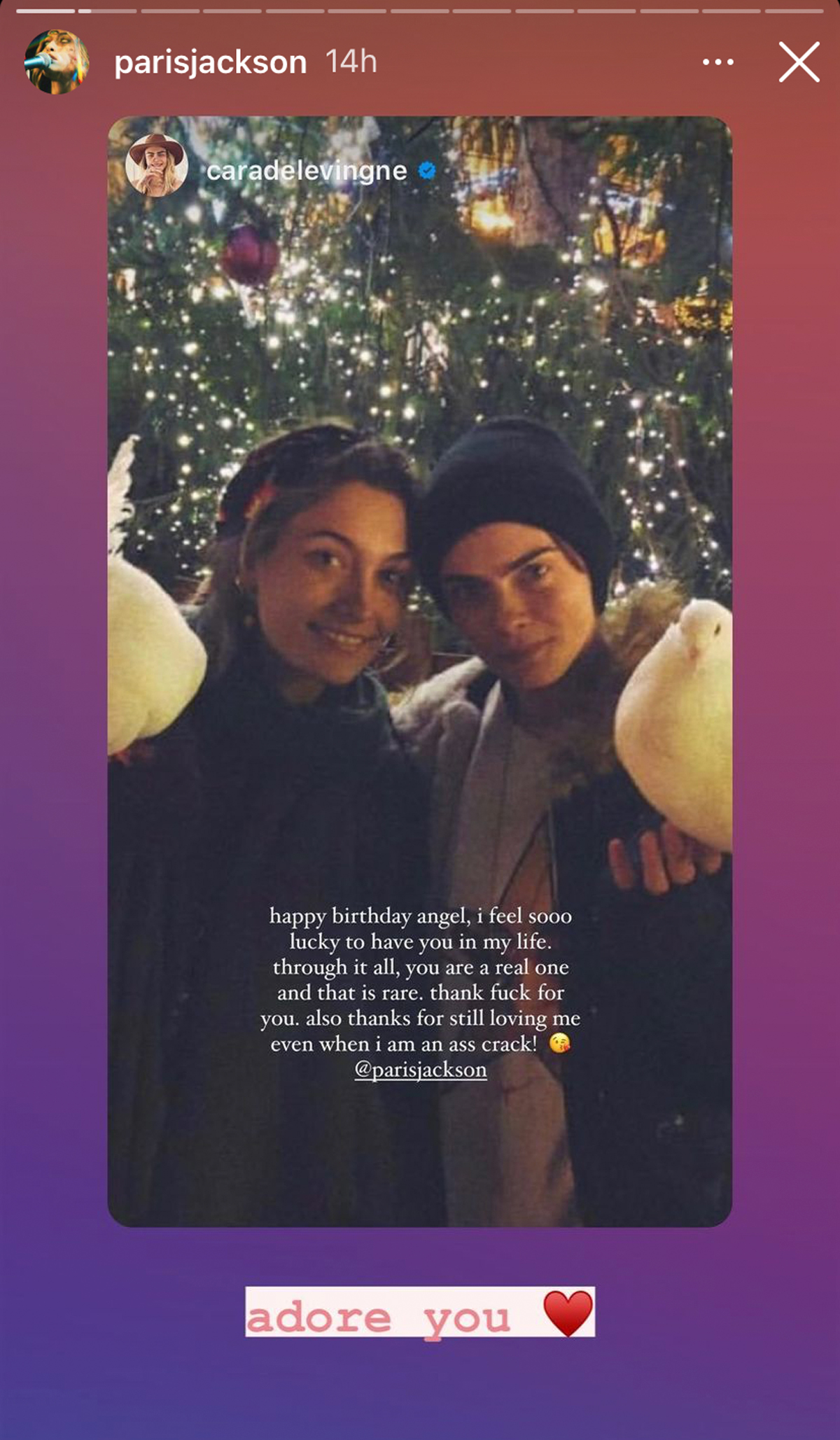 On Saturday, the eldest son of Michael Jackson took to Instagram to honor Paris Jackson with some sweet throwback pics for her 23rd birthday. In the caption, he wrote:

“It’s crazy to think that you’re my lil sister @parisjackson. You’ve grown and learned so much and I couldn’t be prouder of the woman you are and the path you’re going down.”

In one of the photos, the 24-year-old engulfed his little sister in a hug while in a hotel room. In another, the pair dressed up for Motown Records’ — the label their father signed to as part of the Jackson 5 — 60th-anniversary party in 2019.

“I like these photos cause I think it shows our duality, the yin, and the yang, I love you yabyab HAPPY BIRTHDAY!! Keep doin what you’re doin you’re so awesome and I hope you have a great day!!”

And the sibling love didn’t stop there! Prince also shared a happy birthday message for the Wilted singer on his Instagram Story, saying:

“It’s only positive vibes. She is 23 years old — that’s crazy — sometimes I feel like she’s older than me, but I forget how old I am sometimes. Love you, have a great day.”

Prince wasn’t the only family member to show some love to Paris as her cousin TJ Jackson and their brother Bigi Jackson took the time to wish her a happy birthday. Cara Delevingne also shared a message to the singer, writing:

“happy birthday angel, i feel soooo lucky to have you in my life through it all, you are a real one and that is rare. thank f**k for you, also thank you for still loving me even when i am an ass crack.”

Recently, Paris opened up about life with her famous father, who passed away in 2009, on Naomi Campbell’s YouTube series No Filter.

“My dad was really good about making sure we were cultured, making sure we were educated, and not just showing us like the glitz and glam, like hotel hopping, five-star places. It was also like, we saw everything. We saw third world countries and we saw like, every part of the spectrum.”

And it seems they’ve remained close through it all! We wish you a very happy birthday, Paris!