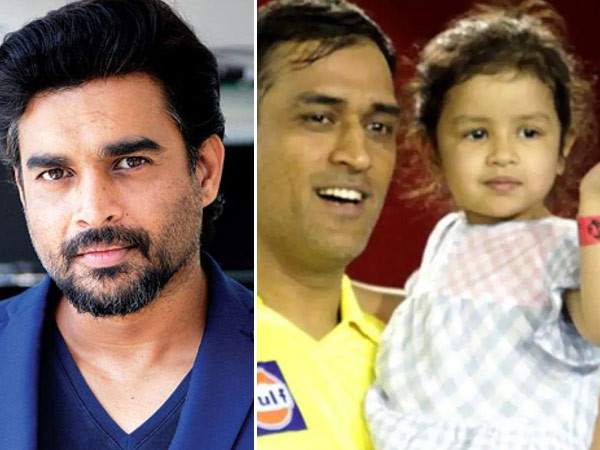 Social media can be quite toxic, we know that. Recently, this toxicity was on full diaplay on MS Dhoni’s wife Sakshi’s intagram account. Dhoni’s poor form at the IPL has been a big talking point. After the skipper failed to help Chennai Super Kings earn 2 points against Kolkata Knight Riders, his wife’s comment sections was filled with hate messages. There were even rape threats to his daughter. 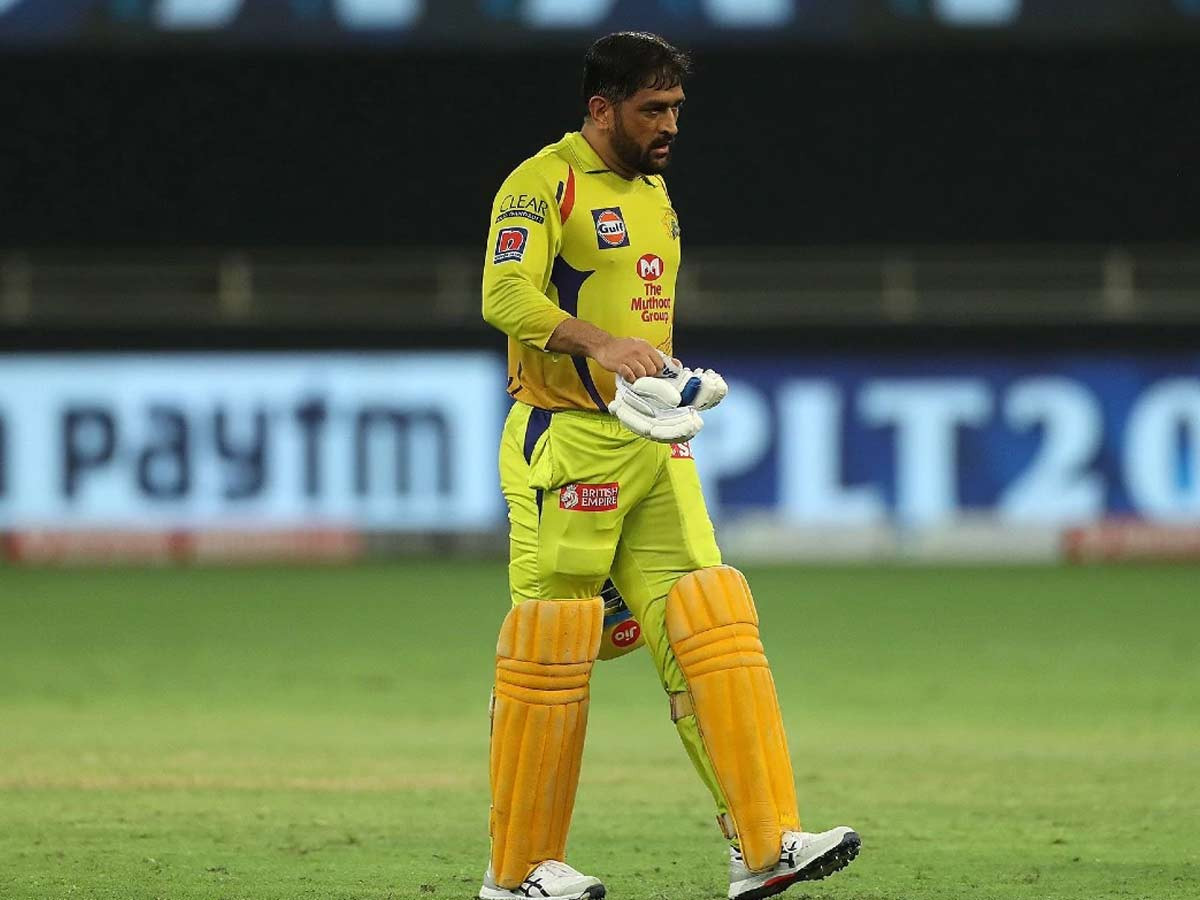 This obviously infuriated people,who called for the immediate arrest of the culprit. According to a report in Times Of India, a 16-year-old teen was arrested on Sunday from Mundra in Gujarat. After making the arrest, Superintendent of Police Saurabh Singh, Kutch (West) told reporters, “The class 12 student from Namna Kapaya village was detained for questioning in connection with a disgusting threat message that was posted on the Instagram account of Dhoni’s wife Sakshi Dhoni a few days back.”

Actor Madhavan took to social media and reacted to the news with a tweet that read, “Teenager Detained For Issuing Threats Against MS Dhoni’s Daughter: Police Great job .. time to clamp down and put the fear of law and god on these faceless monsters who think they can do and say what they want on the internet. Even if they are teens.” 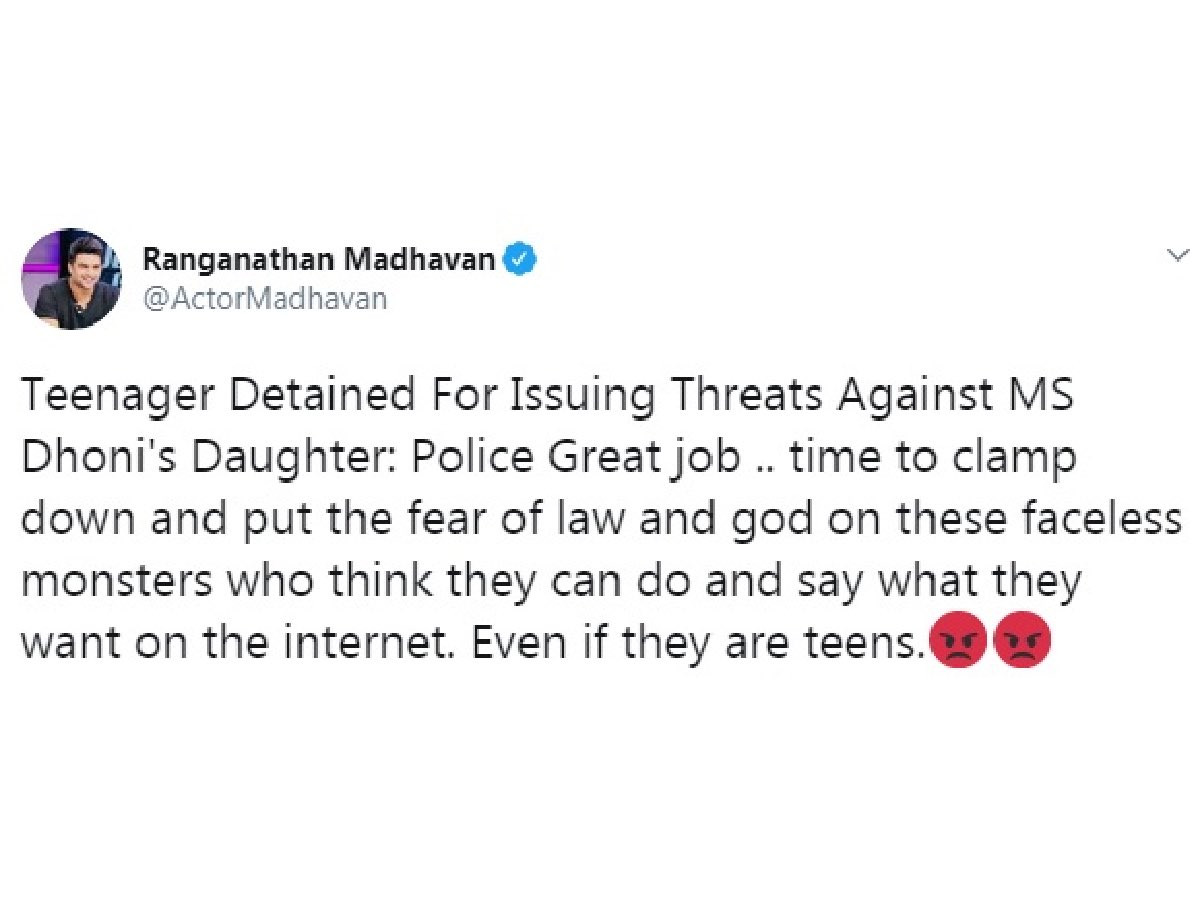 We complexly agree with you, Madhavan. 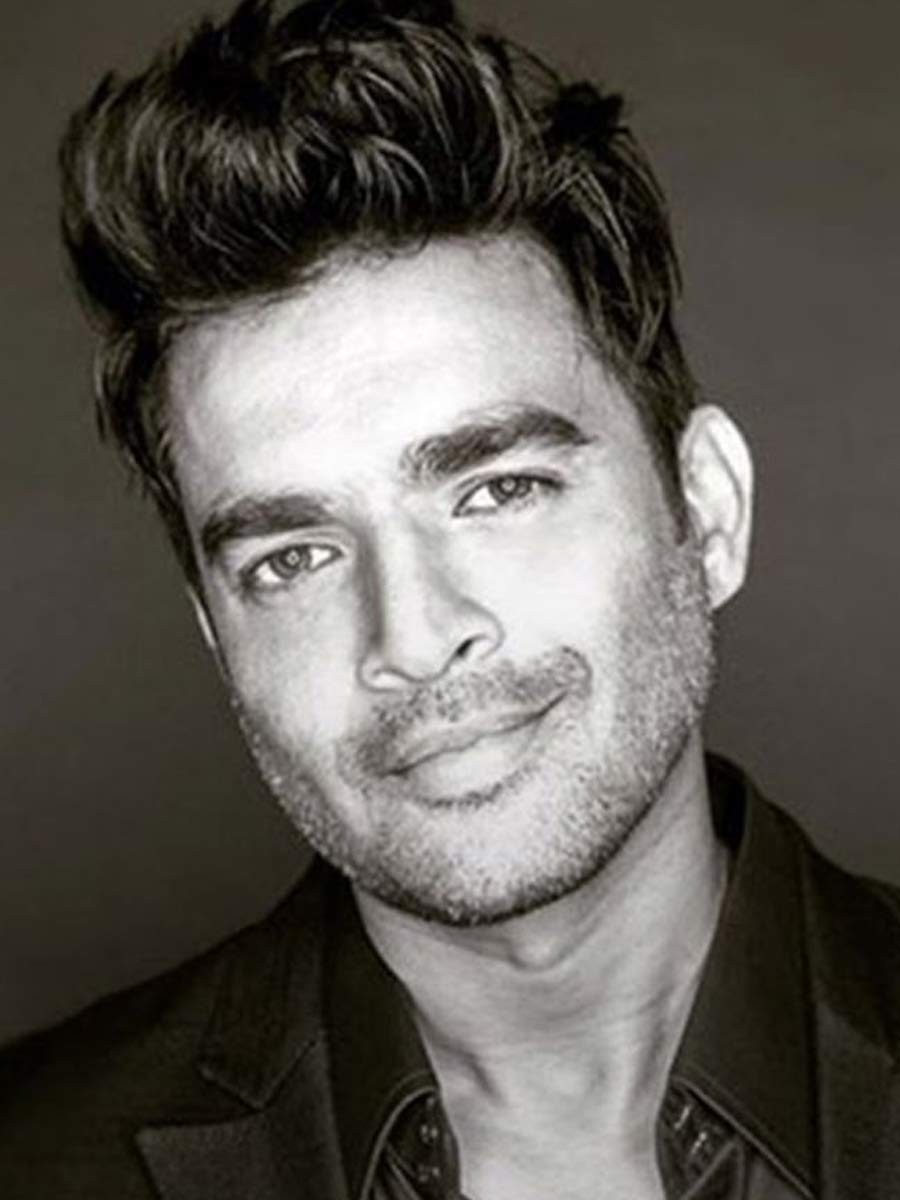 October 21, 2020
PayPal customers will also be able to use cryptocurrencies to shop at the 26 million merchants on its network starting in early 2021, the company...
October 21, 2020
NORFOLK, Va. – With the coronavirus lockdown and school out for the summer, 9-year-old Maya Gebler’s social world had shrunk to her immediate family and...
October 21, 2020
Joe Biden’s campaign announced another “lid” on Monday morning, announcing their candidate would avoid all contact with reporters for four entire days leading up to...
October 21, 2020
Bahubali director SS Rajamouli’s next film, RRR, is already creating waves all across India. The film will see, for the first time, Ram Charan and...
October 21, 2020
Tory Lanez took to Instagram Live to directly address the shooting of Megan Thee Stallion. He says he is innocent."For the last three months of my...
October 21, 2020
Nvidia has announced the next dozen PC games which will benefit from either ray tracing or DLSS, or indeed both of those features in most...