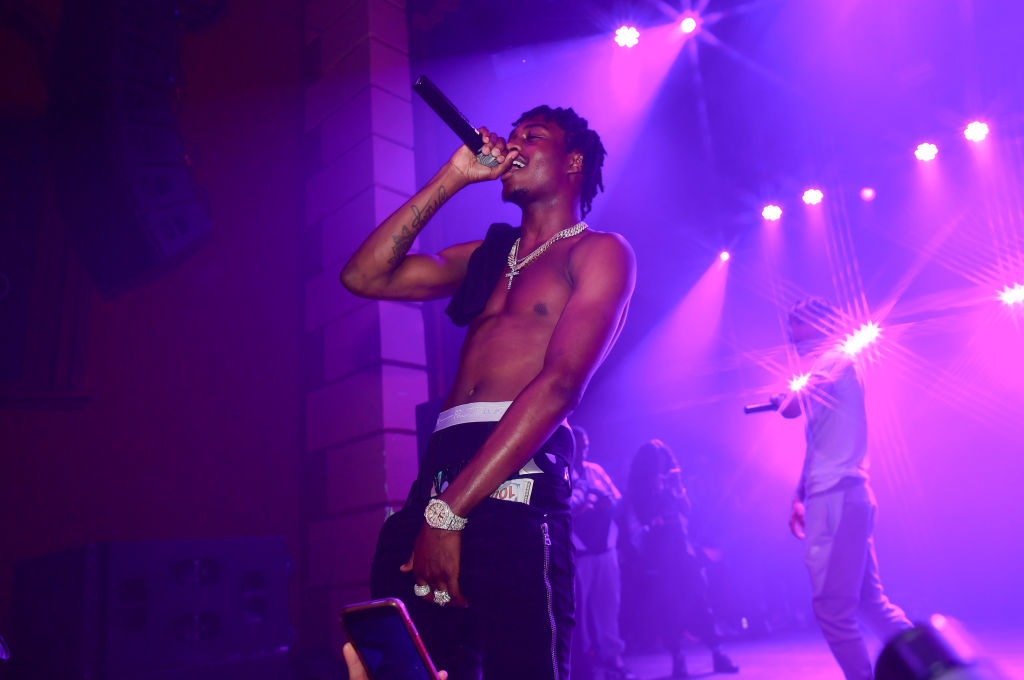 Lil Tjay is becoming a little too familiar with the Hip-Hop police. The Bronx rapper was recently popped for gun and weed possession allegedly.

Just last week, Tjay was detained by NYPD cops while he was at a video shoot. However, the cops didn’t find anything in the SUV he was travelling in.

However, according to Page Six, on Wednesday (Dec. 30), just a few days after the aforementioned incident, cops found a gang of guns in the Cadillac Escalade the 19-year-old was travelling in after it was pulled over.

Reportedly, Tjay, born Tione Merritt, was in the vehicle with four other men when it was pulled over in East New York after failing to signal when switching lanes, per the authorities. After a search, the cops claim they found four loaded pistols (a Ruger, a Taurus, a Sig Sauer and a Smith & Wesson) which they claim were hidden under a cup holder.

But it only gets worse because the Smith & Wesson was reported stolen by the Columbia PD in South Carolina. Also found in a backpack was marijuana.

“They’re targeting Lil Tjay for this arrest based on the incident that happened a few days ago when they illegally searched him and the vehicle he was in at his video shoot,” Dawn Florio, the rapper’s defense lawyer, told the NY Post.

But if he was being targeted, why was he riding in a car with…never mind.