Sakuna: Of Rice and Ruin Review – Feast And Famine 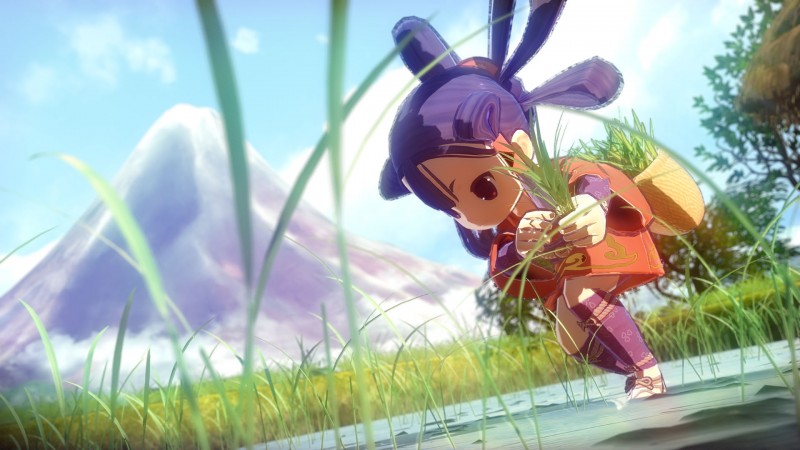 Even in an industry with unlikely genre hybrids like MMO/shooters and puzzle/RPGs, Sakuna: Of Rice and Ruin presents a strange combination. It’s a fast-paced action game that has you unleashing stylish combos against a screen full of monsters. However, it is also a farming game that emphasizes the value of community and growing high-quality rice. Finding a harmonious balance between those extremes of the gaming spectrum might seem impossible, but developer Edelweiss makes it work surprisingly well. However, even with that significant challenge overcome, Sakuna: Of Rice and Ruin still succumbs to minor pests and blights that eat away at the fun over time.

Sakuna is a deity whose parents are the god of war and the goddess of the harvest, and players experience that heritage in separate-but-connected ways. Most of your time is spent leaning into the whole war thing, traversing 2D stages and fighting demons with an array of weapons and magic powers. The combat feels satisfying, and you can execute all of your moves with simple button combinations; it’s easy to knock enemies backward, perform a dashing slash, or summon a tornado. You also earn and level new skills along the way, and experimenting with different combinations is fun. I enjoyed launching enemies into the air, slashing mercilessly, and sending them crashing down into environmental hazards and fellow demons.

Navigating most levels also involves platforming, which requires Sakuna’a divine raiment – a glowing scarf that allows her to grab onto walls and foes. Though I appreciate potential mobility the raiment adds to Sakuna’s moveset, it is frustratingly unreliable. You use the analog stick to aim it, but the raiment is strictly locked to eight-directional vectors, so unless you line it up exactly right, you can easily overshoot the ledge or ceiling you’re hoping to secure. I don’t mind retrying small jumps, but when a slight miscalculation puts me on a fatal collision course with a river of lava, I start to lose patience. I had a similar problem latching onto specific enemies – particularly bosses who always have a crowd of lesser demons nearby.

When you aren’t out exploring and fighting, you spend time at your homestead growing rice. Simple minigames help you prepare and process your crop, like sorting the rice with mud, or pounding the grains to hull them. How you complete these tasks has an impact on various qualities of your final harvest, like how hearty your rice is, or how good it tastes. However, because of the ambiguity and uncertainty surrounding the whole growing process, fine-tuning your rice to desired specifications feels like a guessing game. Even so, precision isn’t required for success, and since you aren’t managing huge fields or growing a ton of different crops, the farming element never becomes overwhelming.

This pastoral gameplay also feeds into the action elements well. The meals you prepare give you short-term attribute bonuses and buffs to help you tackle the day’s challenges, and each crop of rice you complete bestows permanent improvements; it’s effectively how you level up. On the flip side, the items and ingredients you gather in the action-focused segments are used for fertilizer, crafting, and meal ingredients, which creates a clever loop to connect the two different facets of the experience. This interplay is the main thing that kept me invested, especially since the story (focused on Sakuna’s redemption) isn’t anything to get excited about. Several of the characters are off-putting and obnoxious, with too much dialogue that has too little to convey.

Even if the action and simulation elements work together, Sakuna: Of Rice and Ruin still faces problems with its repetitive structure. Simply finishing levels isn’t enough to keep you moving forward; each stage has a handful of objectives that raise your “exploration level,” which is a number that arbitrarily gates which areas are available to you. That means you need to revisit old zones several times, aiming to complete dull tasks like “defeat 30 enemies with magic” or “collect 3 pieces of ore.” All of these goals are slight variations on similar themes, so they don’t lead to any unique moments – they are just routine busywork you’re obligated to complete again and again.

Sakuna: Of Rice and Ruin is full of highs and lows. From one moment to the next, it can be a lot of fun. Farming and fighting are each entertaining independently, but the systems supporting those central concepts feel unrefined. Combat is cool, but the pacing interrupts its momentum. The rice-based progression is interesting, but the story and characters are not. All of these trade-offs prevent Sakuna: Of Rice and Ruin from delivering its full bounty, though you can still reap the benefits of its novel combination of ideas. 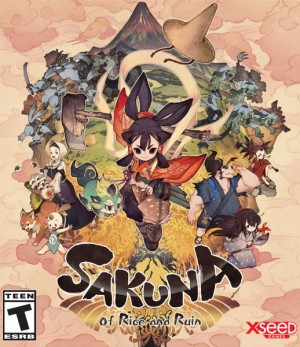 Summary: Some trade-offs prevent Sakuna: Of Rice and Ruin from delivering its full bounty, but you can still reap the benefits of its novel ideas.

Concept: Combine your fighting and farming skills as a goddess who gets stronger as her rice crop improves

Graphics: The stylized visuals result in a few beautiful cinematic scenes, but the action often moves too quickly to soak in the designs

Sound: While the characters sound obnoxious, I’m not sure if that’s the result of the voice performances or just the writing

Playability: Flashy combat moves are cool and easy to execute, though grappling with the divine raiment could be tightened up

Entertainment: Combat is fun, and it ties into the simulation elements well. However, the pacing and repetition makes it difficult to fully appreciate it all