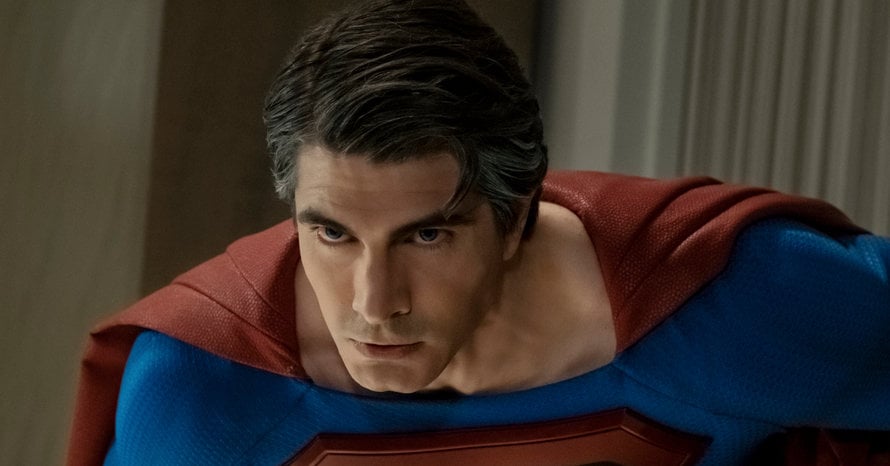 Superman Returns star Brandon Routh gets a new look as the Man of Steel by sporting a tweaked version of the Kingdom Come costume in this stunning new concept for a potential HBO Max series.

Many were excited to see Brandon Routh reprise his Superman role in the Kindom Come suit for Crisis on Infinite Earths last winter. Now, fans are desperate for the actor to return once again in a Superman series on HBO Max. In addition to the original DC Universe shows moving over to the streaming service, HBO Max will also feature a Green Lantern Corps series along with spin-offs for both The Batman and The Suicide Squad.

The Man of Steel is also getting a new television series, but for The CW with Superman and Lois. As HBO Max continues to add new DC content, like Wonder Woman 1984, perhaps the adventures of Brandon Routh’s Superman could continue on the platform. The suit Brandon Routh wore in Crisis on Infinite Earths was heavily inspired by Alex Ross’ Kingdom Come, and now a new concept from Instagram artist Dalton Barrett tweaks the suit with a little modern flare that also draws from his Superman Returns suit. Drop down below to check out the concept design for the potential HBO Max series.

Do you want to see Brandon Routh star in a Superman series for HBO Max? Sound off in the comments section below!

Here is the synopsis for Brandon Routh’s Superman Returns:

In a soaring new chapter in the epic story of the Man of Steel, Superman Returns to fight for truth and justice! While old enemy Lex Luthor (Kevin Spacey–Seven, L.A. Confidential) plots to render him powerless, Superman (Brandon Routh) must face the heartbreaking realization that Lois Lane (Kate Bosworth–Beyond the Sea), has moved on with her life. Or has she? From the depths of the ocean to the far reaches of outer space, Superman blazes an epic journey of redemption to protect the world he loves from cataclysmic destruction. The X-Men’s Bryan Singer takes the helm in this superpowered epic action-adventure that reunites Superman with a world that’s almost learned to live without him.

Stay tuned to Heroic Hollywood regarding all the latest news on Brandon Routh’s Kingdom Come Superman and make sure to subscribe to our YouTube channel for more video content!