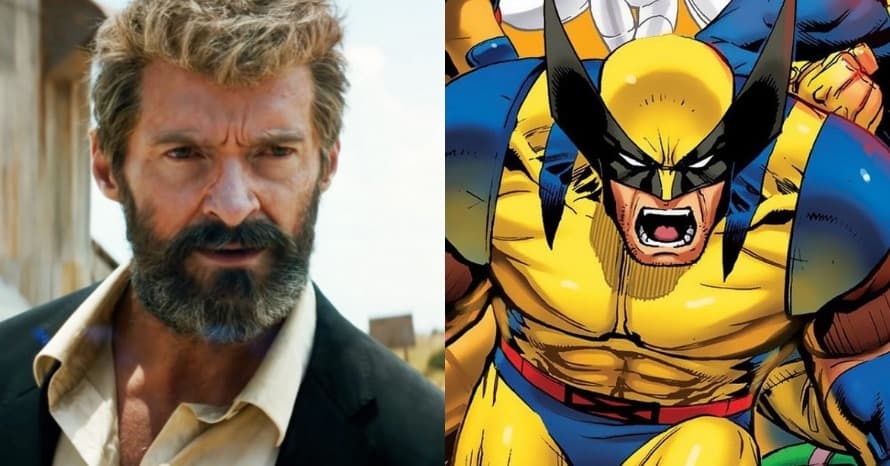 Hugh Jackman ended his long tenure as Wolverine after the critically-acclaimed farewell to the classic X-Men character with Logan. Jackman has said on numerous occasions that he is done with the role with many fans throwing names like Taron Egerton, Tom Hardy, Kit Harington, Daniel Radcliffe, and Antony Starr out there as the next Wolverine. However, Jackman returning as Wolverine isn’t as far fetched as it once was with the recent news of Jamie Foxx returning as Electro with a new-look and the Marvel Cinematic Universe diving into the multiverse with Doctor Strange 2.

During his time as Wolverine, Hugh Jackman did a lot, but one thing fans never got to see was Logan in the classic yellow X-Men suit. We’ve seen the yellow suits in X-Men: First Class and a cut deleted scene from The Wolverine revealed a comic book accurate suit in a briefcase, but Jackman never wore it on the big screen. Digital artist Spdrmnkyxxiii has now shared some great fan art that shows the potential of Jackman in the classic Wolverine costume that you can see below.

Was supposed to upload this yesterday but didn’t get the time. Happy belated birthday to man himself @thehughjackman Would have loved to see him in the suit atleast once. #Xmen #Thewoverine #hughjackman . . . . . . . Follow @spdrmnkyxxiii for more art

Do you think Hugh Jackman will return as Wolverine in the Marvel Cinematic Universe now that Jamie Foxx is back as Electro? Let us know in the comments section below!

Here is the official synopsis for Logan:

In the near future, a weary Logan cares for an ailing Professor X in a hide out on the Mexican border. But Logan’s attempts to hide from the world and his legacy are up-ended when a young mutant arrives, being pursued by dark forces.

Logan is now available on Digital HD, Ultra HD, Blu-ray, and DVD. Stay tuned to Heroic Hollywood for all the latest news regarding the future of Wolverine, the X-Men franchise, and be sure to subscribe to our YouTube channel for more great video content.