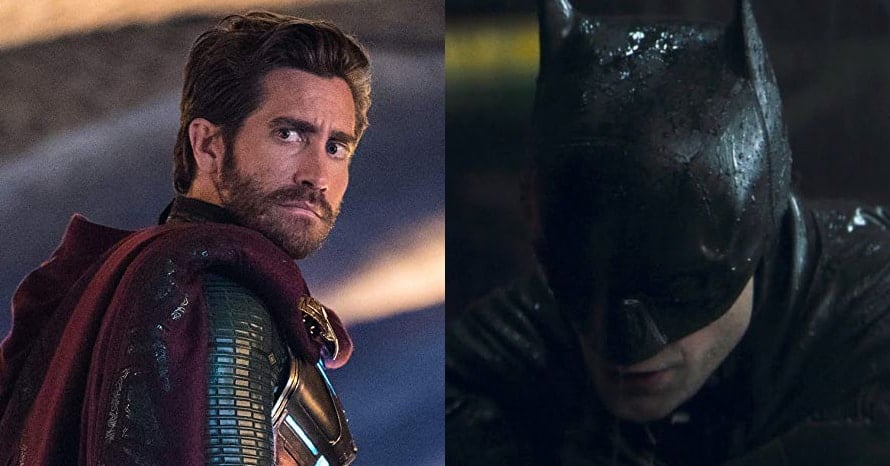 After his chilling performance in Nightcrawler, a new design sees Jake Gyllenhaal as the Joker for Robert Pattinson’s The Batman.

Although we’ve seen a lot from the Joker over the last few years, a rumor surfaced online back in June suggesting Matt Reeves is looking to introduce the legendary villain in his sequel to The Batman. Since the first trailer for the Robert Pattinson film showed off a vision of Gotham which almost felt inspired by David Fincher’s films, it would definitely be fascinating to see the villain through that lens. And a new design shows off what Jake Gyllenhaal as the Joker could look like in the new trilogy.

Robert Pattinson Explains His Approach To Bruce Wayne For ‘The Batman’

The art takes a still from Nightcrawler, where Jake Gyllenhaal played a morally corrupt young man who gets into crime journalism in Los Angeles. Thanks to his truly unhinged performance in the thriller, it’s easy to see why the artist picked Gyllenhaal as the Joker. It gives the actor a light purple suit alongside pale green hair and the signature creepy smile. Given Gyllenhaal’s acting talents, it’s hard to deny that he’d be a good fit for the role in a sequel to The Batman, especially opposite Robert Pattinson. Take a look below!

Should Robert Pattinson’s The Batman introduce a new Clown Prince of Crime? Would you like to see Jake Gyllenhaal as the Joker in a future film? Or is it time to leave the villain alone for a while? Sound-off in the comments below!

The plot of The Batman is being kept a closely guarded secret, but we know the film will follow Robert Pattinson as a younger Bruce Wayne, chronicling Batman during his second year as Gotham City’s Dark Knight. The Batman will also show off the hero using his skills as a detective more than what we’ve seen before in previous versions of the character. It is also expected to be the first installment in a new trilogy of films starring Pattinson.

Directed by Matt Reeves from a script he co-wrote with Mattson Tomlin, Robert Pattinson stars as the Caped Crusader, Zoe Kravitz as Catwoman, Paul Dano as the Riddler, Jeffrey Wright as Commissioner James Gordon, John Turturro as Carmine Falcone, Peter Sarsgaard as Gil Colson, Jayme Lawson as Bella Reál, with Andy Serkis as Alfred Pennyworth, and Colin Farrell as the Penguin.

The Batman is currently scheduled to hit theaters on March 4, 2022. Stay tuned to Heroic Hollywood for all the latest news on Jake Gyllenhaal, the Joker and Robert Pattinson’s upcoming film, and make sure to subscribe to our YouTube channel for more video content.

The post See Jake Gyllenhaal As The Joker For Robert Pattinson’s ‘The Batman’ appeared first on Heroic Hollywood.