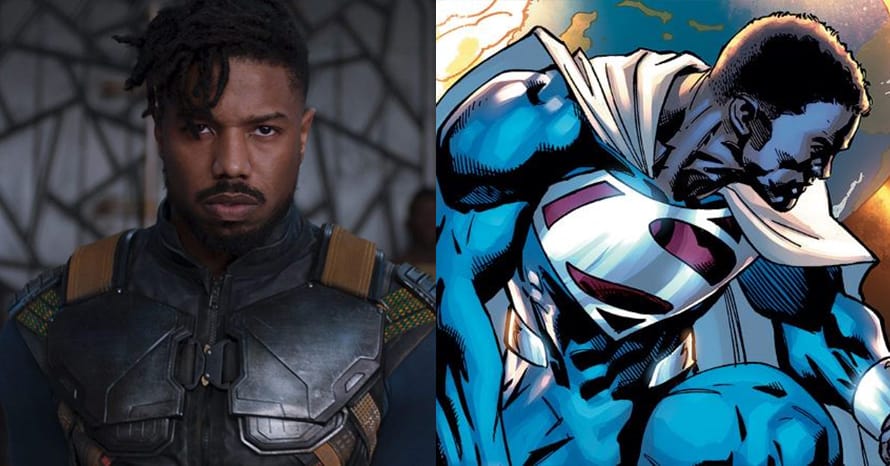 New art pictures Michael B Jordan as Superman to replace Henry Cavill in the DC Extended Universe as Val-Zod from Earth-2.

It’s been three years since audiences last properly saw Henry Cavill’s Superman grace the big screen, and many are wondering whether it’s time to introduce a new version of the hero in his absence. That doesn’t necessarily mean recasting Kal-El, but introducing Val-Zod would be an excellent way of pushing Superman in a fresh direction. And there’s perhaps no one better to take on the role than Michael B Jordan. Back in 2019 the star discussed whether the world is ready for a Black Superman, saying that he would approach a role like that with “great care and caution.”

Although when the star was asked last year by MTV about the rumors that suggested he’ll play Superman in the DCEU, he noted that he’s got used to the constant headlines suggesting that he’s taking on fan-favorite characters. He didn’t rule the role out, but did explain that he’s a fan of the comics. Savagecomics on Instagram imagined what Michael B Jordan as Superman, giving him the blue, silver and red costume that Val-Zod has worn ever since his 2014 debut. Take a look at Michael B Jordan as Superman below.

Should Warner Bros. cast Michael B Jordan as Superman? Or should Henry Cavill get a Man of Steel sequel? Sound-off in the comments below!

Zack Snyder’s Justice League Cut is set to hit HBO Max in 2021. Stay tuned to Heroic Hollywood regarding all the latest news on Michael B Jordan and Henry Cavill’s Superman, and make sure to subscribe to our YouTube channel for more content!

previous‘The Mandalorian’ Delivers One of Its Best Episodes, and Brings Back Some Familiar Faces, With “The Heiress”
nextMultiple More Women Come Forward With Stories Of Sexual Assault From Derrick May