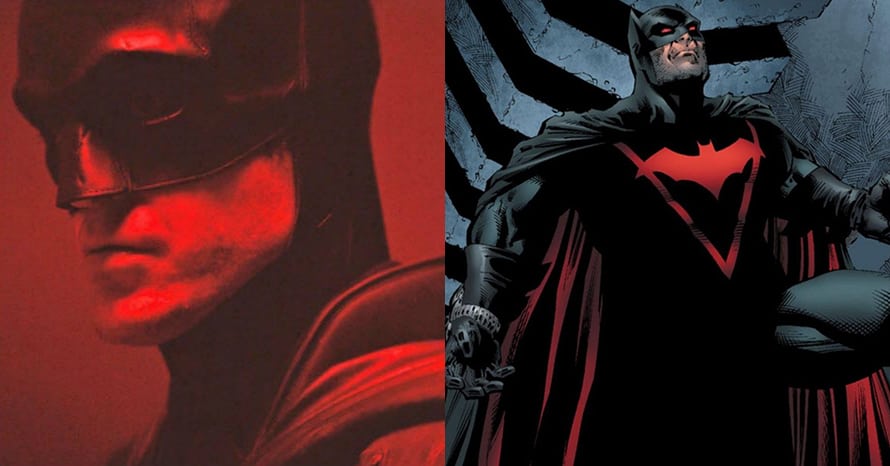 The Batman star Robert Pattinson steps into the Earth 2 Batsuit in an impressive new concept design.

One of the best things about Batman is the huge array of costumes he’s donned over his crime-fighting career. Some of them offer new gadgets to help him in his war on crime while others are there for their aesthetic value or to distinguish that it’s a Batman for a different universe. One popular Batman costume comes from Earth 2, giving the Caped Crusader a bright red Bat symbol on his chest.

A new concept design from ‘get2dachopra’ on Instagram puts The Batman star Robert Pattinson in the Earth 2 Batsuit. The design is also inspired by the Arkham Knight version of the Earth 2 Batsuit which was recently added into the game. The design gives the star red eyes, a cape with an inner red flair as well as the suit’s triangular chest design. It’s a unique look for the alternate universe, and although it probably won’t make it into the Matt Reeves film, it’s still cool to see Pattinson in the suit. Take a look below.

An edit of Pattinson in the Earth 2 Batsuit, in honor of the skin (FINALLY) dropping in Arkham Knight!

What do you think of the Earth 2 Batsuit design for The Batman star Robert Pattinson? Do you think the star should don something like this in a future film? Sound-off in the comments below!

Plot details for The Batman are being kept under wraps but the project will be centered on Robert Pattinson as a younger Bruce Wayne, chronicling Batman during his formative years as Gotham City’s protector. The Batman will also feature the hero making use of his detective skills more than what we’ve seen before in previous iterations of the character. The film is also expected to be the first installment to a new trilogy with Pattinson as Batman.

The Batman is set to hit theaters on October 1, 2021. Stay tuned to Heroic Hollywood for all the latest news regarding The Batman universe and subscribe to our YouTube channel for more exclusive video content.

READ  The Weekly Round-Up #572 With Seven To Eternity #14, Barbarlien: Red Planet #1, Star Wars: Bounty Hunters #7 & More Plus The Week In Music!
previousThey Want Your Attention. Don’t Give It to Them. – Serialpressit (News)
nextNetflix Just Renewed One Of Its Hottest New Shows