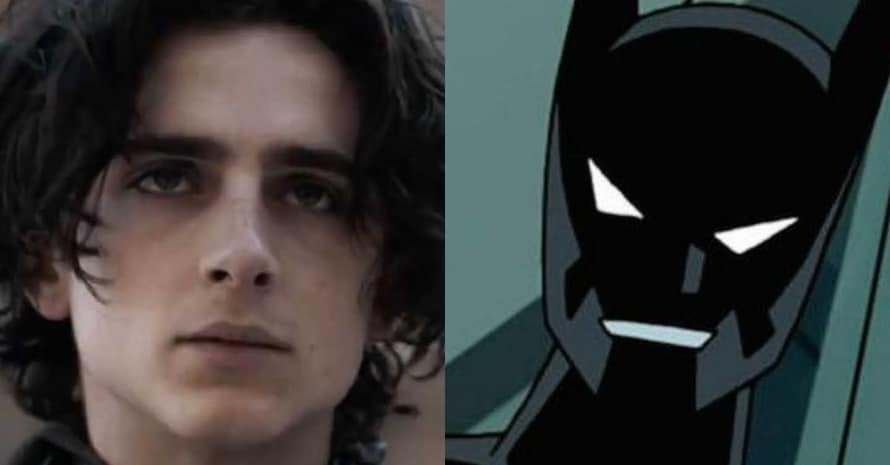 Dune star Timothee Chalamet suits up as a live-action Terry McGinnis from the beloved Batman Beyond animated series of the early 2000s.

For the first time ever, the big screen will be the home of several different live-action versions of Batman all at once. Robert Pattinson will play a young Dark Knight in The Batman while Michael Keaton and Ben Affleck will reprise their iterations for Ezra Miller’s The Flash. With Keaton back as an older Bruce Wayne, many believe it’s the perfect opportunity for a live-action Batman Beyond project to finally happen with Timothee Chalamet a top choice by fans for Terry McGinnis.

Timothee Chalamet is one of the biggest young actors in Hollywood at the moment who lost the role of Spider-Man to Tom Holland. However, many see Chalamet as a better fit in the DC universe.  If Warner Bros. ever brings Terry McGinnis to life for a Batman Beyond project, Chalamet looks like he could crush the role based on an awesome piece of fan art from digital artist Spdrmnkyxiii. You can check out the fan art below!

Do you want to see a Batman Beyond movie or HBO Max series with Michael Keaton? Is Timothee Chalamet your top choice for a live-action Terry McGinnis? Feel free to share your thoughts in the comments section below!

‘The Flash’: Former Writer Says Something ‘Fun’ Was Planned For Ezra Miller Film

Here is the official synopsis for the animated series:

From the ingenious team that brought audiences the Emmy® Award-winning “Batman: The Animated Series” comes the continuing legend of the Dark Knight with a futuristic twist as Bruce Wayne trains a new Batman for the 21st century.

Stay tuned to Heroic Hollywood for all the latest news on Timothee Chalamet’s Dune and all things pertaining to Batman. For more content, you can also subscribe to our YouTube channel!