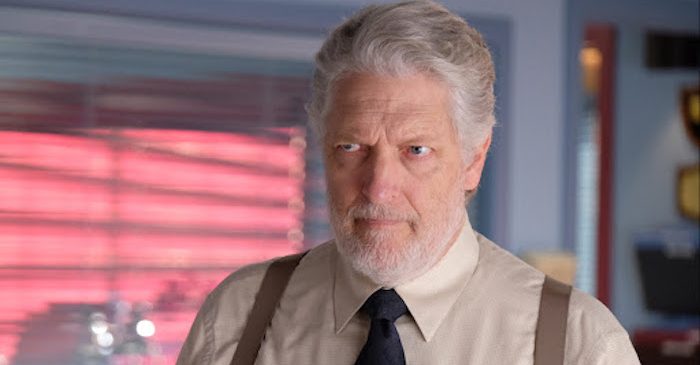 The Dexter revival has found its villain. Clancy Brown has been cast in Showtime’s revival of the serial killer crime drama as the primary villain of the show. It will be the latest in the long line of villainous roles for the Shawshank Redemption, Billions, and Carnivale actor.

Variety broke the news that Clancy Brown has joined Showtime’s revival of Dexter as Kurt Caldwell, the  “unofficial mayor of the small town of Iron Lake. He’s realized the American dream by going from driving big rigs, just like his father did, to now owning several trucks and the local truck stop. Powerful, generous, loved by everyone – he’s a true man of the people. If he’s got your back, consider yourself blessed. But should you cross Kurt, or hurt anyone that he cares for, God help you.”

Brown will join series lead Michael C. Hall, who reprises his role as the titular serial killer, in the 10-episode Showtime revival which will also bring back Clyde Phillips as showrunner and director Marcos Siega, who helmed nine episodes of the original series.

Phillips had previously assured fans that the revival would act as a “second finale” to the series following the much-maligned original finale that aired in 2013. “In so far as the ending of the show, this will have no resemblance to how the original finale was. It’s a great opportunity to write a second finale for our show, and Showtime was very gracious about that,” Phillips told The Hollywood Reporter’s Top 5 Podcast.

Plot details for the revival were also revealed in November: “Set 10 years after Dexter Morgan went missing in the eye of Hurricane Laura, the revival sees the character now living under an assumed name in a world away from Miami.”

The original series followed Hall as Dexter Morgan, “a complicated and conflicted blood-spatter expert for the Miami police department who moonlights as a serial killer.” Dexter learns to use his killer instincts for good by targeting killers, rapists, and other criminals, but struggles to maintain his double life. After several critically acclaimed seasons, Dexter began to take a nosedive a little more than halfway through its run, ending with Dexter growing a beard and becoming a lumberjack in Oregon, or something. The 10-episode limited series revival will pick up after those events, and perhaps give Dexter more of a moral comeuppance.

The new limited series is set to begin production in early 2021, with a tentative premiere date set for the fall of 2021.