After growing up as the daughter of Lionel Richie and little sister to Nicole Richie, it’s safe to say Sofia is used to a life in the spotlight. So, it should probably come as no surprise that this star-studded life has included some celebrity romances along the way. Most of Sofia Richie’s boyfriends have been fellow stars—whether that’s from her time rubbing shoulders with the KarJenner family, to the low-key Hollywood hotties she’s been dating since. Below, we take a look back at every lucky lover who’s had a chance to date the model so far, including details about who Sofia Richie’s boyfriend is in 2021.

Sofia went Instagram Official with music executive Elliot Grainge in April 2021, just days after Entertainment Tonight first reported that the pair were dating. On April 6, an insider told the site that the pair “have been friends for years and Elliot is also close with Sofia’s brother, Miles. It’s very nice for Sofia to date someone who her family approves of and likes.”

In a since-expired Instagram Story, Sofia confirmed the speculation by posting a photo of herself and Grainge looking ready to share a kiss. Grainge, who is the founder and CEO of independent record label 10K Projects, was said to be getting “serious” with the model just days after going public with their relationship.

“They started out as friends before they became a couple, and are now getting serious,” a source explained to Us Weekly at the time. “Their relationship took off and they have been getting closer and closer and spend practically every day together.” 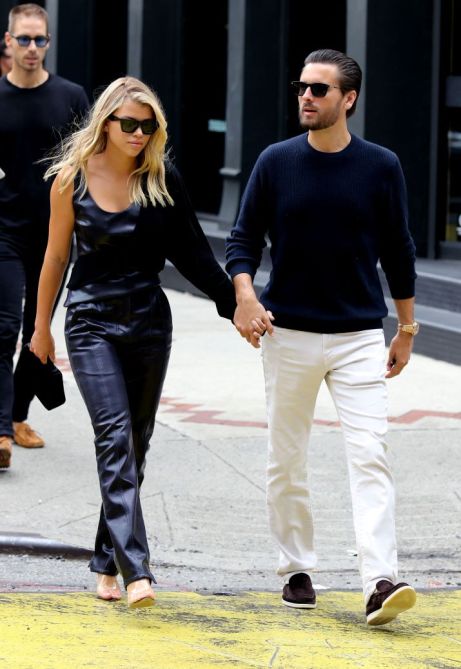 Before she moved on with Elliot Grainge, Sofia was in her longest relationship yet with Keeping Up With the Kardashians star and Talentless founder, Scott Disick. The pair, who had a 15-year age difference, started dating during the summer of 2017 and confirmed their relationship in September of that year. Scott and Sofia got so serious that she made her way onto episodes of KUWTK and even went on family vacations with his kids and his ex, Kourtney Kardashian.

But eventually, Scott’s bond with Kourtney seemingly impacted his relationship with Sofia—and not in a good way. By May 2020, Scott and Sofia ended their relationship after she was reportedly concerned about how much time he spent with the mother of his children. The pair continued to stay in touch and seemingly appeared to reconcile for some time over the summer, until finally calling it quits for good in August 2020.

Back in 2017, Sofia was rumored to be dating David Beckham and Victoria Beckham’s eldest son, Brooklyn. The model pair were spotted out and about together in Los Angeles and London over the winter in 2016 to early 2017 multiple times, though neither ever confirmed they were dating. 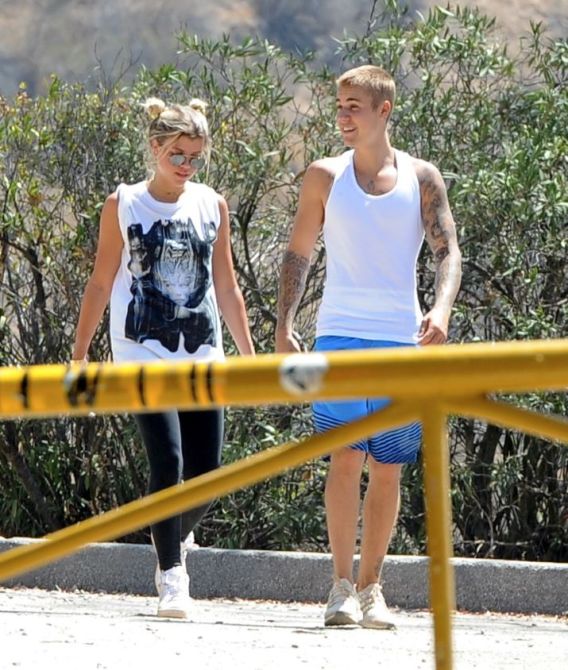 In 2016, Sofia and then-22-year-old Justin Bieber had fans convinced they were an item after they were spotted by paparazzi all over Los Angeles. In one instance, the pair were caught hiking up in Hollywood Hills together before then-18-year-old Sofia reportedly decided to join him on the road for his 2016-2017 Purpose World Tour.