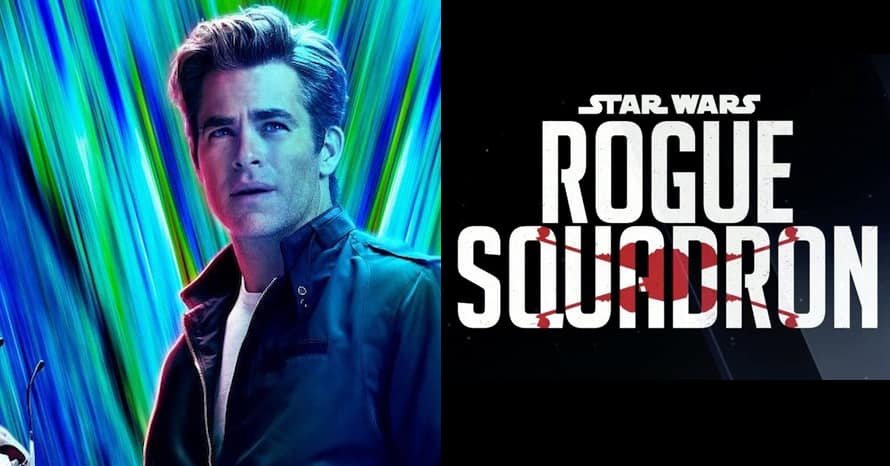 Most Star wars fans were surprised to learn during the Disney Investor day presentation that Patty Jenkins will helm one of the next movies set in a galaxy far, far away focusing on the ace fighter pilots of the Rebellion, Rogue Squadron. And since the director has worked closely with Chris Pine on the Wonder Woman movies, it comes as no surprise that she’s discussed the project with the star, and he had some high praise for the story she’s planning.

When speaking to Collider about Wonder Woman 1984, Chris Pine explained that he’s excited for Patty Jenkins to push the Star Wars universe in a new direction. The director had previously opened up about the how she feels on being the first woman to take on a Star Wars movie. Although Chris Pine was careful to point out that he won’t be involved with the film, he spoke to Jenkins about the Rogue Squadron story – calling it “really, really great.”

“I had spoken to her about, not my involvement, but the story. She talked to me about it. It sounds really, really great. But I’m ecstatic for her, excited for what she’s about to embark on. If there’s anyone that can reimagine and breathe fresh, new life into it, it’s her.”

What do you want to see from Rogue Squadron? Should Chris Pine cross over from Star Trek into Star Wars? What do you want Patty Jenkins to bring to the Lucasfilm franchise? Sound-off in the comments below!

Patty Jenkins Reveals She Almost Walked Away From ‘Wonder Woman 1984’

Patty Jenkins recently wrapped Wonder Woman 1984, which is set to hit theaters and HBO Max on Christmas Day of this year. She is expected to direct the third installment in the Wonder Woman series and is also attached to a live-action Cleopatra feature starring Gal Gadot for Paramount Pictures.

Stay tuned for the latest news regarding director Patty Jenkins, Chris Pine and Star Wars: Rogue Squadron, and make sure to subscribe to Heroic Hollywood’s YouTube channel for more content!