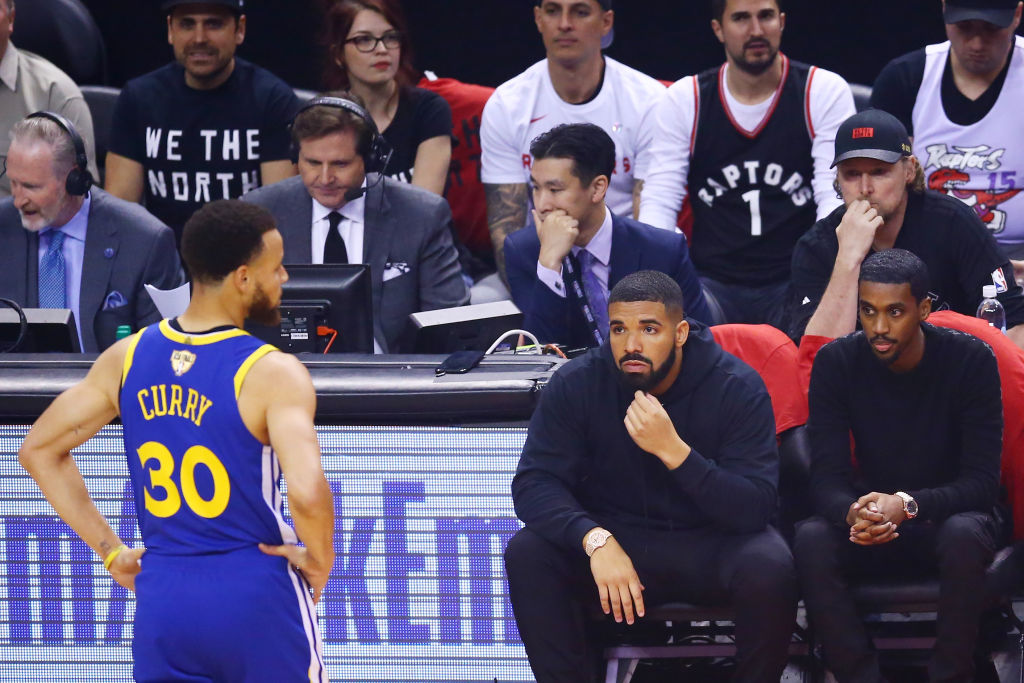 Drake‘s love for the game of basketball is well-known around the game, but did y’all know the Canadian crooner was once fined $500 by Warrior’s head coach, Steve Kerr?

The 2016 NBA Coach Of The Year revealed that he once had to hit the “God’s Plan” rapper with a small fine after he caused Steph Curry and Draymond Green to show up late to a team flight.

“We had a home game, and we were flying to L.A. after our home game, and we all got to the airport and Steph and Draymond weren’t on the plane.” After making some calls to figure out what was going on with two of the team’s biggest stars, they learned that Steph and Draymond were still at the arena with the 6 God. “We had a team rule at the time, that you could bring a friend on the plane a couple times a year, and unbeknownst to me, Steph decided to use one of his slots for Drake.”

As if Drake needed any help traveling around the country.

After the three amigos finally made it to their flight they were all fined $500 for holding up the team flight.

Thank you Steve Kerr for this great @Drake story. #Warriors fans you are going to love this. #ABC7Now #DubNation pic.twitter.com/oaayCxK6hR

Curry confirmed the story and reminded everyone that Drizzy even put it in a song where he rapped “I took the team plane from Oracle.”

“Me and Draymond were definitely late… I think he (Drake) put it in a song ‘Him taking the team plane from Oracle’ ” my follow up w/ @StephenCurry30 about Coach Kerr’s story earlier today fining Drake, Steph and Draymond $500. #ABC7Now #DubNation

Good thing non of these men are counting on those $600 stimulus checks to come through in the clutch.