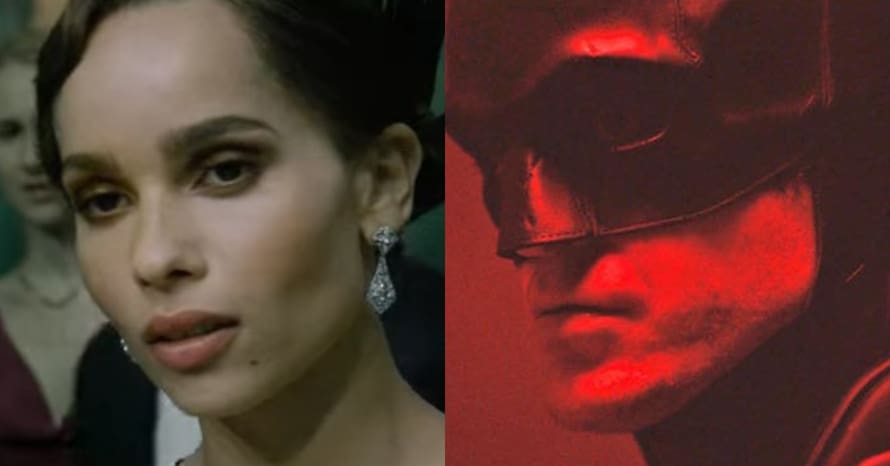 New photos from The Batman reveal Catwoman actress Zoe Kravitz on the U.K. set of the Matt Reeves film.

With production on Matt Reeves’ The Batman well underway in the United Kingdom after a brief shutdown, new images from the Liverpool set showed off Catwoman actress Zoe Kravitz attending the funeral of an influential figure in Gotham City. The new image of Kravtiz comes soon after shots of Robert Pattinson arrived online. And although the new pictures from The Batman don’t reveal more of the Catwoman outfit, it’s interesting that Selina Kyle would be attending the same event as Bruce Wayne.

The new photos show off the Catwoman actress walking tdown the steps of St George’s Hall in Liverpool alongside John Turturro’s Carmine Falcone. So it seems the criminal will clearly have ties to the notorious crime boss in Matt Reeves’ The Batman. Kravitz can be seen in the photos from JustJared.com wearing a stylish all-black outfit including knee-high leather boots. The stylish outfit the actress is wearing also feels strangely reminiscent of Michelle Pfeiffer’s Selina Kyle. Take a look at Catwoman actress Zoe Kravitz on Matt Reeves’ The Batman set below.

Zoe Kravitz was photographed in costume as Catwoman/Selina Kyle on “The Batman” set – see the photos! https://t.co/wjVfU2hufq

What do you make of Zoe Kravitz’s look in The Batman set photos? Are you excited to see more of the star as Catwoman? Sound-off in the comments below!

The Batman is currently scheduled to hit theaters on October 1, 2021. Stay tuned to Heroic Hollywood for all the latest news regarding Zoe Kravitz, Catwoman and the Batman universe, and make sure to subscribe to our YouTube channel for more content.

October 17, 2020
Star Trek Discovery has truly gone where no other show in the franchise has gone before. Season 3 kicked off this week and its premiere episode followed on from the end of season 2, where Michael Burnham went through a wormhole. In 3×01 “That Hope Is You, Part 1”, Sonequa Martin-Green’s heroine finds herself 1000 years in the future, where the galaxy is very different from the one she knew. The organization that ties together the whole Trek universe doesn’t exist anymore: the Federation, and therefore Starfleet, as well.