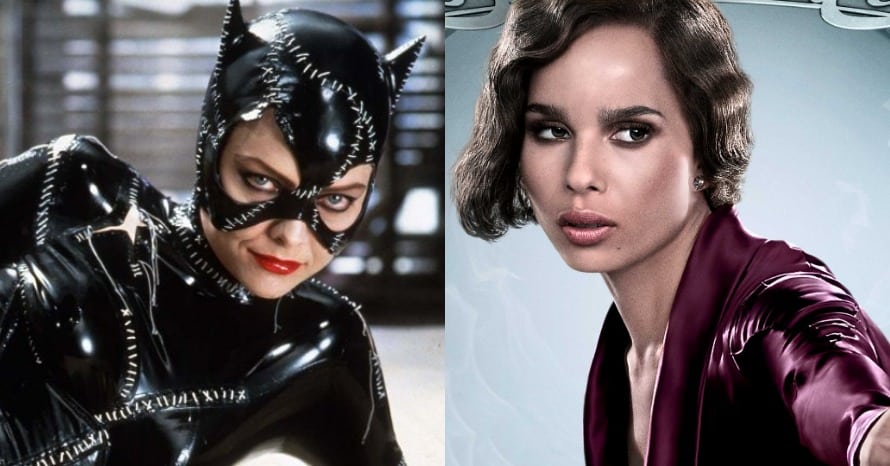 The latest photos of Zoe Kravitz from The Batman‘s United Kingdom set show off a clear reference to Michelle Pfeiffer’s Catwoman.

After fans recently got a look at The Batman cast filming a somber funeral scene in the U.K. many spotted an obvious homage to Michelle Pfeiffer’s Catwoman in Zoe Kravitz’s stunning outfit. The star had previously opened up about her outfit in the Robert Pattinson film, explaining that she worked alongside Matt Reeves and the costume designer on the film to piece together her Catwoman look. But even when Kravitz isn’t suited up as Catwoman, her wardrobe has a subtle reference to a previous cinematic version of Selina Kyle.

Christopher Nolan Is Excited To See Robert Pattinson In ‘The Batman’

The similarity between Zoe Kravitz and Michelle Pfeiffer was spotted by @SelinaMovieNews on Twitter, who pointed out that Kravitz’s new boots are undeniably similar to those worn by Catwoman in Tim Burton’s Batman Returns. The heeled boots in the 1991 film aren’t as shiny as the ones spotted on The Batman set, but the design is clearly a nod to the previous Selina Kyle. Take a look at the comparison photos below.

Honor the past. Embrace the future. #Catwoman #Boots #TheBatman

What do you think about the photos of Zoe Kravitz from The Batman set? Do you like the Michelle Pfeiffer reference? What do you want to see from the new Catwoman costume? Sound-off in the comments below!

The Batman is currently scheduled to hit theaters on March 4, 2022. Stay tuned to Heroic Hollywood for all the latest news regarding Zoe Kravitz, Michelle Pfeiffer and the Batman universe, and make sure to subscribe to our YouTube channel for more content.

READ  An Introduction to the Works of Rebecca Roanhorse